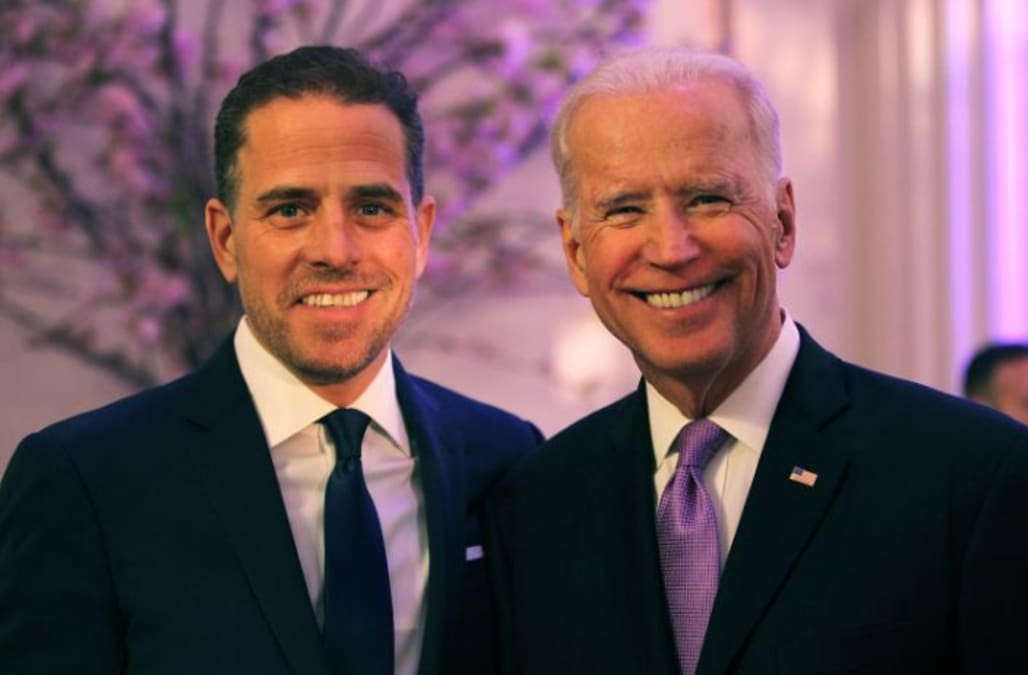 WASHINGTON — As President Trump’s Republican allies began to make noise Thursday about former Vice President Joe Biden’s role in pressuring the Ukrainian government to fire a corrupt prosecutor, Democrats spent part of their opening arguments in the Senate impeachment trial knocking down the idea that Biden did anything wrong.

“The allegations [against Biden] are groundless,” Rep. Sylvia Garcia, D-Texas, said during her presentation in the afternoon session.

Garcia, who is one of the seven House impeachment managers, spent several minutes going over the facts of what did and did not happen in 2015 when Biden visited Ukraine in his capacity as vice president to former President Barack Obama.

Biden told the Ukrainian government in December 2015 that $1 billion in aid would be withheld if the nation’s top prosecutor at the time, Viktor Shokin, was not fired. Biden related this conversation in a 2018 think tank appearance. Shokin was fired three months after Biden’s threat.

Republicans have accused Biden of taking this action to help his son Hunter, who at the time sat on the board of a Ukrainian energy company, Burisma Holdings. Trump said in December that Shokin “was digging into the company paying [Biden’s] son millions of dollars.”

Garcia went through the evidence that she said knocks the Republican allegations down, including the fact that Shokin was widely reputed to be corrupt. But as she began to address the topic of the Bidens, a Cheshire Cat grin spread across the face of Sen. Lindsey Graham, R-S.C.

Graham, who five years ago called Trump “a race-baiting, xenophobic, religious bigot,” has become one of the president’s most loyal allies in Washington. And before the trial began at midday on Thursday, Graham made clear that he plans to make Hunter Biden a much bigger part of the impeachment debate in the coming days.

“Nobody, particularly in your business, has done much looking at what happened in the Ukraine with Hunter Biden,” Graham told reporters, accusing the press of failing to look into the matter. “You’re going to hear more about that and I’ll tell you more tomorrow.”

But Graham seemed to be implying that his inquiries into the younger Biden were more in the form of unanswered questions than substantive evidence of wrongdoing.

“I know a lot about the Trump family and their dealings in Russia. I don’t know anything about the Biden connection to the Ukraine, so when the managers tell me that this has been looked at and debunked — by who?” Graham said.

Burisma is a company with a history of corruption. It added Hunter Biden to its board in April 2014, not long after the British government had frozen $23 million in assets belonging to Burisma’s owner, Mykola Zlochevsky, on suspicion of money laundering.

But according to the most authoritative reporting on the subject, Biden’s demand that Shokin be fired actually increased the likelihood that Burisma would be investigated for corruption, because the prosecutor had failed to pursue corruption cases.

Garcia, the Democratic impeachment manager, went over this evidence, pointing out that Shokin “was not actively investigating Burisma” when Biden called on Ukraine to fire him.

Bloomberg News reported last year that the Ukrainian government had opened its own investigation into Burisma after the British government’s action to freeze Zlochevsky’s assets, and that the case had been assigned to Shokin, who was a deputy prosecutor at the time, but that he let the case wither.

“He had let it go dormant,” Garcia said.

Shokin became the top prosecutor early in 2015, and throughout that year nothing happened in the Zlochevsky case, according to the Bloomberg report.

Kurt Volker, who, until last fall, was Trump’s special representative to Ukraine for two years, was one of several witnesses in the House impeachment inquiry who dismissed the allegations that Biden’s pressure on Ukraine to fire Shokin was anything but proper.

Volker’s testimony was requested by House Republicans, and he has often been cited by the GOP as a trustworthy voice.

Volker said that “the allegations against Vice President Biden are self-serving and not credible.” Volker also said the accusations against Biden are “conspiracy theories that have been circulated by the Ukrainians, particularly the former prosecutor general — they’re not things we should be pursuing as part of our national security strategy with Ukraine.”

As Garcia recited quotes from Voker and others, Graham and Sen. John Barrasso, R-Wyo., quietly mocked the Democrats’ argument. Graham rapped Barrasso’s right arm with the back of his left hand, and the two smiled, raised their eyebrows, and gestured as if to say, “If they said it, it must be true.”

Garcia also made the point that Trump only cared about the Burisma investigation once Joe Biden entered the Democratic presidential primary and polls began to appear on Fox News showing Biden leading Trump in a head-to-head matchup by double digits.

“President Trump wanted to hurt Vice President’s candidacy … when it became clear that Biden could beat him,” Garcia said. “It wasn’t until Biden started beating him in the polls that [Trump] called for this investigation.”

The House of Representatives impeached Trump in December for pressuring the Ukrainian government to announce an investigation into Biden’s call for Shokin to be fired. The allegation that Trump did so not out of a legitimate concern about corruption, but in order to benefit himself politically, is central to the first article of impeachment, the charge of abuse of power.

Nonetheless, Hunter Biden’s presence on the board of Burisma, which paid a significant amount of money to him, has created a massive political headache for his father and the Democratic Party. Hunter Biden has admitted he exercised “poor judgment” but maintains he did nothing illegal or unethical. He resigned from the company’s board in October.

During a break in the trial, Sen. Ted Cruz, R-Texas, said Democrats had made a “strategic error” by attempting to exonerate the Bidens, which made hearing from the former vice president’s son “critical.”

"If the House managers case is based on the allegations of corruption concerning Hunter Biden and Joe Biden being a scam then it is directly relevant," Cruz told reporters.

Graham continued to pound the drum on Thursday evening on Twitter, trying to make the case that Hunter Biden should be called as a witness in the impeachment trial.

“Wow. House Manager Garcia earlier today suggested to the Senate there are no witnesses to suggest there was anything wrong with Hunter Biden’s involvement with Burisma — one of the most corrupt companies in Ukraine!” Graham tweeted.  “She’s right, because House Democrats refused to allow House Republicans to call Hunter Biden or anyone else associated with Burisma!

“Will the storyline by House managers about the Bidens and Burisma withstand scrutiny? Stay tuned,” Graham said.