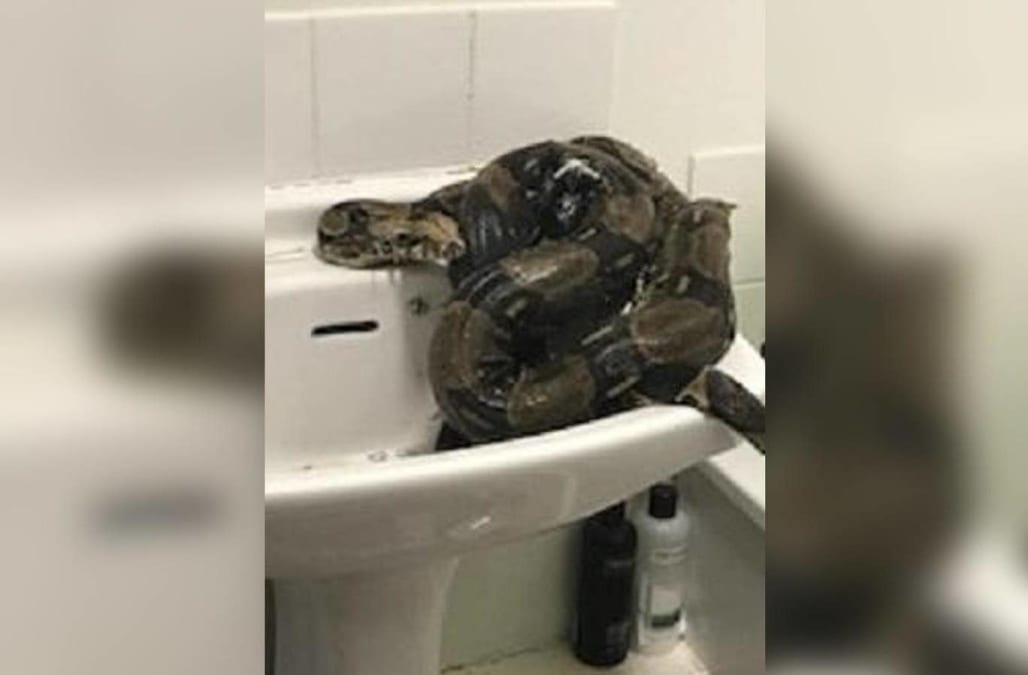 A British woman unexpectedly found a boa constrictor lurking in her bathroom in the middle of night, the Evening Standard reports.

The unidentified woman, who lives in Brunswick Mews, Birkenhead, allegedly discovered the 6- to 8-foot-long snake on Dec. 30 and called police around 1 a.m.

Upon arriving at the residence, authorities were "flabbergasted," according to the newspaper. The woman reportedly told law enforcement that neither she nor her neighbor knew where the reptile came from.

Unable to get a hold of animal organizations who could tend to the situation, police found Constable Chris Eastwood, a Merseyside police officer who had knowledge of snakes and confirmed that the snake was, in fact, a boa constrictor. 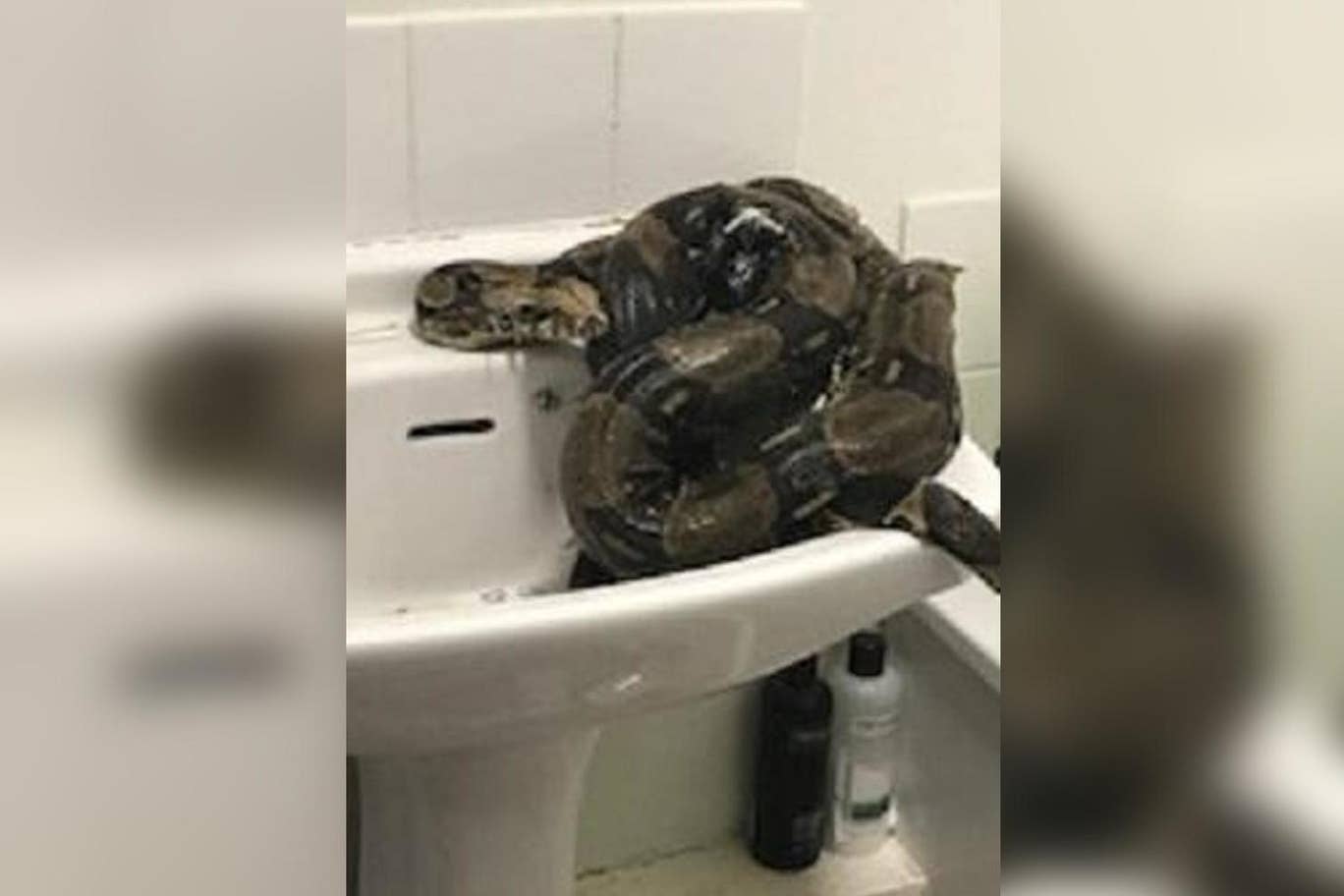 "He was able to calmly approach the reptile, which had wrapped itself around the bathroom sinks and taps, and, after giving it a drink of water, was able to coax it to unravel itself, so that he could put it into a large, safe container," Merseyside Police said in a statement.

"Constable Eastwood then made arrangements to have the snake temporarily housed at a local pet rescue facility," the statement continued. "The snake has been temporarily rehomed and is doing well."

Boas are nonvenomous snakes that are commonly found in tropical Central and South America, according to National Geographic. They can grow up to 13 feet long and weigh over 100 pounds.