Woman shares head-turning post after reading husband's will: 'Should I find a new man?' 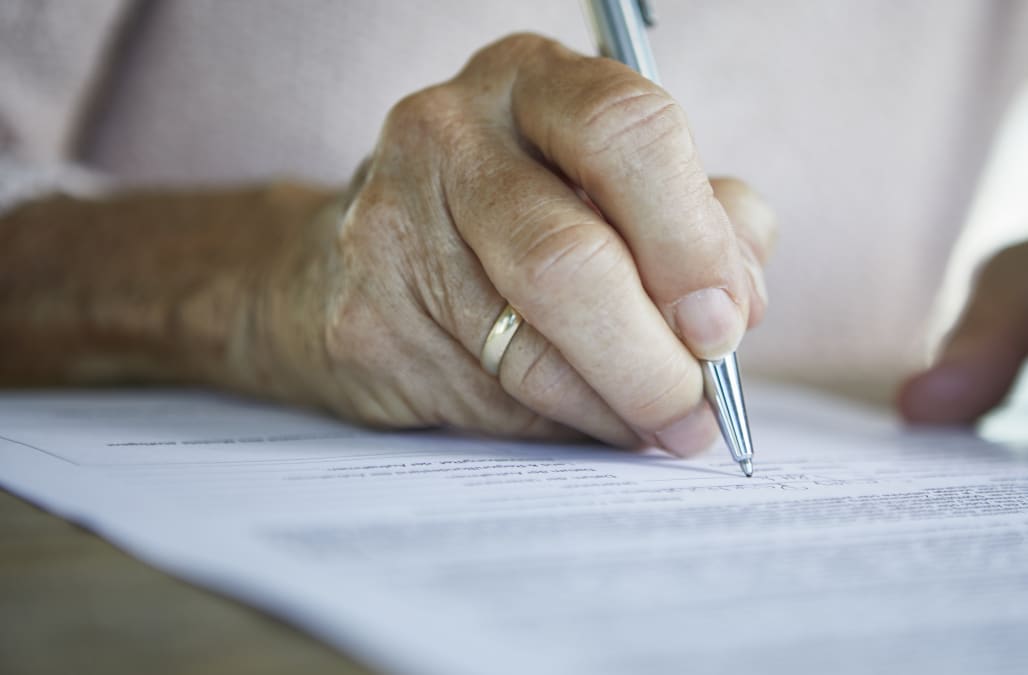 A 63-year-old Minnesota woman says she is considering leaving her long-time husband after learning he willed half of his assets to his only daughter.

The woman, identified only as T.S., wrote in a recently-published letter to the Moneyist — an advice column written by Marketwatch personal-finance editor Quentin Fottrell — that she felt "betrayed" upon learning she would not be the sole beneficiary of her husband's estate upon his death.

According to the scorned wife, her husband's only child lives in Tennessee with her own husband and their one daughter.

"They both have very good incomes," T.S. explained. "I am an only child and, when my parents die, I will have no family at all. When I married my husband, I assumed he and I were now a family and would always look out for each other."

"I recently found out that he is leaving half of all his assets to his daughter and half to me," she continued. "I have always had my husband as 100% beneficiary on all my assets. Now I feel like a third wheel and feel like he and I are not really family. I feel betrayed. The way I feel may be wrong, but it is still the way I feel. I am very depressed about this."

T.S. went on to compare her parents' financial plans to her own situation and even went as far as to say her coworkers agreed with her stance on the money matter.

"My parents are leaving everything to each other and, when they are gone, whatever is left will go to me," she said. "So it took me by surprise that my husband is not doing the same. And women with children that I work with are doing it that way also. They told me that if they found out their husbands were only leaving half to them and the other half to their kids, they would be very angry."

"I can’t help but think that — even though I am now 63 — there may be a man out there looking for someone to marry and have as his family," she ended her letter.

The Moneyist's Fottrell wrote back to her in no uncertain terms.

"You are equating your husband’s estate plans with his level of love for you," the advice columnist wrote."If he is only leaving you 50% of his assets, does that mean he loves you less? Even 50% less? Does that mean he doesn’t fully have your back? That might be how it feels now, but that doesn’t make it true."

"It’s natural for a person to make sure their spouse is taken care of and won’t be left out on the street after they’re gone, and assuming that you will have enough money to live on and a place to live, I don’t see why he should make a choice between you and his daughter," he continued.

The response went viral on Reddit last Wednesday after a user shared a screenshot of the headline with the caption, "I'm only getting 50% of my husband's money when he dies! I need a new man!!"

I'm only getting 50% of my husband's money when he dies! I need a new man!! from r/trashy

"Yes. Get another man," another wrote. "Sincerely, The daughter."

Some users even flocked to the comments section to share their own personal stories with similar financial situations.

"My brother passed away last year and his ex wife pitched a fit over not being named as a beneficiary of his insurance policy," one wrote. "He willed it all to his kids in trust, instead."

"My money goes to my husband and ex husband," wrote another. "Hubby so he can pay off bills and keep the house, ex husband so he can have immediate finances to take care of the kids because they will go with their dad. We don't hate each other any more though so that helps."

Ultimately, the Moneyist said he found the woman's desire to look for a new husband because she "won’t receive 100% of [his] estate" when he passes away an "overreaction at best."

"What were your expectations going into this marriage? Did financial security figure into your decision to marry him? Do you co-own the family home?" he wrote. "These are fair questions to ask."

"But this is also a good time to ask questions of yourself," he ended the column.