Ted Cruz wanted to talk about one thing after impeachment trial: 'Banging' 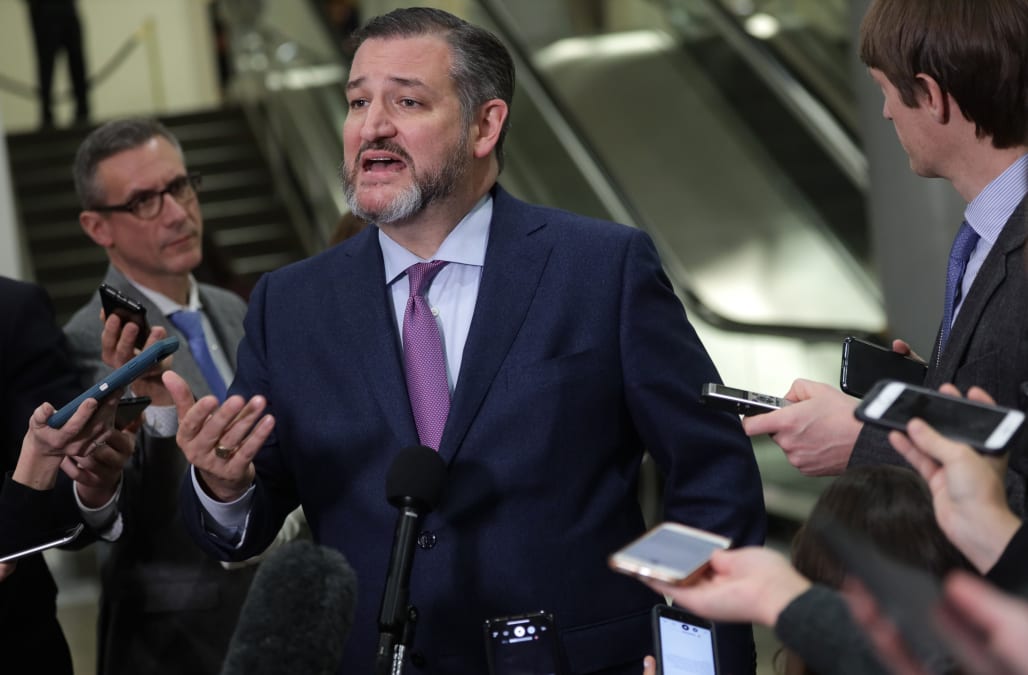 Sen. Ted Cruz stopped to talk to reporters after the first full day of the Senate’s impeachment trial of President Trump and couldn't stop saying one thing.

While talking to reporters on Tuesday, the Republican senator from Texas accused Democrats of using the impeachment trial to "lecture the American people and attack the president" before launching into an "old saying."

This isn't the first time Cruz has used the saying, which he claims is used among Texas trial lawyers. Last year, he whipped out the line during the government shutdown.

"It is clear House Democrats view this as an opportunity to continue their partisan attacks on the President instead of focusing on the priorities of the American people," Cruz added of the impeachment trial.

On Wednesday, the Democratic House impeachment managers began their opening statements. They'll have 24 hours over the course of three days to present their case, CNN reported.