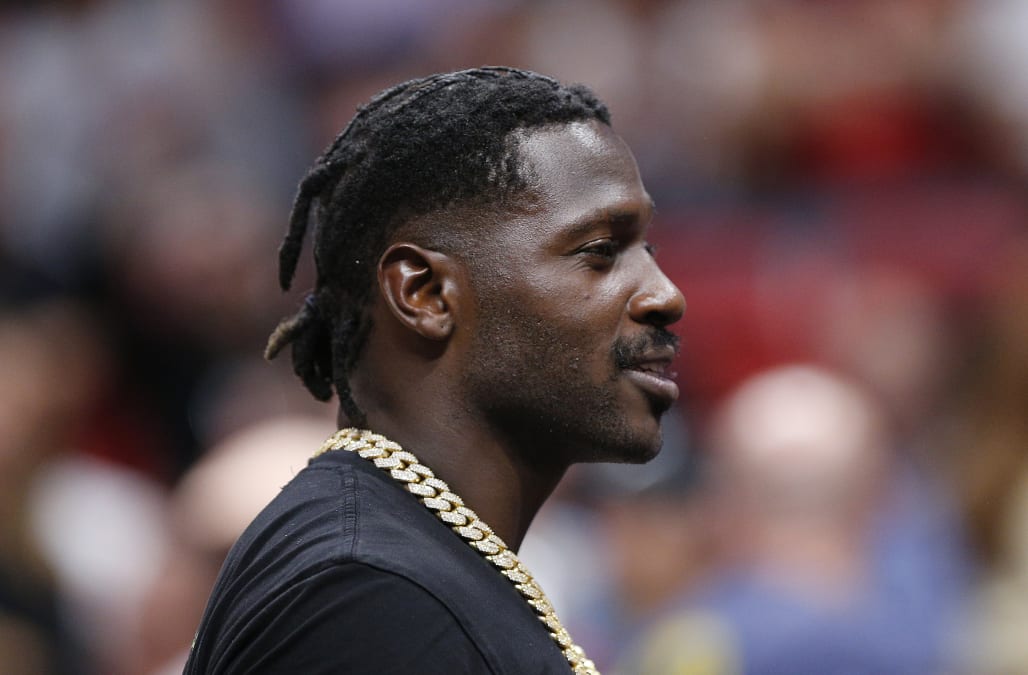 On Tuesday, there was a heavy police presence outside of the Hollywood, Fla. home of out-of-work receiver Antonio Brown. The police have become frequent visitors to the residence, part of a gated community in the city.

There was an alleged battery incident on Tuesday involving a moving truck driver as the victim. Brown’s trainer, Glen Holt, was taken into custody in connection with the incident and charged with “burglary with batter.”

Brown is also a suspect in the case, but thus far, police haven’t gotten any cooperation from him.

As of Wednesday morning, Lata told USA Today that Brown had “locked himself in his house,” and multiple attempts to contact him have been unsuccessful.

While Brown may not be responding to police in a criminal inquiry, he took time on Wednesday morning to tweet the link to a new song he made available on iTunes. He also posted a short video on Instagram announcing the release.

As ever, he clearly has his priorities in order. (This is, of course, sarcasm.)

With NFL decision-makers in Mobile, Ala. for the Senior Bowl, one high-ranking team official told Yahoo Sports’ Charles Robinson on Tuesday night that any discussion of Brown coming back into the NFL would likely begin with an evaluation of his mental health.