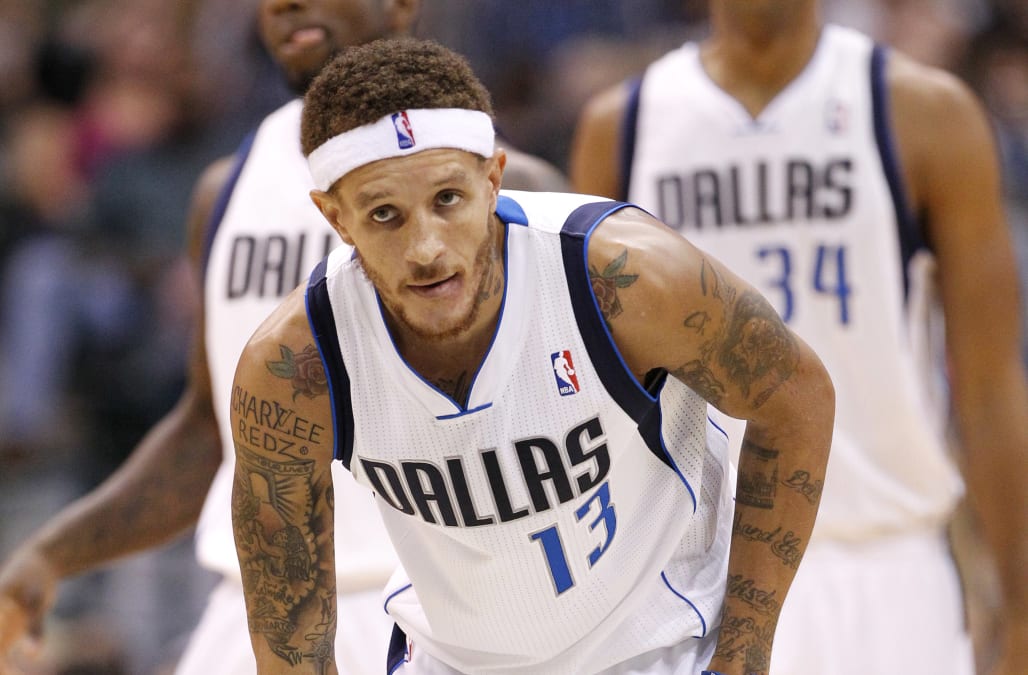 A Maryland police officer was suspended on Tuesday for filming a video showing former NBA player Delonte West handcuffed and in rough shape after an alleged altercation that went viral on social media, according to the Associated Press.

A pair of videos circulated on social media on Monday, one of which showed West being attacked in the middle of a Washington, D.C.-area road. Another showed him shirtless in handcuffs talking to police, where he accused the attacker of pulling a gun on him.

According to the Associated Press, Prince George’s County Police confirmed that the man in the videos was West, and that one of their officers recorded the second video of him in handcuffs. That officer was suspended Tuesday after an investigation.

Police said that they responded to a call about a fight near the MGM National Harbor casino right on the border of Washington, D.C. and Maryland. They saw West bleeding from the face upon arrival, per the report, and “made the decision to handcuff” him.

West, police said, knew the man who attacked him and said that they had argued that morning. He refused medical treatment and declined to press charges.

West, who played in the league for eight seasons from 2004-2012, has struggled both during the backend of his career and since it ended. He revealed that he was diagnosed with bipolar disorder in 2008, and pled guilty to two weapons charges in 2010. He has been involved in several incidents since, too, including one in 2016 where he was reportedly seen in a Houston-area Jack in the Box in rough shape.

The videos sparked widespread reaction from both athletes and sports fans, including from former teammate Jameer Nelson, West’s college coach Phil Martelli and even former NFL wide receiver Dez Bryant — all of whom were looking to get West help.