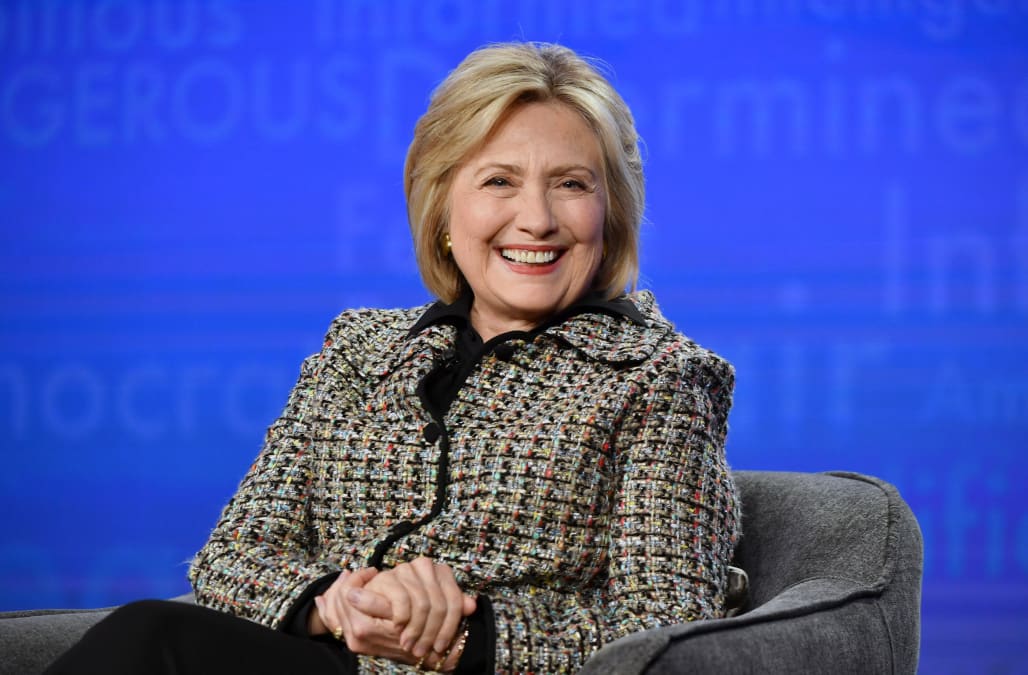 Former Secretary of State Hillary Clinton responded on Tuesday to criticism over comments she made about leading 2020 Democrat Bernie Sanders, saying that she will support whoever the nominee is no matter what.

In footage taken for a four-part Hulu documentary set to premiere at the Sundance Film Festival this week, Clinton criticized Sanders, saying that "nobody likes him" in Washington.

"He was in Congress for years. He had one senator support him," Clinton said in the documentary series, according to The Hollywood Reporter. "Nobody likes him, nobody wants to work with him, he got nothing done. He was a career politician. It's all just baloney, and I feel so bad that people got sucked into it."

Clinton also would not explicitly commit to supporting Sanders if he became the Democratic nominee.

"I'm not going to go there yet," she told The Hollywood Reporter in an interview. "We're still in a very vigorous primary season."

On Tuesday evening, Clinton defended her words, saying that she was just providing her "authentic" outlook on the upcoming election season — and she clarified support for the Democratic nominee.

I thought everyone wanted my authentic, unvarnished views!

But to be serious, the number one priority for our country and world is retiring Trump, and, as I always have, I will do whatever I can to support our nominee.

"I thought everyone wanted my authentic, unvarnished views!" she wrote on Twitter.

"But to be serious, the number one priority for our country and world is retiring Trump, and, as I always have, I will do whatever I can to support our nominee," she continued.

Sanders responded to Clinton's comments, telling NBC reporter Geoff Bennett on Tuesday that he still has at least one fan at home.

Clinton has butted heads with her 2016 Democratic rival in the past.

Sanders endorsed the former secretary of state after waiting a full month during the 2016 election.

Clinton later said she was disappointed by how long it took for Sanders to declare his support. She discussed her feelings in an interview last month with Howard Stern last month.

"I hope he doesn't do it again to whoever gets the nomination," she said.

Polls indicate that Sanders has been surging in polls in early-voting states in recent weeks, and a recent poll from Morning Consult on voter opinions found that Sanders was the most popular U.S. senator.

More from Business Insider:
Joe Biden accused the Bernie Sanders campaign of putting out a 'doctored video' after it cut a speech recording short
Here are the winners and losers of the 7th Democratic primary debate in Iowa
Tom Steyer gets his big moment by awkwardly interrupting Bernie Sanders' and Elizabeth Warren's post-debate exchange