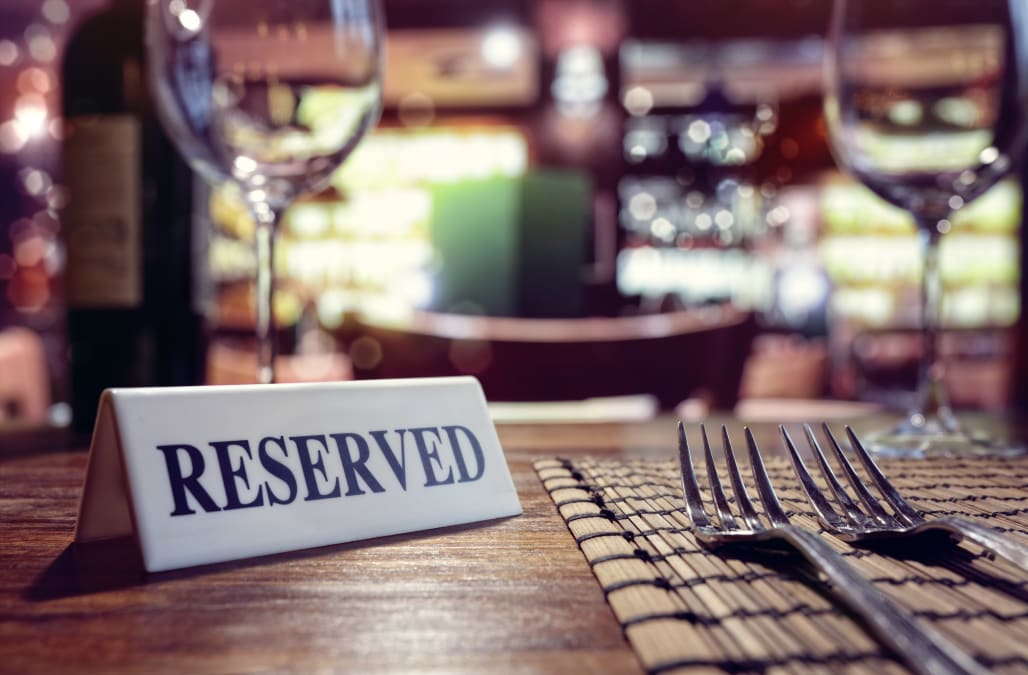 A British man is speaking out against a critically acclaimed restaurant his father's death turned into an argument over the eatery's cancellation policies.

Martin O'Grady made a reservation for himself and five friends to eat at the Fordwich Arms, a Michelin-starred gastropub that was named the U.K.'s restaurant of the year in 2018. O'Grady paid a £660 ($862) deposit to book the dinner, which was meant to celebrate both his birthday and New Year's Eve, Vice reported.

But just days before the dinner, O'Grady received word that his father had had an accident while traveling abroad. On Dec. 31, which was both O'Grady's birthday and the date of the reservation, his father died.

O'Grady tried to cancel his reservation several times throughout the traumatic event, starting with one attempt days before his father's death — when one of his friends called the Fordwich Arms and explained that they'd need to reschedule due to an emergency.

"One of our party called the restaurant on 27th December in advance to make the manager aware of what had happened and to request a postponement of our dinner date. He received a recital of nonsense about terms and conditions and that our dinner date could neither be refunded nor changed to a later date," O'Grady wrote on a community Facebook page for residents of Canterbury, England.

His friends tried again to cancel the policy on the day of the dinner — explaining that their friend's father had died and that they simply wanted to reschedule. O'Grady noted in his post that they never even asked for a refund on their deposit. Still, the restaurant allegedly refused them. 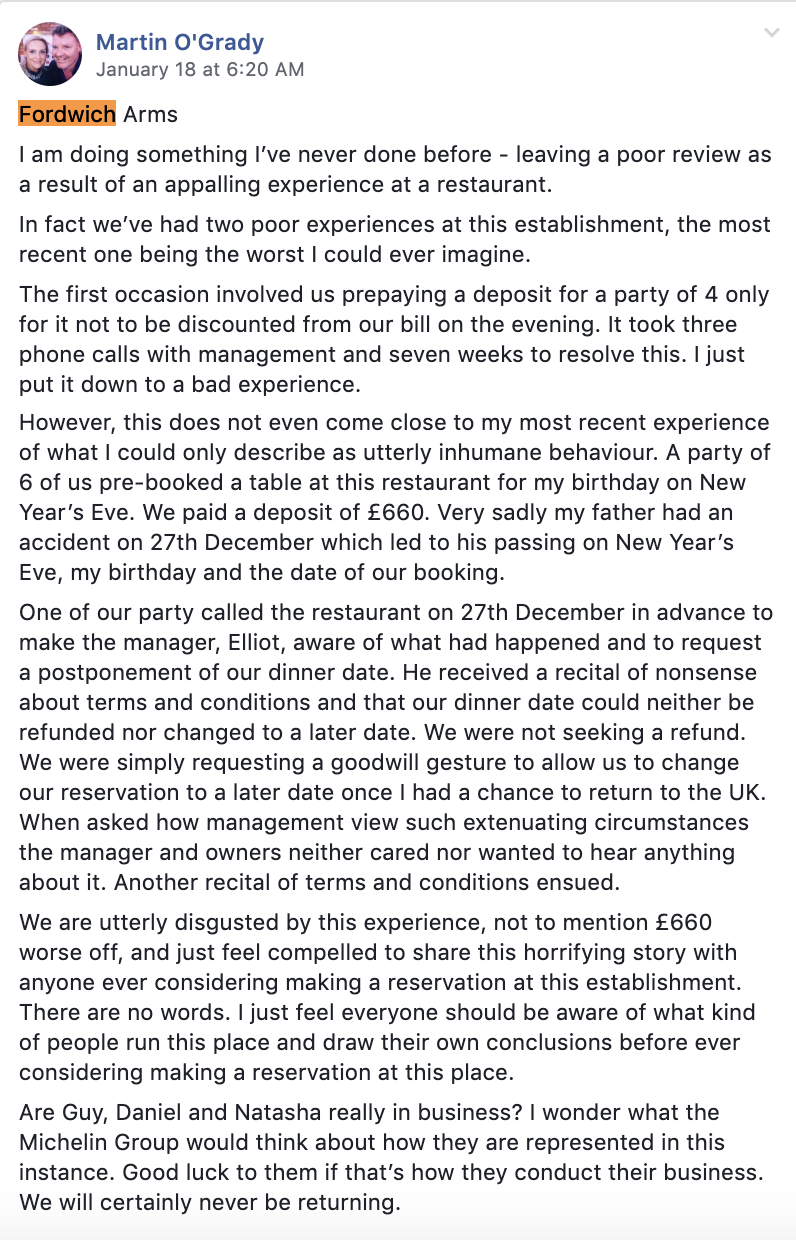 The restaurant, however, has since refuted O'Grady's claims. Dan Smith, the head chef and co-owner of the Fordwich Arms, told Kent Oline that he had not offered the group a full refund, but did say he would repay O'Grady and his partner for their portion since they couldn't make it.

"With it being New Year's Eve, this particular menu utilized a lot of premium expensive ingredients which were purchased specifically for the event and ensures that no food is wasted," Smith added. "As a small independent restaurant in the current financial climate, it is vital we take steps like these to take pre-payments to protect our business."

That response didn't sit well with O'Grady though. He told Kent Online he didn't believe the restaurant truly felt sorry for what he had previously called an "appalling experience."

"They are 'sorry for my loss'? They didn’t communicate that to me. It seems that all the negative comments and criticism have pressurized them into commenting," he told Kent Oline. "Their rationale is just about economics. The human aspect of this seems entirely lost on these people."