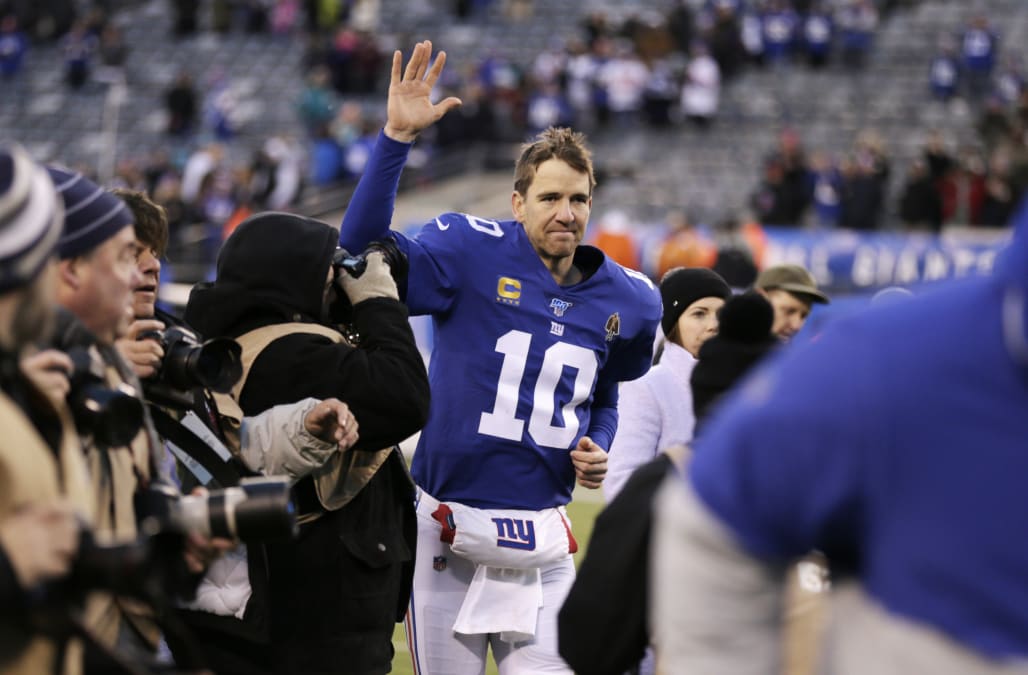 Eli Manning decided he will start and end his career as a New York Giant.

Manning was facing an uncertain NFL future, but he has decided he’s not continuing his career with another team. The Giants announced on Wednesday afternoon that Manning will retire.

With that, a long and successful career ends. And a heated Pro Football Hall of Fame debate officially starts.

Manning was the first overall pick of the 2004 NFL draft. He didn’t want to play for the San Diego Chargers, and the Giants traded for him. He became a Giants legend.

Manning will be best known for two playoff runs. At the end of the 2007 and 2011 seasons he led the Giants to the Super Bowl, where they beat the New England Patriots. Manning won Super Bowl MVP both times. The Giants’ defeat of the undefeated Patriots in Super Bowl XLII was a historic upset, best remembered for Manning escaping the Patriots’ rush and hitting David Tyree downfield for what will forever be known as “The Helmet Catch.”

Manning ranks seventh all time in passing yards and passing touchdowns. Most quarterbacks who finish that high on the all-time lists and also have two rings would be considered easy picks for the Hall of Fame. But the Manning debate has been going on for years, and will continue for at least five more years.

Is Manning a Hall of Famer?

Manning was never an NFL MVP or really even a strong contender for the award. He made four Pro Bowls in 16 NFL seasons. His critics will say he was a good quarterback who got hot for two postseasons, and that shouldn’t be enough to make the Hall of Fame.

He wasn’t likely to add too much to his resume. Manning’s play had slipped in his late 30s. He lost his job in 2019 to rookie Daniel Jones. Manning’s contract was up, and he could have gone elsewhere but likely as a backup. It made sense why he’d walk away now.

The final few years of Manning’s career were awkward. As he and the Giants struggled he got benched for one game in 2017, a controversial moment that was the last straw for Ben McAdoo as head coach. That broke Manning’s long consecutive games streak. He spent most of his last season as a backup. Manning did get two starts late in the season when Jones was hurt and led a Giants win over the Dolphins in what would be his final NFL game.

Giants fans will remember the toughness, the championship runs, the community work (Manning won the NFL Walter Payton Man of the Year Award in 2016) and how he represented a proud franchise. He’s a Hall of Famer to the Giants faithful. In five years, we’ll find out if the Pro Football Hall of Fame voters agree.