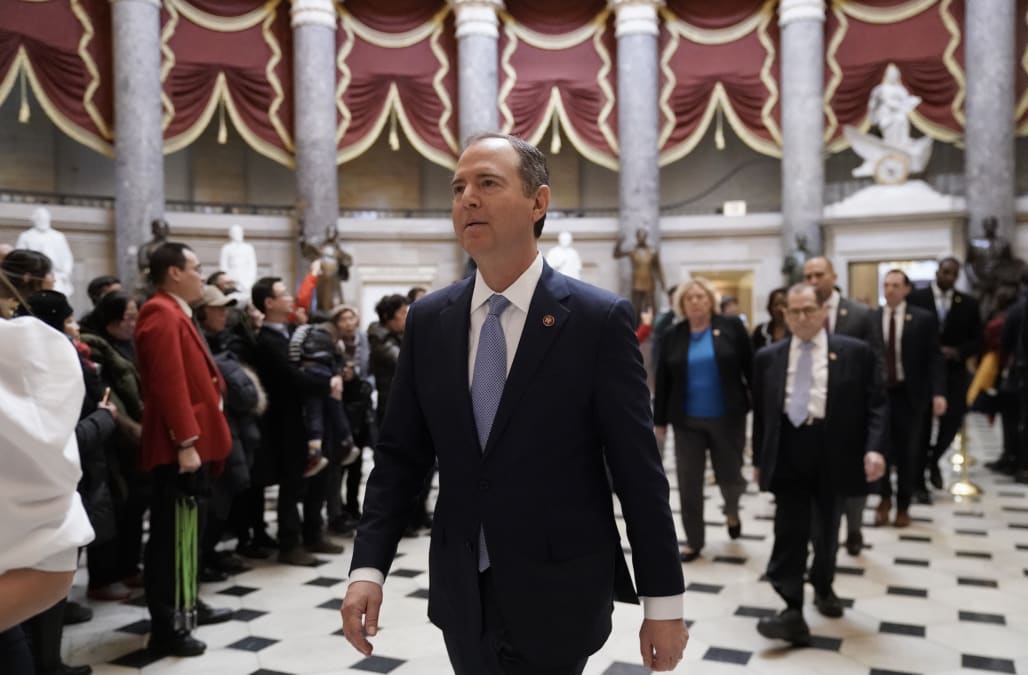 The lead House impeachment manager, Adam Schiff, joined the Senate Democratic leader in slamming the rules unveiled by Republicans late Monday for the Senate trial, calling the guidelines “a process for a rigged trial.”

“This is part and parcel of an effort to cover up the president’s misconduct,” Schiff, a California Democrat and the chairman of the House Intelligence Committee, said Tuesday morning.

Schiff and the six other impeachment managers spoke to reporters on the House side of the Capitol, a few hours before the Senate was set to begin proceedings.

Senate Majority Leader Mitch McConnell, R-Ky., released the rules Monday evening after keeping such a close hold on them for weeks that even President Trump’s legal team had reportedly not seen them.

The biggest change from the 1999 Senate impeachment trial of then-President Clinton is that the House managers — essentially the prosecution in the case — will have only two days for opening arguments, a severe limit compared to 21 years ago.

This time, McConnell’s rules give each side 24 hours, but limit their use of that time to two “session days.” So because arguments can’t start until at least 1 p.m., that means the impeachment managers will have to go well past midnight if they want to use the majority of their time.

But Republicans have a 53-to-47 majority in the Senate, and can pass the rules with no Democratic support with just 51 votes.

Schumer said Tuesday morning that he will offer a series of amendments to force votes on whether the Senate will subpoena documents that the White House has refused to turn over related to Trump’s hold on military assistance funding to Ukraine, and to subpoena testimony from witnesses.

“Right off the bat, Republican senators will face a choice about getting the facts or joining Leader McConnell and President Trump in trying to cover them up,” Schumer said.