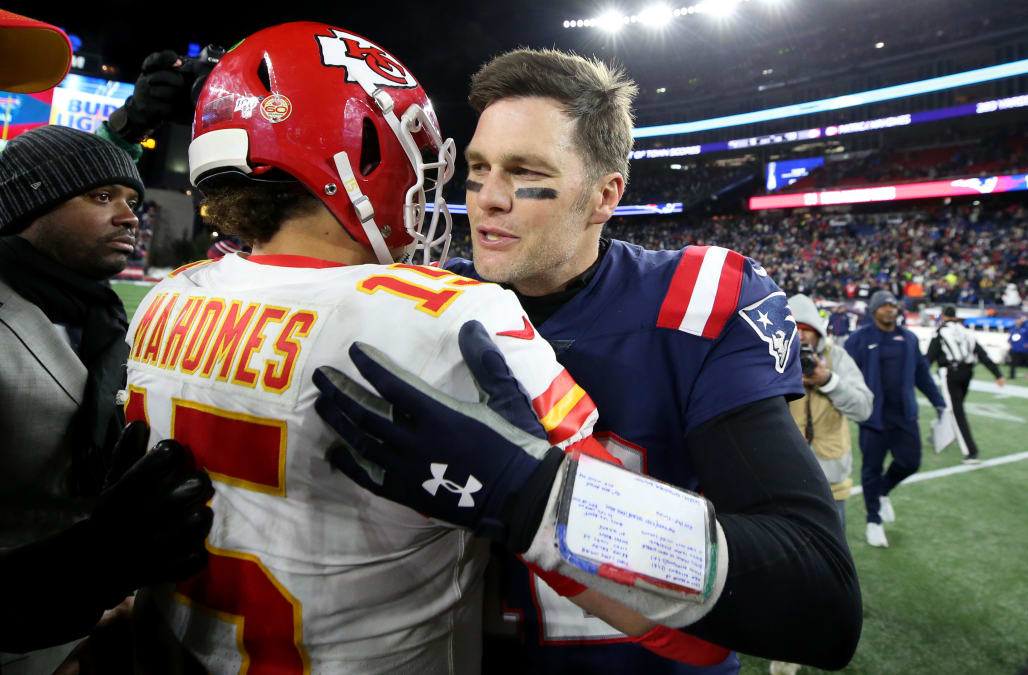 Patrick Mahomes and the Kansas City Chiefs punched their ticket to Super Bowl LIV on Sunday with a 35-24 victory over the Tennessee Titans. It will be the Chiefs first Super Bowl appearance in 50 years.

Kansas City's journey to the Super Bowl has come thanks to two impressive comebacks. In the divisional round, the Chiefs spotted the Texans a 24-0 lead to start the game, only to storm back behind a blazing offensive performance to win 51-31. Then in the conference title game against the Titans, the Chiefs again trailed early before Mahomes led the team on three straight touchdown drives to end the first half.

But the most impressive comeback of the Chiefs journey has been taking place all season. Last year, Kansas City dominated the NFL with their offense and the MVP play of Mahomes, but fell short in the AFC Championship, losing to Tom Brady and the New England Patriots.

Mahomes was brilliant in that game, throwing for 295 yards and three touchdowns and leading the Chiefs on two critical scoring drives in the final minutes of the game to force overtime. But the Patriots won the coin toss to start the extra period and drove the field to win the game with a touchdown before Mahomes could even get a shot with the ball.

After the game, Brady pulled Mahomes aside, and the two spoke for close to five minutes in the bowels of Arrowhead Stadium. This Sunday, after leading the Chiefs back to the Super Bowl for the first time in 50 years, Mahomes revealed to Peter King what was said between the two quarterbacks as a part of his "Football Morning in America" column for NBC Sports.

"The biggest thing he said was, 'Stay with the process and be who you are.' He didn't want me to change at all. He wanted me to go out there and take advantage of every single day. When you hear it from a guy like that, who's had the success at the level that he's had for his entire career, you know you've got to take advantage of every single day if you want to be great."

Mahomes almost didn't watch the Super Bowl, but he did turn it on at his home in Kansas City. "I used that," he told me, "to just make sure that I did everything to prepare to be in this moment now—and not be sitting at home."

Mahomes seemed to heed the advice Brady gave him, and this year, his persistence was rewarded, as he will lead the Chiefs in the first Super Bowl start of his young career.

Should Mahomes continue to play as well as he has through his first two seasons as a starting quarterback, there's a good chance he'll be the one offering sage advice to youngsters in a few years.