Man called 'murderer' for bizarre book-transporting hack: 'This is terrorism' 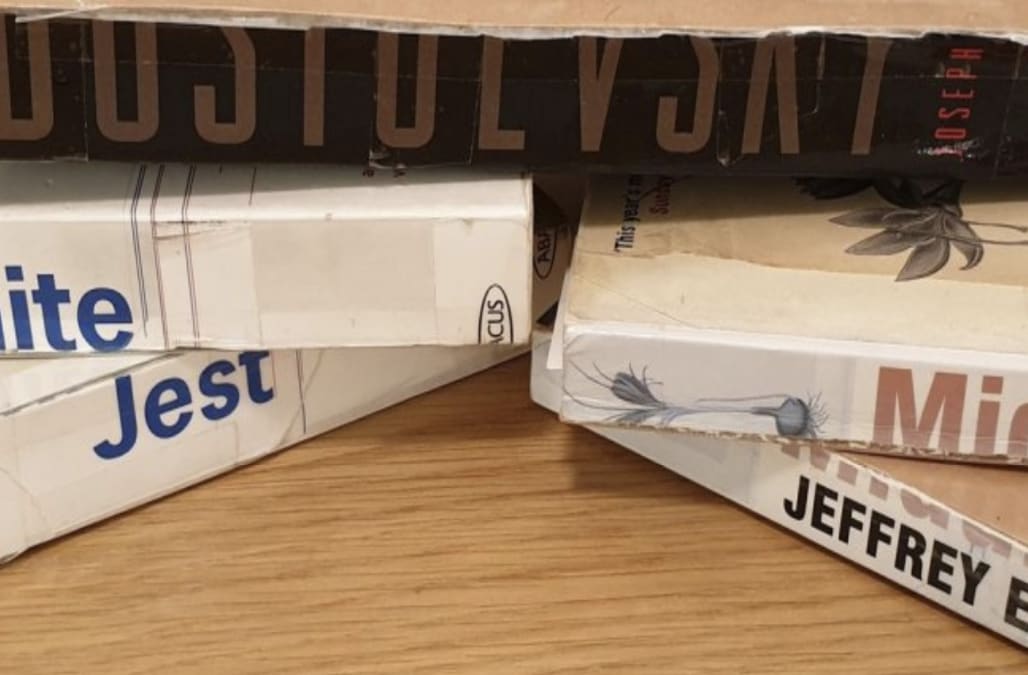 A Twitter user is tearing the internet apart after revealing he cuts lengthy books in half to make it easier to carry them around.

Alex Christofi posted the divisive picture of his sliced up books on Twitter on Tuesday, to the horror of thousands of strangers and his coworkers.

"Yesterday my colleague called me a 'book murderer' because I cut long books in half to make them more portable. Does anyone else do this? Is it just me?" Christofi captioned the picture.

Yesterday my colleague called me a 'book murderer' because I cut long books in half to make them more portable. Does anyone else do this? Is it just me? pic.twitter.com/VQUUdJMpwT

"Is it just me, he says, posting a murder on the timeline," someone responded.

"This is terrorism," said another reply.

A lot of anti-book cutters also asked why Christofi never considered just buying a Kindle if the weight of his books was too much of a burden for him.

The Strand Book Store, SparkNotes and Penguin House accounts all chimed in on the debate too:

The two books in Christofi's tweet are "Infinite Jest" by David Foster Wallace (1,079 pages) and "Dostoevsky: A Writer in His Time" by Joseph Frank (2,500 pages).

Christofi told Metro.co.uk that this was the only way he could get himself to read.

"I used to find that I almost never read long books," he said. "I would buy them and they would sit on my shelf and I wouldn’t take them outside."

As of this reporting, Christofi has updated his Twitter bio to appropriately include "Book murderer."