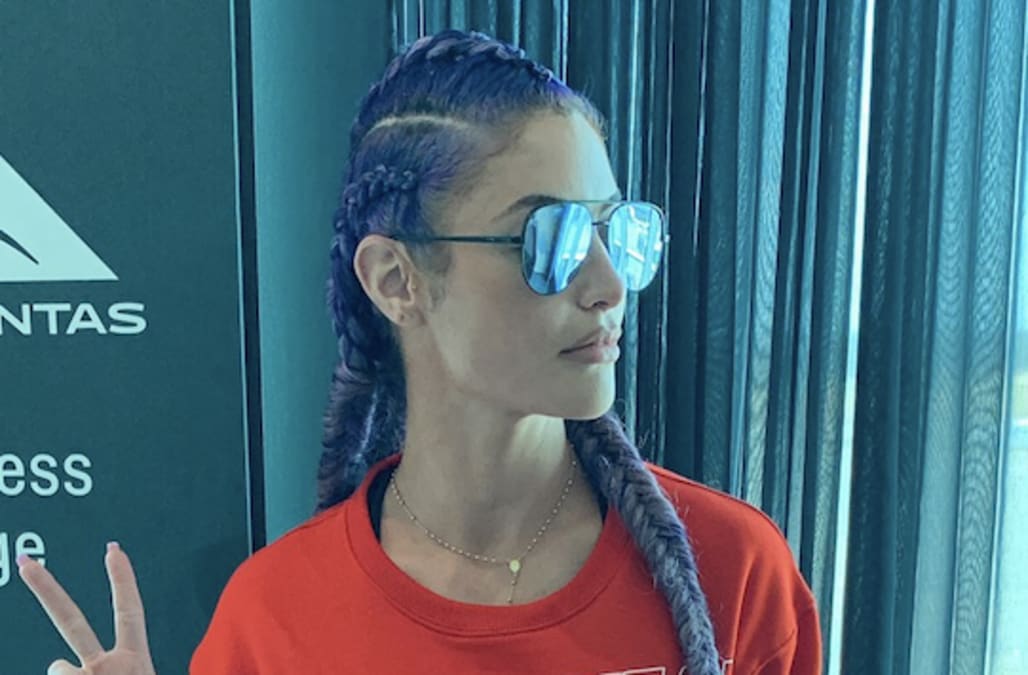 A woman is accusing an airline of "gender discrimination" after she says she was prevented from entering its business class lounge because of her outfit.

Natalie Marie Coyle, a former WWE wrestling star, was attempting to access the Qantas Airways business lounge at Australia's Melbourne Airport last Thursday when the alleged incident occurred. The wrestler-turned-fitness-model, known professionally as Eva Marie, said that despite having purchased a business class ticket for her upcoming flight, she was not allowed to enter the lounge beforehand.

"In 2020 @qantas airlines Melbourne won’t allow a woman holding a business class ticket to enter their business class lounge in active wear," Coyle, who was wearing an orange athletic jumpsuit at the time, tweeted about her experience. "My business IS fitness and an active lifestyle. Qantas prefers their women in a dress. #genderdiscrimination #qantas."

In 2020 @qantas airlines Melbourne won’t allow a woman holding a business class ticket to enter their business class lounge in active wear. My business IS fitness and an active lifestyle. Qantas prefers their women in a dress. #genderdiscrimination#qantaspic.twitter.com/j7XbvKvBrY

"Head-to-toe gym wear" is strictly forbidden in Qantas' Australian airport lounges, according to the airline's website. Coyle said her issue was not against the company's policy, however. Instead, she took issue with what she saw as a double standard between male and female passengers.

"Clarification: This is NOT a dress code issue. I support a business's right to enforce equitable dress code standards. However, my husband was allowed in no problem wearing this, while I was kicked out wearing this," Coyle tweeted, sharing side-by-side photos of both herself and her husband, Jonathan Coyle. "My issue is that standards should be equitably enforced."

Clarification: This is NOT a dresscode issue, I support a businesses right to enforce equitable dresscode standards. However, My husband was allowed in no problem wearing this. While I was kicked out wearing this. My issue is that standards should be equitably enforced @Qantaspic.twitter.com/HSbLVc4W62

Coyle's comments drew a strong reaction from her fans — she has nearly 1 million followers on Twitter and more than 4.2 million on Instagram — many of whom felt she had been severely wronged by the airline.

“Wow ... that’s disgusting. Fair enough at having a dress code, but it should at least be equal," one user commented.

Others took issue with the policy in general, saying it was confusing to forbid people from wearing comfortable clothing in an airport.

"It makes sense to wear activewear for your flight ... Qantas should know this and should be encouraging it," another wrote.

Still, some said they thought Coyle was in the wrong, noting out that her husband's attire didn't technically violate the dress code.

"If your husband was in a singlet board shorts and thongs he would have been denied also. T-shirt and shorts are fine, however. Read the dress code protocol. No one in the business lounge wants to see someone sitting in there in track pants," one user wrote.

Coyle, who appeared as Eva Marie on WWE from 2013 to 2017, now works as an actress and fashion designer, in addition to fitness modeling.