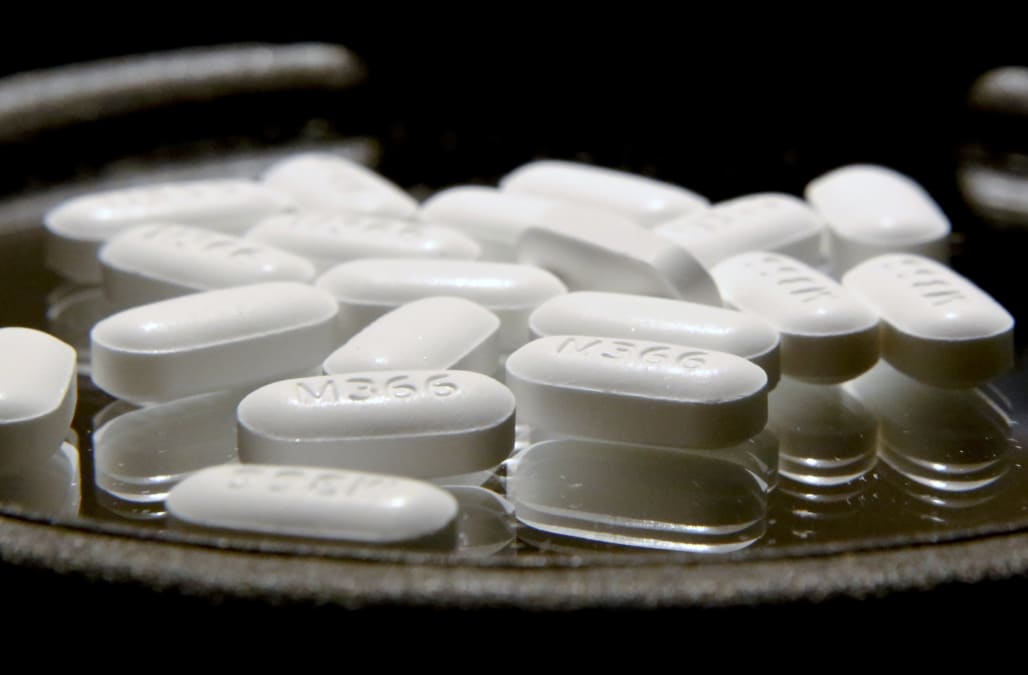 SACRAMENTO, Calif. (AP) — A fight is coming to California over whether to list one of the world's most common over-the-counter drugs as a carcinogen, echoing recent high-profile battles over things like alcohol and coffee.

The drug is acetaminophen, known outside the U.S. as paracetamol and used to treat pain and fevers. It is the basis for more than 600 prescription and over-the-counter medications for adults and children, found in well-known brands like Tylenol, Excedrin, Sudafed, Robitussin and Theraflu.

Acetaminophen has been available in the U.S. without a prescription since 1955. Concerns about its potential link to cancer come from its relationship to another drug: phenacetin. That drug, once a common treatment for headaches and other ailments, was banned by the FDA in 1983 because it caused cancer.

State regulators have reviewed 133 studies about acetaminophen, all of which were published in peer-reviewed journals. Some studies reported an increased risk of some types of cancers, while others did not. Overall, the review noted acetaminophen has been difficult to examine because it is hard to isolate it from other variables that could contribute to cancer, such as smoking.

A state law known as Proposition 65 says California must warn people of any chemical known to cause cancer or reproductive toxicity. The state's list has grown to about 900 chemicals, including toxic pesticides and flame retardants, and is more extensive than any in the U.S. Some critics say California regulators have been overzealous, requiring warning labels for countless products that confuse instead of inform consumers when the risk of cancer is disputed.

Supporters of Prop 65 say it protects not only Californians but consumers nationwide by compelling manufacturers to make products safer.

Evidence for acetaminophen's link to cancer has been weak enough that the International Agency for Research on Cancer declined to list it as a possible carcinogen following reviews in 1990 and 1999. The U.S. Food and Drug Administration has warned state officials that labeling acetaminophen as cancer-causing would be “false and misleading” and also illegal under federal law.

A panel of scientists appointed by the governor can add chemicals to this list. In 2011, the panel voted to make acetaminophen a “high priority” for consideration because it believed there was relevant evidence to consider, according to Sam Delson, spokesman for the California Office of Environmental Health Hazard Assessment.

The review process has been slow, but the panel is scheduled to have a public hearing on the listing this spring after the public comment period closes on Jan. 27.

“It's a difficult issue because it's a very commonly used drug. But that doesn't make any difference. That's not what our mandate is,” said Thomas Mack, chairman of the Carcinogen Identification Committee and a professor of preventive medicine at the University of Southern California.

Adding a chemical to the list can have broad repercussions. After the state listed glyphosate — widely known as the weed killer Roundup — as a carcinogen in 2017, a jury ordered the company that makes Roundup to pay a California couple with cancer more than $2 billion. A judge later reduced that award to $87 million. That's just one of the estimated 13,000 pending lawsuits involving the chemical.

That's one reason why the industry is pushing back on a potential listing. The Consumer Healthcare Products Association, a trade group representing over-the-counter medicines and dietary supplements, conducted its own review and found most studies suggest no risk for most forms of cancer, although some studies did show increased risk for kidney, liver and some forms of blood cancer.

The association urged California regulators to have a “cautious interpretation” of studies that show an increased risk of cancer.

Acrylamide, a byproduct of roasting coffee beans, has been listed as a carcinogen since 1990. But when a court ruling would have resulted in warning labels for coffee, state regulators stepped in and exempted the drink.

This story has corrected the spelling of acrylamide.

More from Aol.com:
Millions sickened with the flu as virus activity picks up across the U.S.
Scientists develop once-a-month birth control pill that could change everything
Welcome to Molar City, Mexico, the dental mecca U.S. health care costs built