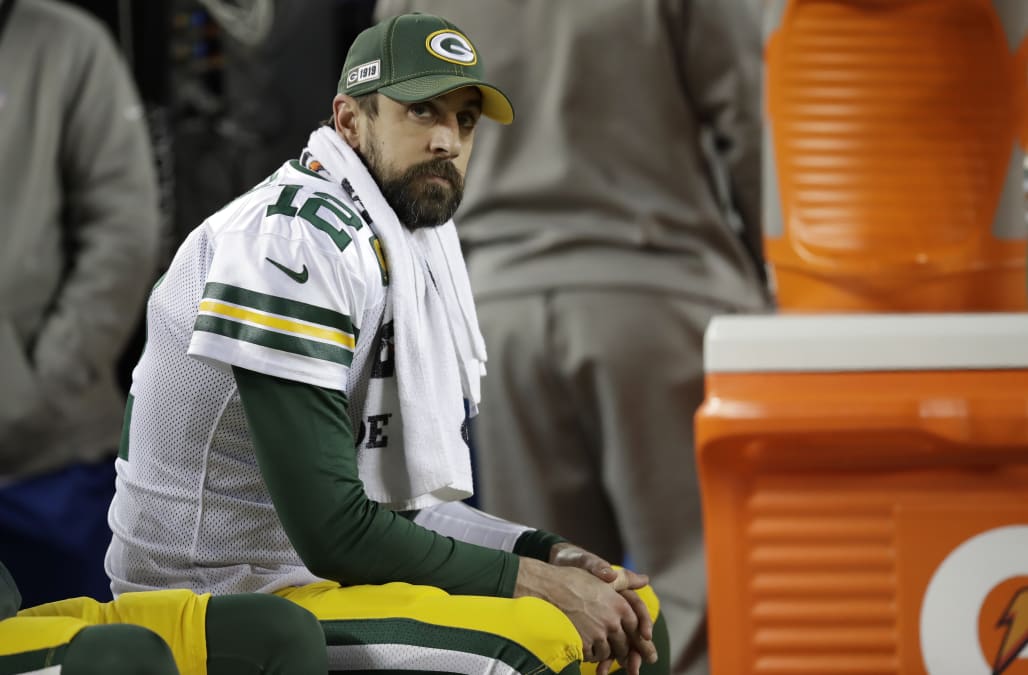 The San Francisco 49ers beat the Green Bay Packers, 37-20, in the NFC Championship on Sunday to advance to the Super Bowl.

While the win looks like just the start of something special for the upstart 49ers, the loss raises more questions for the Packers about how long their window will be open with Aaron Rodgers.

Rodgers, despite being regarded as one of, if not the best quarterback in terms of pure skill over the last decade, has not had overwhelming success in the playoffs recently. This year was his first playoff appearance since 2016, and the Packers' longest playoff run since 2010 when they won the Super Bowl. From 2011-2016, every playoff appearance ended in the Wild Card or divisional round.

On Sunday, Rodgers told reporters that the loss was a little more "raw" than usual.

"It's a little raw right now, for sure," Rodger said. "It definitely hurts a little more than early in the career."

Rodgers, 36, in his 12th season as a starter, admitted that he's not sure how many years he has left in the NFL.

"You realize, you know, I don't have the same number of years ahead of me as I do behind me."

Rodgers was good, but not great on Sunday, finishing with 326 yards, 2 touchdowns, and 2 interceptions on 31-of-39 passing. However, there were surely some throws he would like back, where he missed receivers on routine plays and struggled under the pressure of the 49ers' pass rush.

Rodgers' and the Packers' 2019 season followed a different script than usual. Statistically, Rodgers wasn't up to his usual standard and even ranked below-average by some advanced metrics. The Packers, however, went 13-3, leaning on a defense and run game and for the first time less reliant on Rodgers to win them games. The Packers won seven of nine games when Rodgers threw fewer than two touchdowns.

Rodgers on Sunday said that the Packers' success surprised him because they had to install a whole new system under first-year head coach Matt LaFleur. He said he thought the team was destined to make it to the Super Bowl because of all of their early success.

"With all of the changes this offseason, and with the installation of a new system and a new program, to get to this point, you felt like it was something special because it just didn't really make sense," Rodgers said. "We weren't picked by most people to win our division, and we found a way to not only do that but to win a home playoff game and get to this spot. It just kind of felt like it was meant to be."

Rodgers said going forward, the Packers need to wrap up the No. 1 seed so that they can host the NFC Championship and give themselves a better shot at making the Super Bowl. The Packers will need to continue to bolster their roster, as it's unclear if Rodgers will be able to bring his game back to his previous levels. He showed glimpses of it this season, like in making some clutch throws to beat the Seahawks in the divisional round, but sustaining it for 16-plus games is another challenge.

Rodgers said of the sting of losing on Sunday: "You realize just how difficult it is to get to this spot."