Super Bowl LIV: Seven storylines to follow as we look forward to Chiefs-49ers 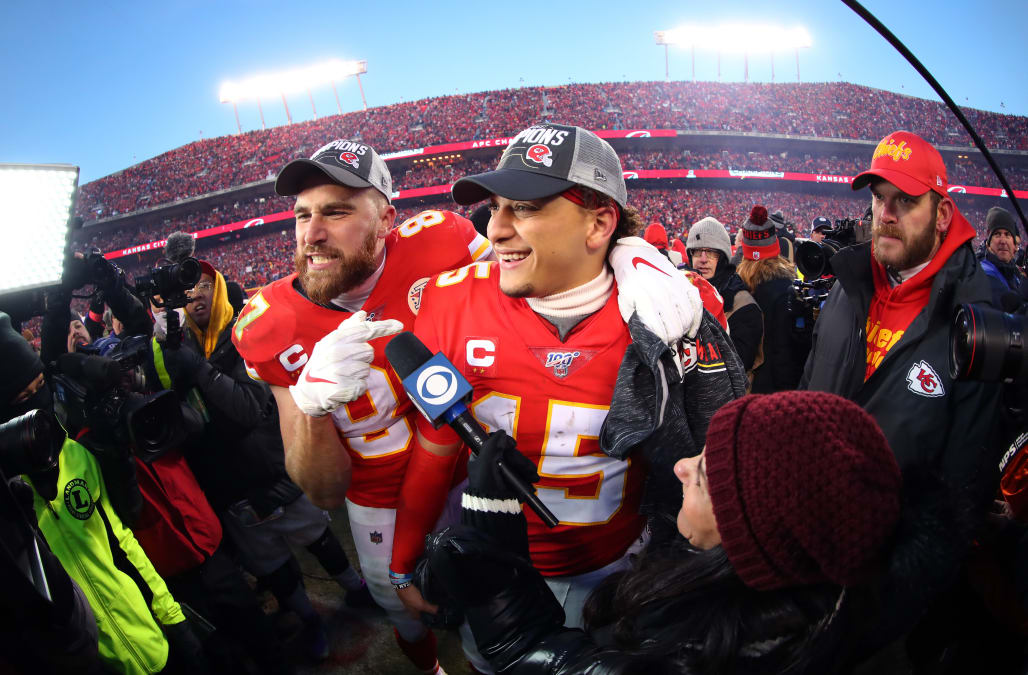 Two of the NFL’s classic franchises, the San Francisco 49ers and Kansas City Chiefs, have earned the right to face off in Super Bowl LIV in two weeks.

Getting to the Super Bowl happens with a decent amount of regularity for one of these teams. For the other it has been at least two generations since they’ve made it to the championship game.

As we begin the two weeks of anticipation and hype before kickoff at Hard Rock Stadium, here are seven storylines we’ll be watching.

Super Bowl LIV will be a classic matchup of strength vs. strength: the San Francisco defense and the Kansas City offense.

The Niners have been powered by their F.A.B.B. Four of defensive linemen — Dee Ford, Erik Armstead, Nick Bosa, DeForest Buckner — and were top-8 in numerous defensive statistics during the regular season, including points and first downs allowed, third-down conversions and sacks.

Conversely, the Chiefs, behind Patrick Mahomes and a cadre of offensive skill players, were near the top of the league in numerous offensive statistics, including points scored, first downs, and third-down conversions.

That’s not to say that the Niners’ offense and Chiefs’ defense are bad, because they’re not at all. But this season, when you think of these two teams, you think about Kansas City’s offense and San Francisco’s defense.

It took a little longer than 49ers fans hoped to see the team’s 2017 midseason trade for Jimmy Garoppolo (and subsequent lucrative extension) pay off, in large part because of a torn ACL in the third game of 2018 (against the Chiefs, no less).

Starting all 16 games this season, Garoppolo had a league-leading four fourth-quarter comebacks as San Francisco went 13-3.

His postseason numbers weren’t overwhelming, but they didn’t have to be, not with performances like the one Raheem Mostert had in the NFC championship game.

Chiefs get chance to end drought

After last year’s heartbreaking overtime loss in the AFC title game, the Chiefs broke through this year and are headed to the Super Bowl for the first time in 50 years.

The last time Kansas City was in the league championship was at the end of the 1969 season, when as an 11-3 team they won Super Bowl IV over the Minnesota Vikings, 23-7. Hank Stram, still the winningest coach in franchise history, had led the Chiefs to the AFL championship in 1962, and then to a loss in Super Bowl I four years later.

The Chiefs have been to the playoffs 18 times since that ’69 season, and they finally got to lift the AFC championship trophy that features the name of their founder, Lamar Hunt.

San Francisco was in the Super Bowl seven years ago, when they lost to the Baltimore Ravens in a game that will always be remembered for a second-half power outage that stopped the game for 10 minutes.

The Niners have been to the Super Bowl on five other occasions, and won all of them.

The game on Feb. 2 gives San Francisco a chance to tie the record for most wins by one franchise: the Pittsburgh Steelers and New England Patriots each have six.

Andy Reid is one of the best head coaches of his generation: in 14 seasons with the Eagles and now seven with the Chiefs, he’s only had three losing seasons, and led his teams to the playoffs 15 times. He arguably has the strongest coaching tree in the NFL, as 10 of his assistants have gone on to become head coaches, including five current head coaches (Ron Rivera, Matt Nagy, John Harbaugh, Doug Pederson and Sean McDermott).

This is just the second time he has brought a team to the Super Bowl, with the first coming in 2004, when the Eagles lost to New England. A win in Miami can go a long way to burnish Reid’s resume.

The Shanahan family can now claim a new NFL first: with Kyle and San Francisco in the title game, he and his father Mike are the first father-son duo to lead teams to the Super Bowl.

This also gives Kyle a chance to write a better ending to his coaching story: he was the offensive coordinator of the Atlanta Falcons team that lost a 28-3 lead to New England in Super Bowl LI, and his play-calling in the second half has been extensively questioned since.

Rob Gronkowski retired after the 2018 season, but his decision to step away from the game didn’t leave a vacuum at the tight end position.

The Chiefs and Niners feature the two best players in the game at the position: Travis Kelce, who was voted second-team All-Pro, and George Kittle, who was first-team.