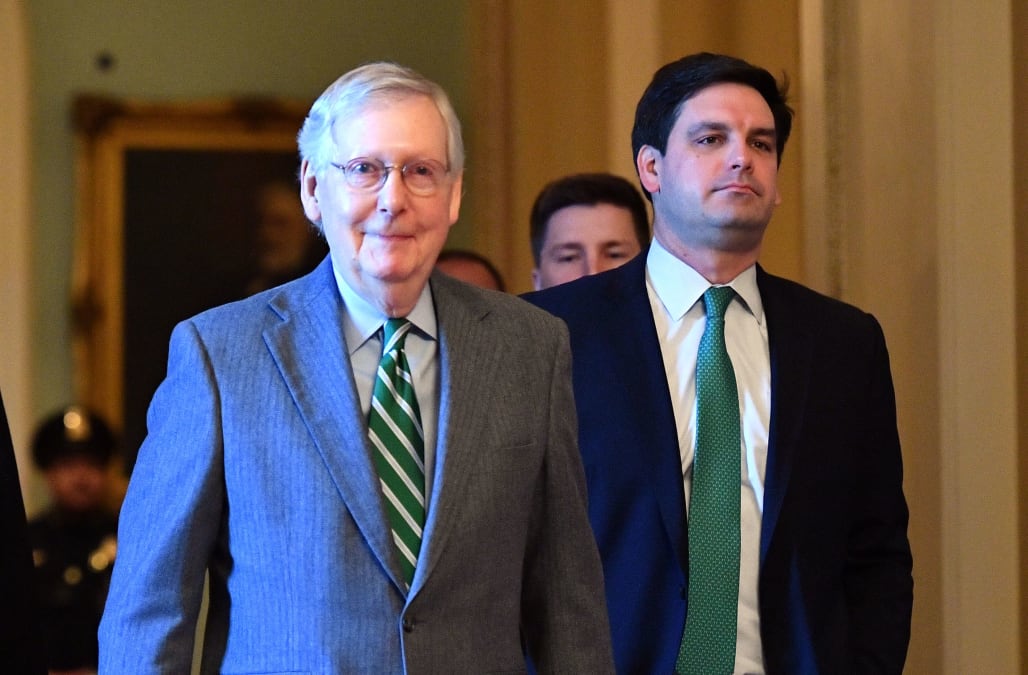 WASHINGTON — Senate Majority Leader Mitch McConnell released the rules for a Senate impeachment trial on Monday evening, the night before Republicans in the chamber are set to approve them by what is expected to be a party-line vote.

The most noteworthy detail: Republicans will leave the House impeachment managers only two days to make their opening arguments. In the 1999 impeachment trial of then-President Bill Clinton, House Republicans arguing the case against the Democratic president were given three days.

McConnell, R-Ky., will argue the current rules give House Democrats now making the case against Republican President Trump a total of 24 hours to make their arguments.

But limiting opening arguments to no more than two days and scheduling them to start on Wednesday 1 p.m., Democrats will be forced to make their case against the president well past midnight on Wednesday and Thursday night.

“It’s clear Senator McConnell is hell-bent on making it much more difficult to get witnesses and documents and intent on rushing the trial through,” Schumer said in a statement. “Any senator that votes for the McConnell resolution will be voting to hide information and evidence from the American people.”

The resolution also says the House impeachment managers will not be able to enter evidence into the trial until after the opening arguments.

Trump’s lawyers will also have 24 hours over two “session days” in the Senate to offer a response to the impeachment managers. If they use both Friday and Saturday, then senators will have up to 16 hours, probably next Monday and Tuesday, to ask questions.

That likely means debate over whether to allow witnesses in the trial and to subpoena the White House for documents would take place next Wednesday. If McConnell is able to prevent 51 senators from voting in favor of witnesses, the trial could be done by the end of next week.

If witnesses are allowed, the trial could run well past next week.

The impeachment trial will begin at 1 p.m. on Tuesday. Schumer promised to propose a number of alternatives to the rules released by McConnell.

The House impeachment team and Trump’s lawyers exchanged a series of legal briefs over the weekend, previewing what their arguments will be in the trial.

Democrats working on the impeachment trial told reporters on a conference call that the brief filed by Trump’s lawyers on Monday amounted to little more than a “110-page tweet.”