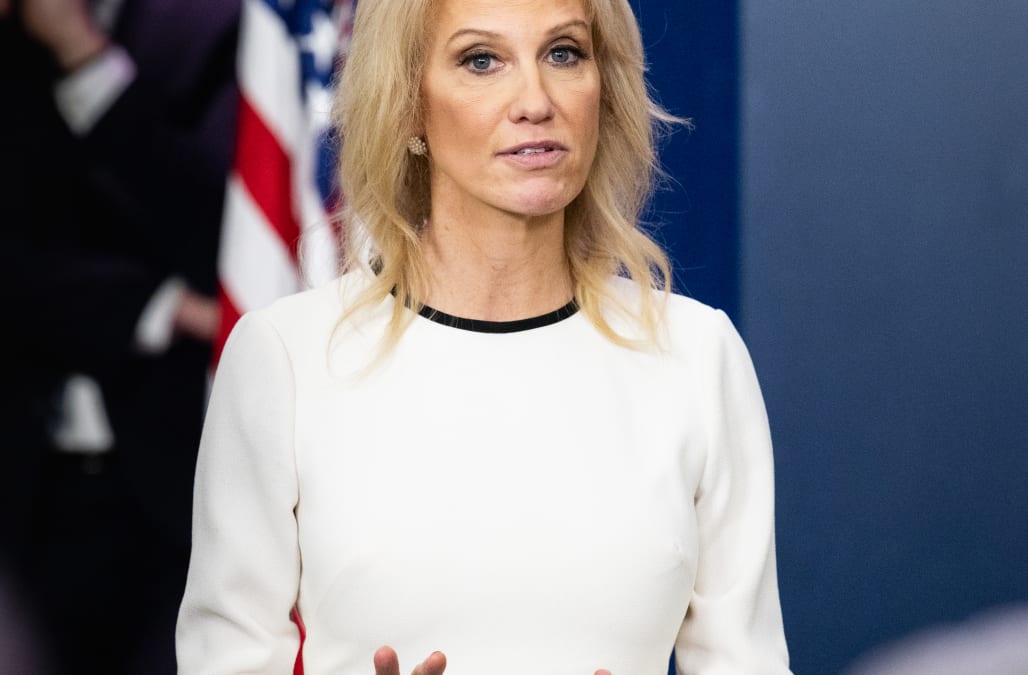 Kellyanne Conway called the impeachment of President Donald Trump “very shameful” on Monday when a reporter asked her how the president was observing Martin Luther King Jr. Day.

“Well, I can tell you that the president is preparing for Davos and agrees with many of the things that Dr. Martin Luther King stood for and agreed with for many years, including unity and equality,” the White House counselor responded before pivoting to Trump’s impeachment: “And he’s not the one trying to tear the country apart through an impeachment process and a lack of substance that really is very shameful at this point.”

Conway went on to criticize the two House-passed articles of impeachment against the president ― abuse of power and obstruction of Congress ― and added that she didn’t think it was “within Dr. King’s vision to have Americans dragged through a process where the president is not going to be removed from office, is not being charged with bribery, extortion, high crimes or misdemeanors.”

“And I think that anybody who cares about ‘and justice for all’ on today or any day of the year will appreciate the fact that the president now will have a full-throttle defense on the facts,” she added.

Trump later made an unscheduled, unannounced visit to the Martin Luther King Jr. Memorial at the National Mall before departing for Davos, Switzerland, to attend the World Economic Forum, CNN reported.

Previous presidents Bill Clinton, George W. Bush and Barack Obama participated in service and volunteer events on MLK Day. Obama and his family would do activities such as working in a soup kitchen or painting a mural at a family shelter. Bush attended church, cultural services honoring King, or joined service events. Clinton signed legislation to designate the holiday as a national day of service.

In 2018, Trump spent the federal holiday at his Florida golf club. Last year, he also made an unannounced visit to the National Mall memorial, where he laid a wreath to honor King.

Trump’s impeachment trial in the Senate is set to begin on Tuesday. Members of his defense team issued a brief earlier on Monday that provides some insight into their strategy planned for the trial. The brief claims Trump did “nothing wrong” and that the two articles against him don’t amount to impeachment offenses.