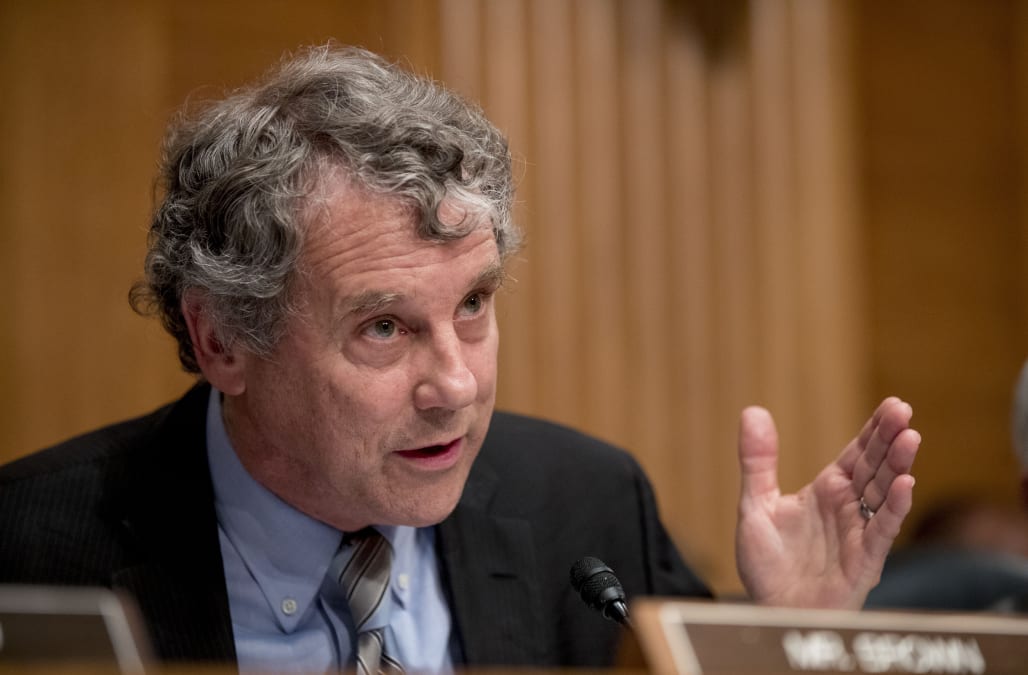 Sen. Sherrod Brown (D-Ohio) said Sunday that he’d be OK with Republicans calling on Hunter Biden to testify during the upcoming impeachment trial in the Senate.

“We take the position that we want to hear from witnesses,” Brown said during an interview with CNN’s “State Of The Union,” adding that he’d be “fine” with hearing from former Vice President Joe Biden’s son.

“I don’t know what Hunter Biden has to do with the phone call ―” he continued.

Brown, ranking member of the Senate Committee on Banking, Housing and Urban Affairs, repeated that he’d be “fine” with hearing from Hunter Biden before saying many Republicans believe it would be “a distraction.”

“The point is we need witnesses,” he added. “I don’t understand how you can to the American public make the case that this is a real trial if there are no witnesses and there is no new evidence.”

Democratic @SenSherrodBrown says he would be fine with Hunter Biden testifying: “We take a position that we want to hear from witnesses… I understand both sides get to call witnesses… I think many Republicans think that’s a distraction.” #CNNSOTUpic.twitter.com/3pnKu4W6sJ

Trump has accused then-Vice President Joe Biden of calling for Ukraine’s notoriously corrupt top prosecutor to be removed for the sole purpose of impeding an investigation into a Ukrainian gas company with ties to Hunter.

Trump pushed Ukrainian President Volodymyr Zelensky during a July 25 phone call to investigate the Bidens, prompting a whistleblower to file a complaint and the House to launch an impeachment inquiry into Trump. Several current and former State Department officials testified that Trump withheld U.S. military aid in an effort to get Ukraine to publicly commit to investigating Joe Biden, a frontrunner in the 2020 Democratic presidential primary.

Trump has denied any wrongdoing, claiming he was simply urging Ukraine to investigate potential corruption committed by the Bidens. But world leaders, as well as a bipartisan group of members of Congress, were also calling for the Ukrainian prosecutor’s ouster at the time. Ukrainian authorities have said Joe Biden did nothing wrong.

Democrats have largely punted on questions related to Republican lawmakers potentially calling Hunter Biden to testify if the Senate were to vote in favor of allowing additional witnesses to be called during the trial.

Although a handful of Republican senators have said they are open to hearing from additional witnesses, Senate Majority Leader Mitch McConnell (R-Ky.), who has pledged to work hand in hand with the White House during the upcoming trial, has expressed reluctance to do so.

10 PHOTOS
What impeachments looked like 150 years ago
See Gallery

The impeachment committee prepares the indictment.

Engraving depicts a courtroom scene during the 1868 impeachment of Andrew Johnson.

George T. Brown, sergeant-at-arms of the Senate, serves the summons on President Johnson.

Facsimile of a ticket of admission to the Impeachment Trial of President Andrew Johnson in the United States Senate on March 13, 1868. The Senate failed to convict Johnson by one vote.

Charles Sumner, a Senate leader in the impeachment trial of Andrew Johnson.

Thaddeus Stevens closes the debate on the Andrew Johnson impeachment in the House in March 1868.

The Senate failed to convict President Jackson by one vote.

House Judiciary Chairman Jerry Nadler (D-N.Y.), one of the impeachment managers, on Sunday questioned Hunter Biden’s relevance to the trial.

“Hunter Biden has no knowledge of the accusations against the president,” Nadler said during an appearance on CBS’s “Face The Nation.”

“Did the president, as the evidence shows that he did, betray his country by conspiring with a foreign country to try to rig the election? Hunter Biden has nothing to say about that,” he added.

Nadler said the decision on whether to allow Hunter Biden to testify should be left up to Supreme Court Chief Justice John Roberts, who is presiding over the impeachment trial.

“No chief justice would think of admitting evidence is not relevant,” he said.

.@RepJerryNadler suggests Hunter Biden should not be a witness in the Senate impeachment trial, adds that Chief Justice John Roberts should make a determination. “I’m saying that Hunter Biden has no knowledge of the accusations against the president." pic.twitter.com/Uh7w5KJAtQ

Sen. Lindsey Graham (R-S.C.), one of the president’s fiercest defenders in Congress, said he will vote against a motion to subpoena additional witnesses during the trial.

“If we call one witness, we’re going to call all the witnesses,” Graham said during an appearance on “Fox News Sunday.” “There’s not going to be a process where the Democrats get their witnesses and the president gets shut out.”

“Here’s what I’m going to do: I’m going to be consistent,” he added. “I’m going to vote against calling the four witnesses requested by Sen. Schumer.”

Graham said he wants the trial to be over by the State of the Union address, which Trump is scheduled to deliver on Feb. 4.

How likely is it that witnesses will be called during the senate impeachment trial? Some GOP senators are open to the possibility. Senator Lindsey Graham reacts to this and more on FOX News Sunday. #FNS#FoxNews#Impeachment#Politicspic.twitter.com/zAQ2BkRzOS