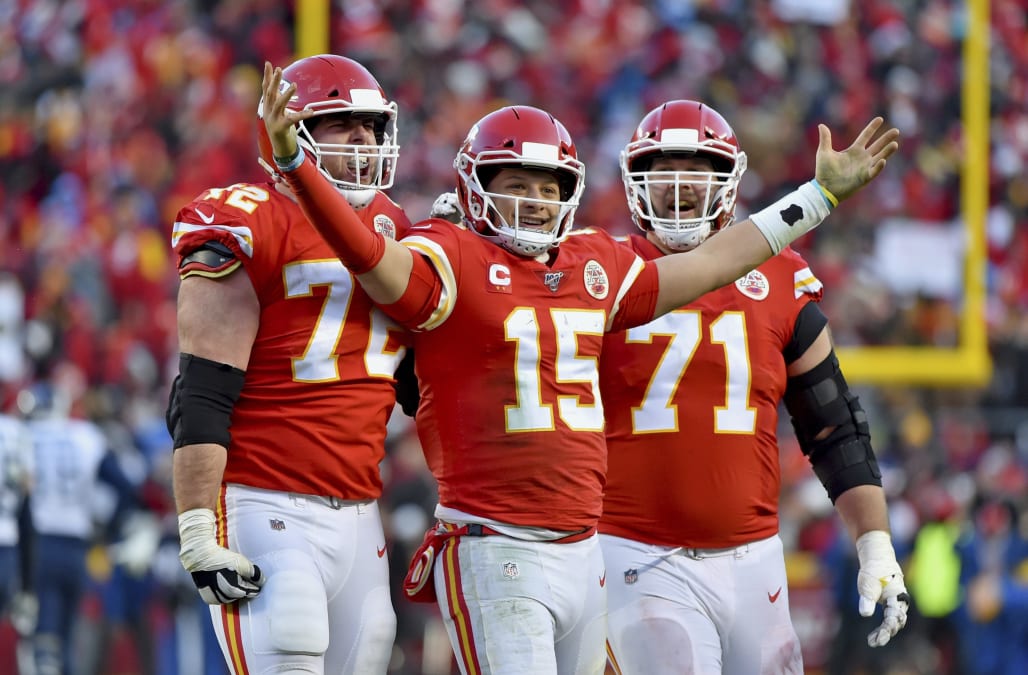 On that day, the Chiefs hired Reid. The words “Super Bowl” were not mentioned during his introductory news conference a few days later. Both sides were just looking for some way out of the darkness.

“We were blessed to be there and sometimes change is good,” Reid said when announced as Chiefs coach, “change will be tremendous for the Philadelphia Eagles and on the other hand, it will be terrific for the Kansas City Chiefs.”

On Sunday, seven years after coming to Kansas City, Reid had his redemption and the Chiefs had snapped one of the most miserable droughts in the NFL.

The Chiefs are going back to the Super Bowl for the first time in 50 years. They overcame another slow start and beat the Tennessee Titans 35-24 in the AFC championship game to advance to Super Bowl LIV.

The most compelling figure of this season’s Super Bowl could be Reid, who is still looking for a ring to validate a great career, and made some tough decisions that led to this trip to the NFL’s title game.

Last season in the AFC championship game, the Chiefs couldn’t get a stop on third-and-10 when they needed it. The Patriots controlled the game on offense and Tom Brady came up with some huge third-down passes when he needed them. New England won in overtime. The Chiefs defense couldn’t keep the Patriots out of the end zone on the first drive of overtime, and Patrick Mahomes never got a possession.

Reid didn’t run it back even though the Chiefs were 12-4, the AFC’s No. 1 seed and one play away from a Super Bowl last season. Reid made the tough call to fire defensive coordinator Bob Sutton. He traded Dee Ford, and traded for Frank Clark as the team shifted to new coordinator Steve Spagnuolo’s new 4-3 scheme. The Chiefs also signed safety Tyrann Mathieu as part of the defensive makeover.

Kansas City’s offense, led by the great Mahomes, will be the story of the Super Bowl. And Reid deserves a lot of credit for that brilliant offense. But the reason Kansas City took the next step was the defensive improvement, and credit Reid for that too.

On Sunday the Chiefs didn’t start well, for the second straight week. When Titans offensive lineman Dennis Kelly caught a touchdown, the Chiefs trailed 17-7. That’s not a bad deficit for their great offense, but at that point Derrick Henry was finding rushing lanes and Ryan Tannehill was distributing the ball everywhere. The Chiefs’ offense is never really a question, but at that moment, it was fair to wonder if the Chiefs defense could do its part. 1`

Then, just like last week against the Texans, the Chiefs defense flipped a switch.

Suddenly, the unstoppable Henry was being hit hard at the line. The Titans receivers weren’t getting open anymore. Over a key stretch as the game turned, the Titans had three possessions (not counting a kneel-down at the end of the first half) and had two first downs. All three possessions ended in punts.

You can’t beat the Chiefs with punts. Their offense isn’t going to come up empty on too many drives. The Chiefs don’t need to be dominant on defense. They just need to get a few stops, and they got that job done.

Reid can change legacy with one title

When Mahomes hit Sammy Watkins on a 60-yard touchdown with 7:33 left, Chiefs fans could finally let it sink in. They were finally going back to the Super Bowl.

Reid has been to a Super Bowl before, of course. He made one Super Bowl with the Eagles, and lost to New England. He had a remarkable run in Philadelphia, rebuilding that proud franchise just like he has done in Kansas City. He just couldn’t get the ultimate prize and win a Super Bowl.

Reid has the seventh-most wins in NFL history but no championship. All six coaches ahead of him on the list — Don Shula, George Halas, Bill Belichick, Tom Landry, Curly Lambeau and Paul Brown — have multiple championships. They’re all NFL legends.

Reid’s legacy hasn’t been written, and even if he wins a Super Bowl it might not be the final chapter. He has a chance to put all the jokes about his playoff failures and time management far behind him. No matter what happens in South Florida at Super Bowl LIV in two weeks, you’d figure Reid and Mahomes will keep the Chiefs in contention for a while.

But one Super Bowl ring changes everything for Reid. He has pushed the right buttons to rebuild the Chiefs from that 2-14 nightmare to one of the best teams in football, and for the first time in many of their lives, Chiefs fans can get ready to watch their team in a Super Bowl.