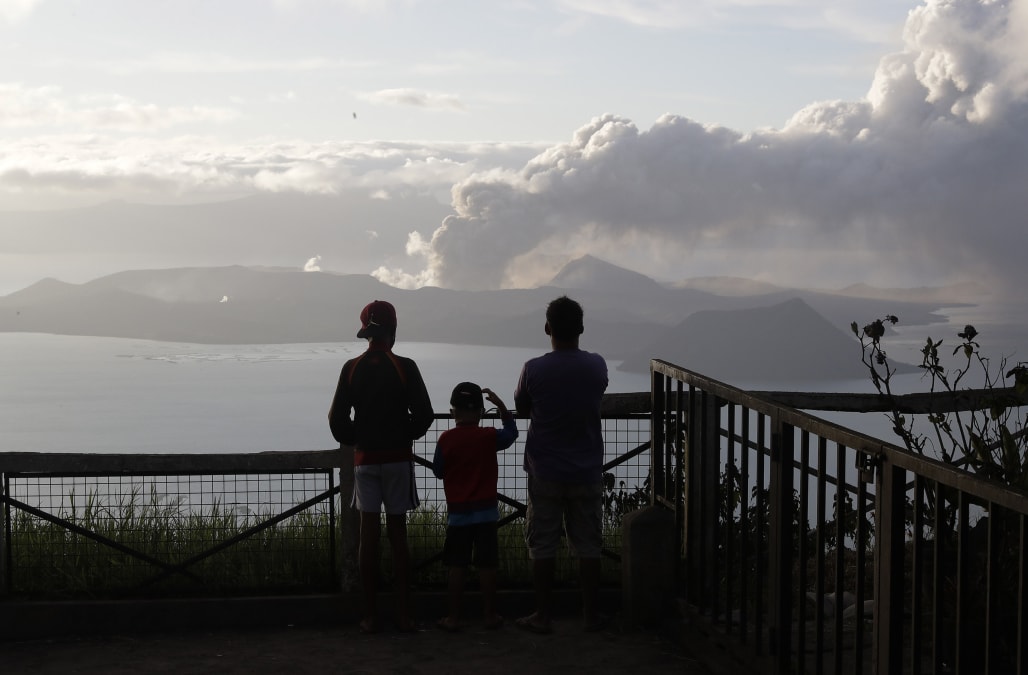 MANILA, Philippines — The Taal volcano near the Philippine capital emitted more ash clouds on Saturday, posing the threat of another eruption.

The ash and steam explosions have gotten weaker after seven days of eruption. But despite the seeming lull, factors such as continuing volcanic quakes, the drying of the crater lake and other signs indicate magma is moving beneath, said Maria Antonia Bornas, an official with the Philippines Institute of Volcanology and Seismology.

The volcano in Batangas province, about 65 kilometers (40 miles) south of the capital, Manila, has remained at alert level 4, the second-highest warning, indicating a hazardous explosive eruption is possible in hours or days.

Tens of thousands of people have been evacuated from areas under a security lockdown. Soldiers and police have been stopping desperate villagers from returning to Volcano Island to retrieve belongings and save their poultry and cattle. Police have allowed batches of residents to check their homes for a few hours during the day.