'You have not seen anything yet,' climate activist Greta Thunberg says ahead of Davos

By Marina Depetris and Cecile Mantovani 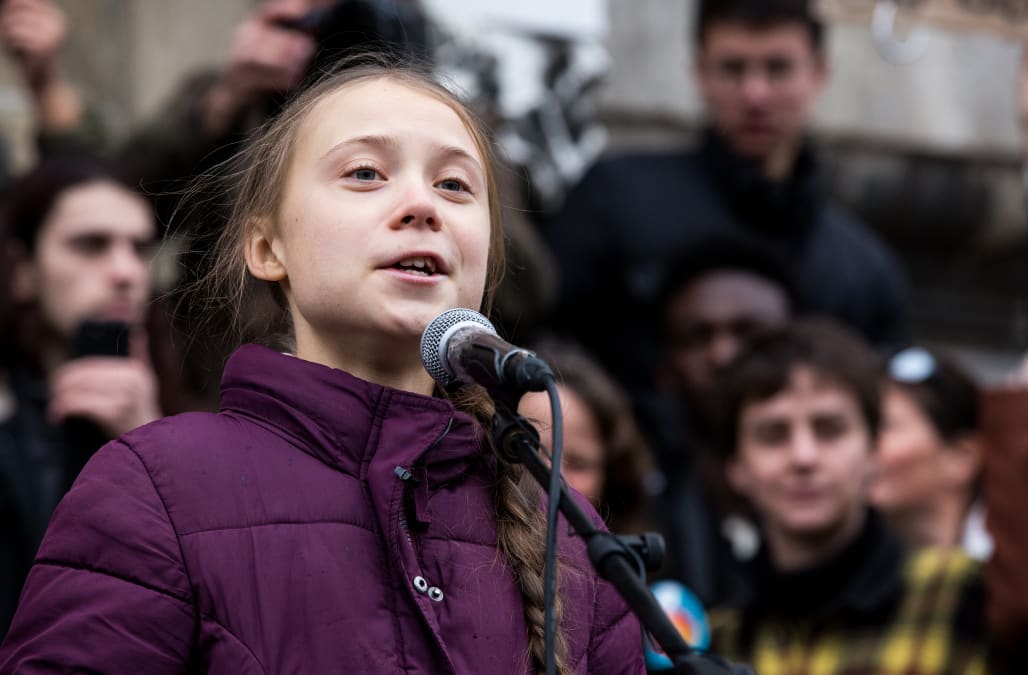 LAUSANNE, Switzerland -- Swedish activist Greta Thunberg and a crowd of some 10,000 protesters marched in the Swiss city of Lausanne on Friday before many of them head to Davos next week to challenge political and business leaders to combat the climate crisis.

The 17-year-old, who launched the #FridaysforFuture movement that has sparked global protests, denounced a lack of government action to cut heat-trapping emissions before it is too late.

"So, we are now in a new year and we have entered a new decade and so far, during this decade, we have seen no sign whatsoever that real climate action is coming and that has to change,” Thunberg said in a speech in Lausanne.

“To the world leaders and those in power, I would like to say that you have not seen anything yet. You have not seen the last of us, we can assure you that. And that is the message that we will bring to the World Economic Forum in Davos next week.”

Protestors held signs including "Wake up and Smell the Bushfires" and "It is late but it is not too late."

Hundreds of campaigners will take trains over the weekend and then march to Klosters near Davos, which Thunberg is attending for the second year in a row and will take part in two panel events.

Climate change and environmental destruction top the risks highlighted by world decision-makers in a survey ahead of the 2020 gathering of the global elite.

This year's gathering takes place against the backdrop of some of Australia's worst ever bushfires. While the government there has avoided making a link to climate change, the fires have added to public concern about the heating of the planet.

Last year was the Earth's second-hottest since records began, and the world should brace itself for more extreme weather events like the bushfires ravaging much of Australia, the United Nations' World Meteorological Organization (WMO) said on Wednesday.

“We are ... an alliance that is organizing next week in 20 countries to say: 'time is up' to the World Economic Forum in Davos. Time is up," a Kenyan activist, Njoki Njoroge Njehu, told the crowd in Lausanne.