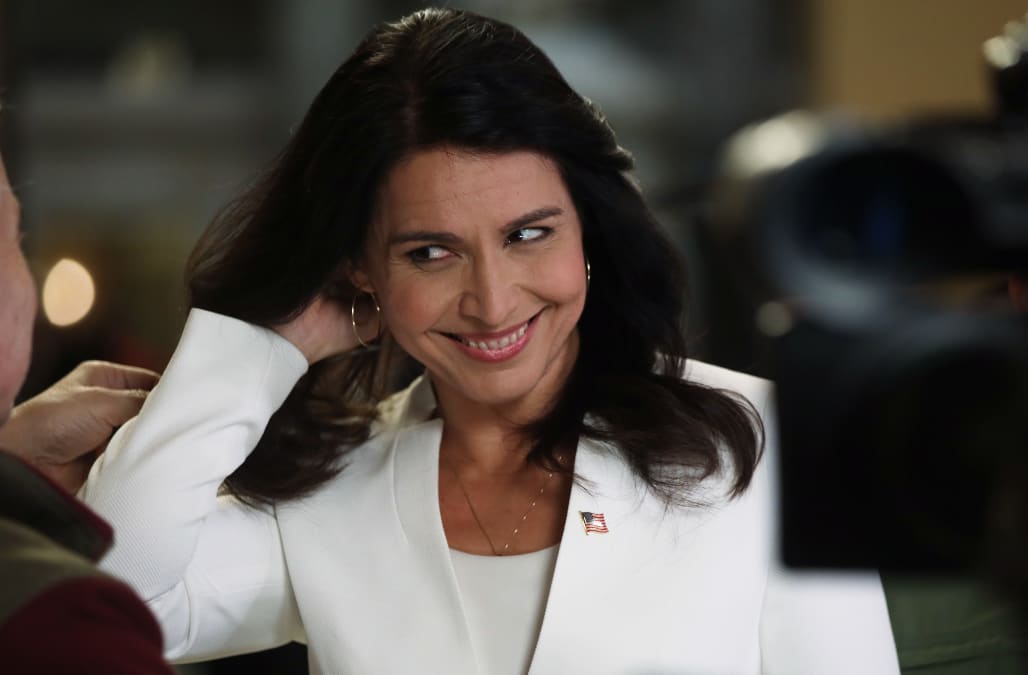 Rep. Tulsi Gabbard took on a challenger for a push-up contest at a New Hampshire town hall and did not disappoint.

Referencing the moment when former Vice President Joe Biden challenged an 83-year-old retired farmer to do push-ups with him in the middle of an Iowa town hall last month, a supporter asked Gabbard if she could defeat Biden in push-ups, the Washington Post reported.

"Former vice president Biden has randomly challenged people in the audience to a push-up contest even if they’re in walkers," the Washington Post reported someone from the crowd asked. "Do you think you could take him?"

The Democratic candidate, who is also an Iraq War veteran, said she would challenge anyone.

"My educated and informed guess would be yes," Gabbard responded. "However, Joe Biden may have some superhuman push-up ability that nobody knows about. But I would take most people to a push-up challenge."

The man then joined Gabbard onstage to take her up on the challenge. In a video posted by a WMUR reporter on Twitter, the 2020 hopeful is seen doing push-ups, in heels no less, with a man. And ultimately, she beats the man in the contest.

One of those memorable New Hampshire Primary moments: @TulsiGabbard challenged to a push-up contest at a Manchester Town Hall. She wins. #nhpolitics#fitn#wmurpic.twitter.com/bW2i7p28Ty

It's no real surprise that Gabbard was up for the challenge. She often posts videos of her workout routines on social media. She's surfed and done CrossFit training with her supporters. On the morning of the first debate, she even held a "team boot camp" for her campaign staffers.