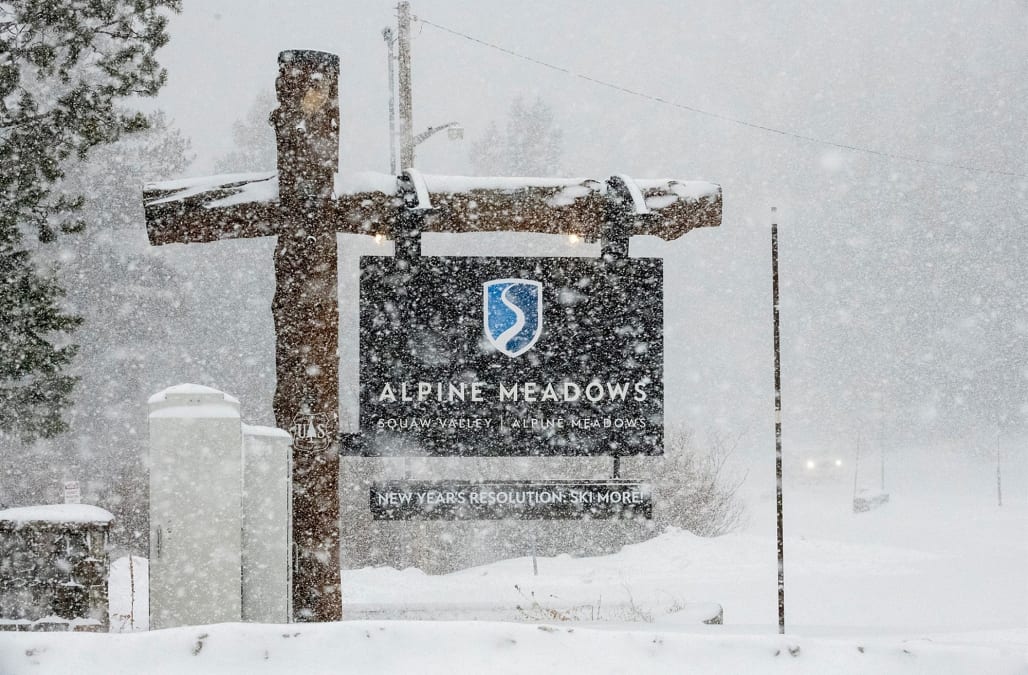 TAHOE CITY, Calif. — At least one person has died and another was seriously injured Friday in an avalanche at a Northern California ski resort, authorities said. A search was ended, with officials saying they do not believe there were any more victims.

The avalanche occurred after a storm passed through the area Thursday, dumping large amounts of snow at Squaw Valley-Alpine Meadows, a ski resort in the Lake Tahoe area.

The resort said the avalanche was reported shortly after 10 a.m. in an open area of the resort. One male skier died and a second male skier sustained severe lower body-injuries and was taken to a hospital.

The Sierra Avalanche Center had warned of dangerous avalanche conditions for all elevations. Its website that there was “a high degree of uncertainty in regards to snowpack instability near and below treeline.”

The storm dumped up to 25 inches (0.63 meters) of snow at the top of the resort, said Edan Weishahn, a meteorologist with the National Weather Service office in Reno, Nev. She said 1 to 2 feet of snow fell in the surrounding mountains over a 24-hour period.

The avalanche occurred in some of the steepest terrain at the resort, where a series of expert runs snake through the trees, past cliffs and drop down narrow chutes.

The sheriff's department said search and rescue crews scoured the rest of the mountain with dogs and did not believe there were any more victims.

“At this point there is no reason to believe any other area of the resort or Alpine Meadows is in jeopardy," Placer County Sheriff's Sgt. Mike Powers said.

An avalanche at Alpine Meadows in March 1982 killed seven people, including several employees of the ski resort. It struck several buildings, including the main lodge and two chairlifts, and buried the resort’s parking lot.

On its website, Alpine Meadows Ski Resort touts itself as a "picturesque playground for families and off-the-radar thrill-seekers." The property has more than 100 trails across 2400 acres (971 hectares), groomed runs and chalet-style lodges. The resort is in Tahoe City and about 7 miles (11 kilometers) from Lake Tahoe.