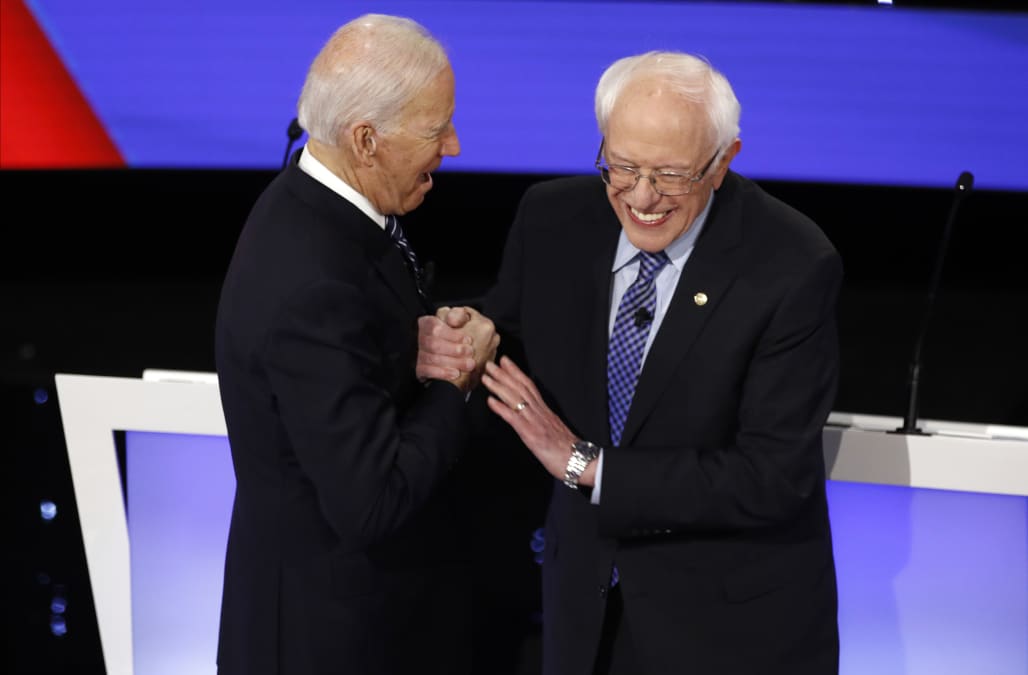 NEW YORK, Jan 16 (Reuters) - U.S. Senator Bernie Sanders has been steadily climbing in popularity this year and is now tied with former Vice President Joe Biden for the 2020 Democratic presidential nomination among registered voters, according to a Reuters/Ipsos national poll.

The online poll, released Thursday, shows that 20% of registered Democrats and independents said they would back Sanders over 11 other candidates to run in the general election against President Donald Trump, an increase of 2 percentage points from a similar poll that ran last week.

Sanders and Bloomberg have increased their level of support in each of the last three Reuters/Ipsos polls starting in mid-December, while support for Biden, Warren and Buttigieg has remained flat.

The poll also shows that about one in five potential primary voters remain undecided. And among those who have picked, nearly two out of three say they are open to changing their minds.

Sanders, an independent who built a national network of fervent supporters while running for the party's nomination in 2016, has consistently ranked among the most popular candidates since he entered the race.

The poll shows that standing does not appear to have been hurt by his recent confrontation with Warren over Sanders' views of women and politics.

Warren, who is aligned with Sanders on a variety of issues, has accused him of telling her in 2018 that a woman could not be elected president. Sanders disputes that claim, and the two sniped at each other after this week's presidential debate about how they were framing the conversation in public.

The dispute has the potential to reconfigure a Democratic nomination race that has stagnated for months with no single candidate emerging as the clear front-runner.

According to Reuters/Ipsos polling from December to January, women are the party's biggest swing group: they are more than twice as likely as men to say they are undecided about which candidate to support. Among those women who have picked a candidate, nearly two out of three say they are open to changing their minds.

So far, Sanders' and Warren's support remains unchanged among women, with about 15% supporting Sanders and 11% supporting Warren.

The Reuters/Ipsos poll was conducted in English throughout the United States from Jan. 15-16. It gathered responses from 681 Democrats and independents, including 552 who were registered to vote. The poll has a credibility interval, a measure of precision, of about 5 percentage points.

More from Aol.com:
Lara Trump mocks Joe Biden for speech impediment: 'Let's get the words out'
Tulsi Gabbard is challenged to push-up contest at town hall — and wins
Flap with Warren knocks Sanders' strategy off course