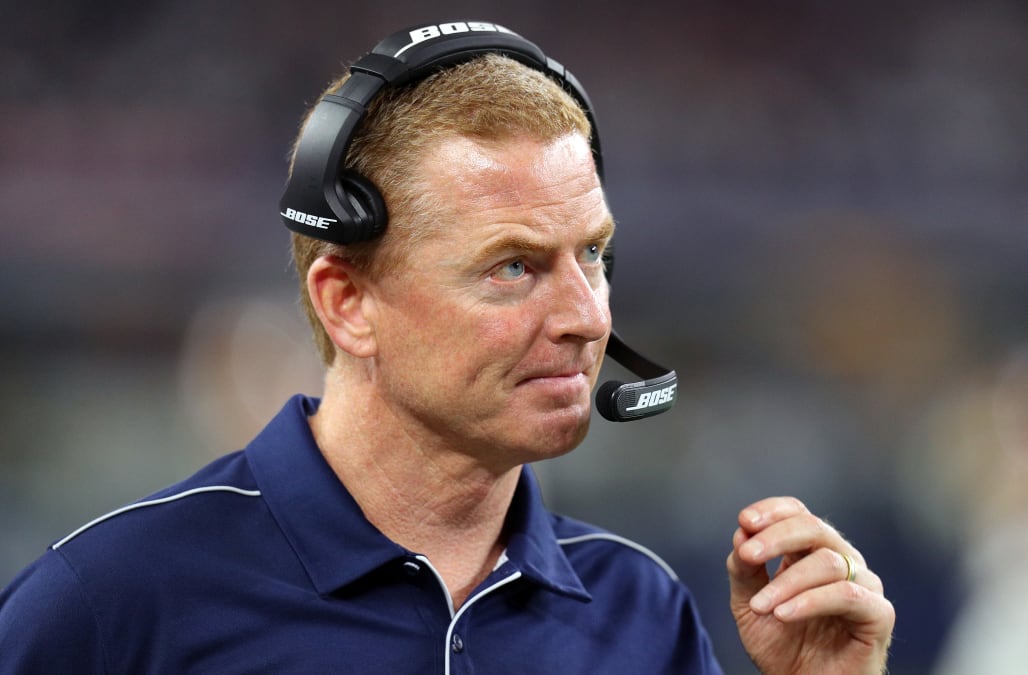 Jason Garrett may no longer be with the Dallas Cowboys, but he isn’t leaving the NFC East anytime soon.

The New York Giants hired Garrett to become their new offensive coordinator on Friday night, according to ESPN’s Ed Werder.

The 53-year-old was fired from Dallas this month after 10 seasons after he led the team to an 8-8 finish and missed the playoffs for the third time in five years. He compiled an 85-67 overall record with the Cowboys and won three NFC East titles, however went just 2-3 in the postseason. Former Green Bay Packers coach Mike McCarthy will replace Garrett.

Garrett was the offensive coordinator for Dallas for three years before he was promoted to the head job during the 2010 season. He last called plays for the Cowboys in 2012, however.

The Giants tabbed New England Patriots wide receivers coach Joe Judge to become their next head coach this month after firing coach Pat Shurmer after two seasons. Judge and the Giants interviewed with Garrett on Wednesday for the offensive coordinator job, a meeting that clearly went well. They reportedly spoke with former Cleveland Browns coach Freddie Kitchens and longtime offensive coordinator Mike Shula about the position, too.

“I certainly wouldn’t have any objection [to hiring Garrett],” Giants co-owner John Mara said during Judge’s introductory news conference last week. “I have a lot of respect for Jason. At the end of the day, that’s going to be Joe’s decision.”

Garrett could be a very useful hire for Judge, who has never held a head coaching job at any level. With the young offensive assets he will have at his disposal — including quarterback Daniel Jones, who had his moments throughout his rookie season last fall, and running back Saquon Barkley — Garrett may be the missing piece for the Giants’ offense, which hasn’t led the organization to the postseason since 2016.