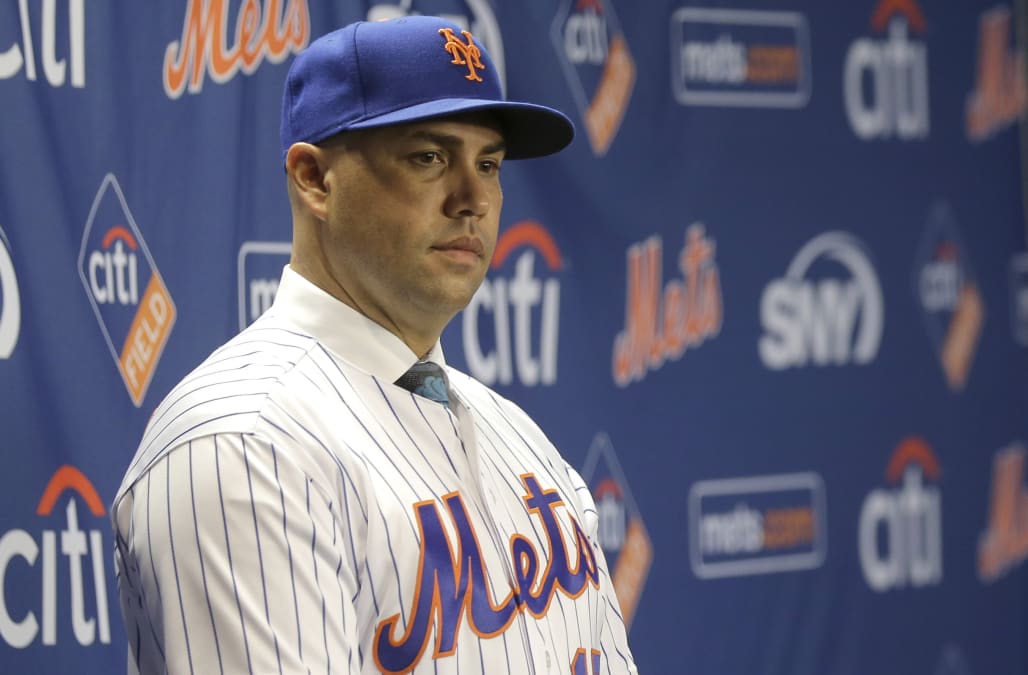 Another manager has fallen in the wake of the Houston Astros sign-stealing scandal. The New York Mets mutually parted ways with their recently-hired manager Carlos Beltran, who was a player on the 2017 Astros.

General manager Brodie Van Wagenen and chief operating officer Jeff Wilpon held a conference call following the announcement, during which they attempted to explain how the Mets arrived at this decision. They gave a few details about what had taken place since Beltran had been hired, and how the Mets and Beltran eventually came to this decision.

Brodie Van Wagenen says the Mets didn't know anything about the Astros' illegal sign-stealing when they hired Carlos Beltran on Nov. 1.

Brodie Van Wagenen, who is good friends with AJ Hinch, said he had not heard any "rumblings" about the Astros doing sketchy things during the Mets' manager search in October.

The Athletic published the first report about the Astros using technology to steal signs on November 14. Beltran spent the 2017 season with the Astros, playing as the designated hitter and eventually winning his first and only World Series ring. The report featured a reference to a “veteran player” and a coach masterminding the scheme, but it was not known to be Beltran at that time.

Van Wagenen told the media on Thursday that when the story broke, they didn’t discuss it with Beltran at all, preferring to wait until MLB’s investigation was complete.

Between mid-November and Monday, the Mets and Beltran did not discuss the sign-stealing, beyond encouraging cooperation with MLB's investigation.

Wilpon: "We wanted to steer clear and allow the commissioner to do his investigation without any interference from us."

Commissioner Rob Manfred released his official report on his investigation into the Astros’ sign-stealing during the 2017 season on Monday. Beltran was the only player named in the document, confirming that he was the veteran player referenced in The Athletic’s original report. He and Alex Cora developed the sign-stealing scheme which was used during the 2017 regular season and postseason.

Wilpon said that at an earlier point, he had been told by “sources” that Beltran wouldn’t be suspended. That turned out to be true (the cheating occurred while Beltran was a player, so he was not suspended), but Beltran’s presence in the MLB investigation report was unexpected.

Jeff Wilpon: "We heard from sources that Carlos was not going to be suspended. The change was, when the report did come out, how prominent he was in it."

In light of Beltran being the only player named in the report, Van Wagenen told the media that he had met with the commissioner’s office on Wednesday to gain more clarity on Beltran’s role in the sign-stealing.

Brodie said the meeting with MLB on Wednesday was to understand more about Carlos' role. Wouldn't get into specifics.

Van Wagenen refused to give any details on what was said or what he learned during that meeting.

Both Wilpon and Van Wagenen emphasized that Beltran was not fired, but that both parties came to a mutual agreement that they should part ways. Van Wagenen wouldn’t share many details, but Wilpon revealed that MLB had no role in their decision.

Van Wagenen said after meeting with Beltran, they agreed it would be incredibly difficult for Beltran to manage in the way he wanted to manage.

Brodie Van Wagenen: "We're not sharing all of the details that led us to this point."

Jeff Wilpon asked if MLB provided guidance on the decision: "Absolutely not. They specifically said it was a club decision."

They also wouldn’t reveal if Beltran’s contract will be paid out in full, or if they reached a buyout agreement.

Jeff Wilpon won't say if Beltran will get paid by the Mets.