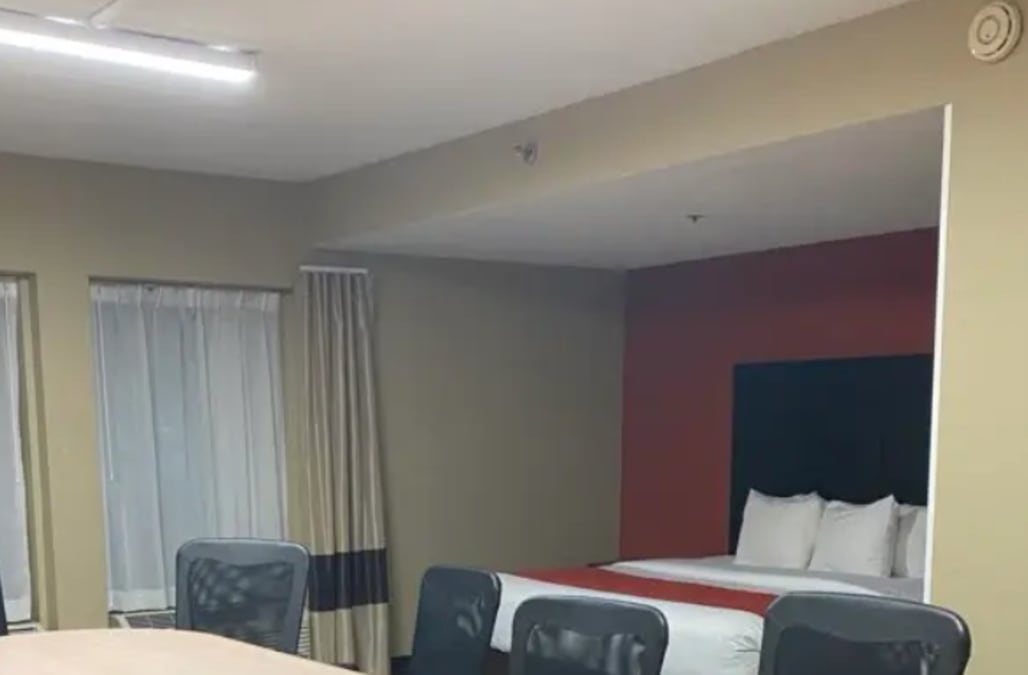 A stranded traveler in Chicago received a hotel voucher for a room and it turned into a viral Twitter moment.

Eoin Carrigan's flight out of Chicago got canceled on Jan. 11 and he was told by a receptionist that he would be put up in the "boardroom suite" at the nearby Comfort Inn O'Hare.

According to Carrigan's tweet, he initially thought "boardroom suite" sounded a little weird, that is until he walked in and saw how literally the hotel took the phrase.

Inside the room was a boardroom set up — a traditional conference table and eight chairs — and a bed off to the side.

Flight out of Chicago cancelled so I’ve been put up in the O’Hare Comfort Inn. Lady at reception said I’m in the ‘Boardroom Suite’. I thought to myself “weird name”, then walked into this... 😂 pic.twitter.com/9LfMRybGUl

Carrigan told Insider in an interview that he posted the tweet because he thought it was hilarious. A lot of the replies revealed several travelers have encountered similar, bizarre hotel rooms.

At least there's a regular sized bed. We missed our connection in DC with 2 kids under 5 and were given a "Parlor Room". It's exactly the opposite level of glamour than it sounds. We forced them to put us in a regular room bc no. pic.twitter.com/6d0LlRAJzW

"No shower, but at least there was a twin sized roll out cot at the end of the 12 person boardroom table?" one person tweeted.

This is the room I was offered at the Westin in Ottawa a few weeks ago when there was no room avail for me. No shower, but at least there was a twin sized roll out cot at the end of the 12 person boardroom table? pic.twitter.com/r3R72WyZox

Been there done that. pic.twitter.com/jzdwyO3BjK

The Comfort Inn O'Hare describes the room where Carrigan stayed as a "conference suite." It typically goes for $999 a night, and the listing online does not include a photo, says Insider.

Apparently, the bed can fold up into the wall — just in case you want to look professional at your meeting and don't have time to fold your sheets.