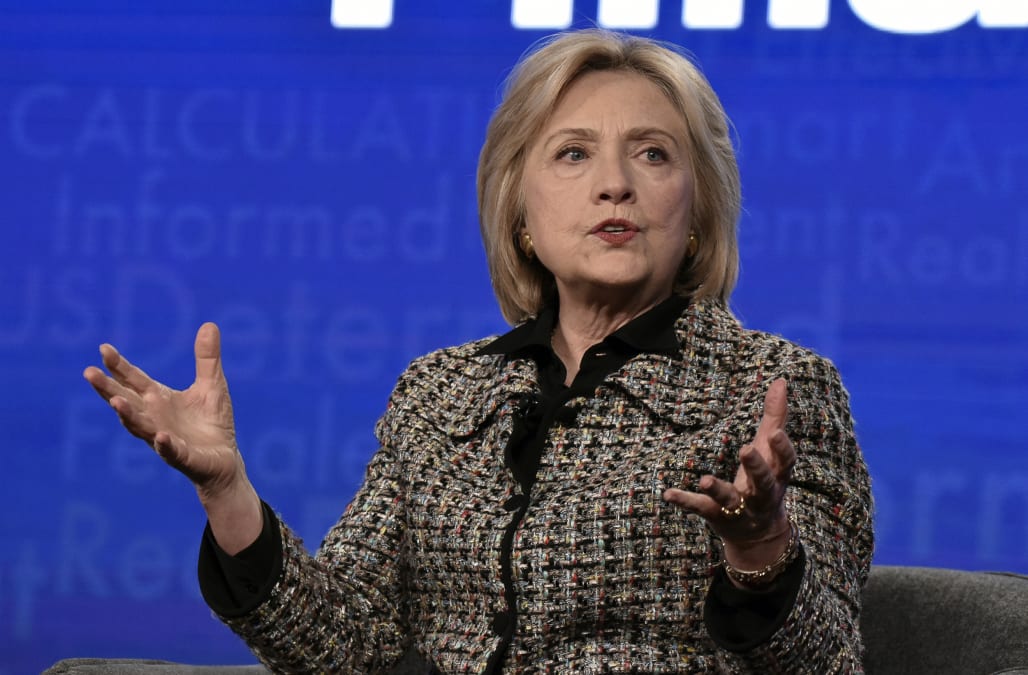 “This is an election that will have such profound impact, so take your vote seriously,” Clinton said. “And for Democratic voters, try to vote for the person you think is most likely to win. Because at the end of the day, that is what will matter — and not just in the popular vote, but the electoral college.”

Voters must act thoughtfully “because Lord knows what will happen if we don’t retire the current incumbent and his henchmen, as (House Speaker) Nancy Pelosi so well described them,” the former first lady said.

Clinton, who won a majority of votes in the 2016 election but lost to GOP candidate Donald Trump in the electoral tally, made her comments Friday during a Q&A session with TV critics about a new Hulu documentary on her life and career, “Hillary.” The session largely focused on the documentary directed and produced by Nanette Burstein and ended before any questions about President Trump’s impeachment trial were asked.

Former President Bill Clinton was impeached in 1998 in connection with his relationship with White House intern Monica Lewinsky. He was not convicted in the Senate trial.

“Hillary,” which includes what’s described as previously unseen footage from the 2016 campaign as part of an “intimate portrait” of Clinton, debuts March 6 on the Hulu streaming service.

What started out as a campaign documentary became something more expansive, said the former secretary of state for President Barack Obama.

Clinton recalled Burstein telling her it was a “bigger story” that needed to be told, one that was part of the arc of "women’s history and advancement, choices that are made. I’m not running for anything, I’m not in office, so I said, ‘Sure, why don’t we give it a try.’ And off we went.”

The filmmaker said a main goal was to help people see "this is a historical figure who is incredibly polarizing and why. When you actually get to know her and really understand the intimate moments of her life ... you realize how misguided we can be in the way we understand history and media.”

Clinton was asked what she took away from the film’s depiction of her journey.

“One was the recognition that I have been often, in my view, mischaracterized or misperceived, and I have to bear a lot of the responsibility for that. Whatever the combination of reasons might be, I certainly didn’t do a good enough job to break through the perceptions that were out there,” she said.