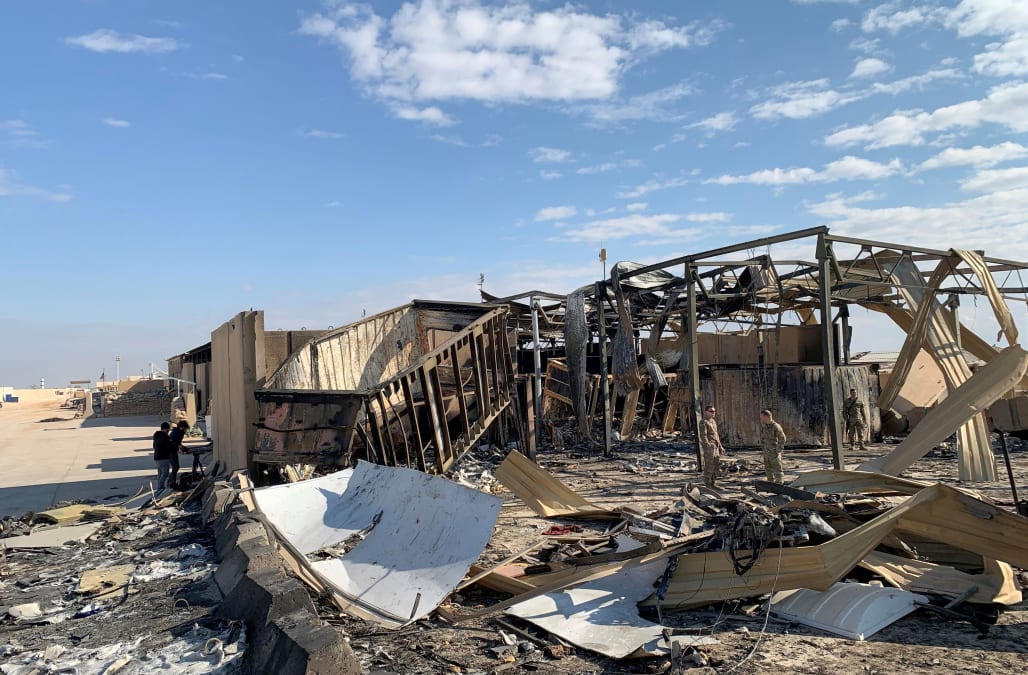 Several U.S. service members were treated for concussions after Iran launched ballistic missiles earlier this month in Iraq in retaliation for the U.S. killing of a top Iranian commander, the Pentagon said Thursday.

"While no U.S. service members were killed in the Jan. 8 Iranian attack ... several were treated for concussion symptoms from the blast and are still being assessed," Capt. Bill Urban, spokesman for U.S. Central Command, said in a statement.

"All personnel in the vicinity of a blast are screened for traumatic brain injury, and if deemed appropriate are transported to a higher level of care," Urban said.

In the days after the attack, 11 service members have been transported to two hospitals, in Germany and Kuwait, for follow-on screening, with most of those going to Germany, Urban said.

President Donald Trump said the day after the missile strikes that no American or Iraqi lives were lost because of precautions that had been taken and the dispersal of forces “and an early warning system that worked very well." The president also said then that no Americans were harmed.

Iran launched ballistic missiles against two bases in Iraq that house U.S. forces, including the Ain al-Asad base about 110 miles northwest of Baghdad, on Jan. 8 as retaliation for a drone strike that killed Gen. Qassem Soleimani, commander of Iran’s secretive Quds Force, and another man who is said to be the deputy of militias in Iraq.

Hours after the ballistic missile launch, Iran’s military unintentionally shot down a Ukrainian passenger jet that had taken off from Tehran’s airport, Iran confirmed last week.

The downing of Ukraine International Airlines Flight PS752 killed all 176 people on board, including many Iranians and Canadians.

Iranian officials said the plane was shot down because of “human error.” Iranian President Hassan Rouhani has called "disastrous mistake."

Iran's judiciary said this week that an undisclosed number of suspects involved in the accidental downing of the plane have been arrested.

Urban said that "when deemed fit for duty, the service members are expected to return to Iraq following screening."