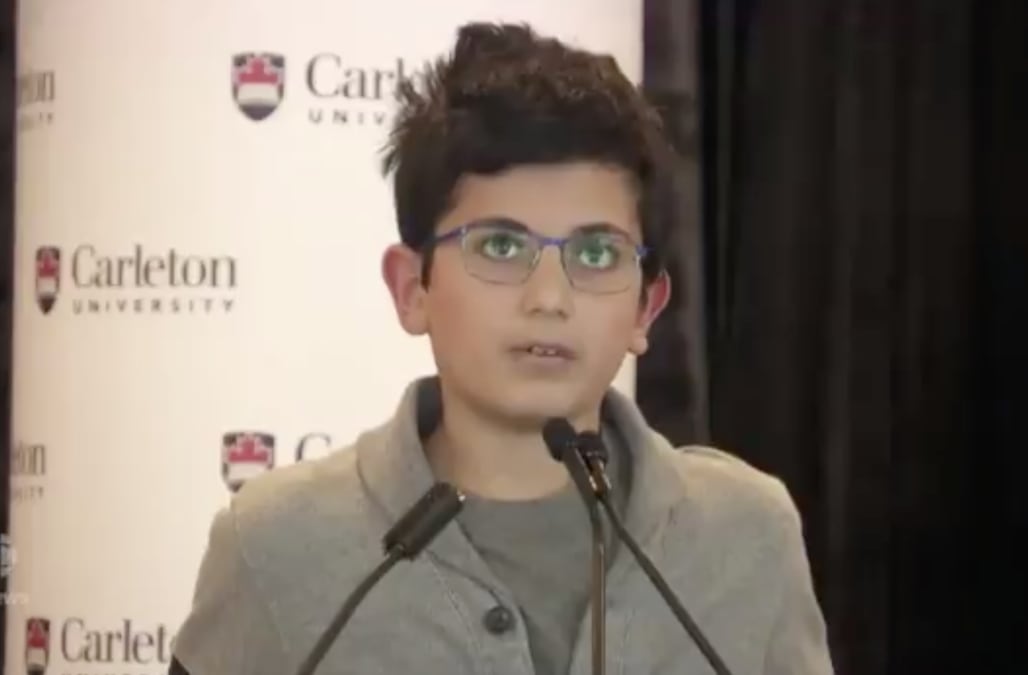 A 13-year-old boy whose father was one of the 176 passengers who died in a plane crash after Iran's government shot down a jet just outside Tehran delivered a heartbreaking speech at his memorial service.

Ryan Pourjam spoke about his father, Mansour Pourjam, at Carleton University in Ottawa, Ontario, Canada, where he earned his degree in biology, according to BuzzFeed News. Mansour was most recently a dentist at Ottawa Denture and Implant Centre, where he worked for 12 years, the Ottowa Citizen reported.

In a video of Ryan's remarks given just a week after his dad's death posted by Catherine McKenna on Twitter, the boy appears largely focused on the positive.

While so many of us struggle to find the words to express our sadness over the many lives lost in last week's horrific plane crash, 13-year-old Ryan — who lost his beloved father, Mansour — shows unbelievable poise in the face of extreme tragedy. We can all learn from Ryan. pic.twitter.com/L5fePoKiKN

"He’d always tell me to stay positive through the dark times and through the good, when we'd get stuck in traffic or when I couldn't get the coffee that I wanted," he said.

"I don’t want to talk about the bad things," he continued. "Because I know that if my dad was alive, and if someone else died in the crash and that he was right here giving a speech, he wouldn't talk about the bad stuff. I won’t."

Ryan described his father in one word, which was "strong."

"He’s been through tragedy after tragedy, wall after wall, wrong turn after wrong turn, and he stood strong," he said while holding back tears. "He was amazing, and we loved each other."

Ryan said he was comforted by the people who showed up to the memorial to honor his dad, calling it "amazing."

"I stand up here a week after this horrible tragedy and I still can’t believe it. I feel like I’m dreaming," he concluded.

"But I know that if I was dreaming, and that if he woke me up, he'd tell me that it's going to be okay," he continued. "And it will be."