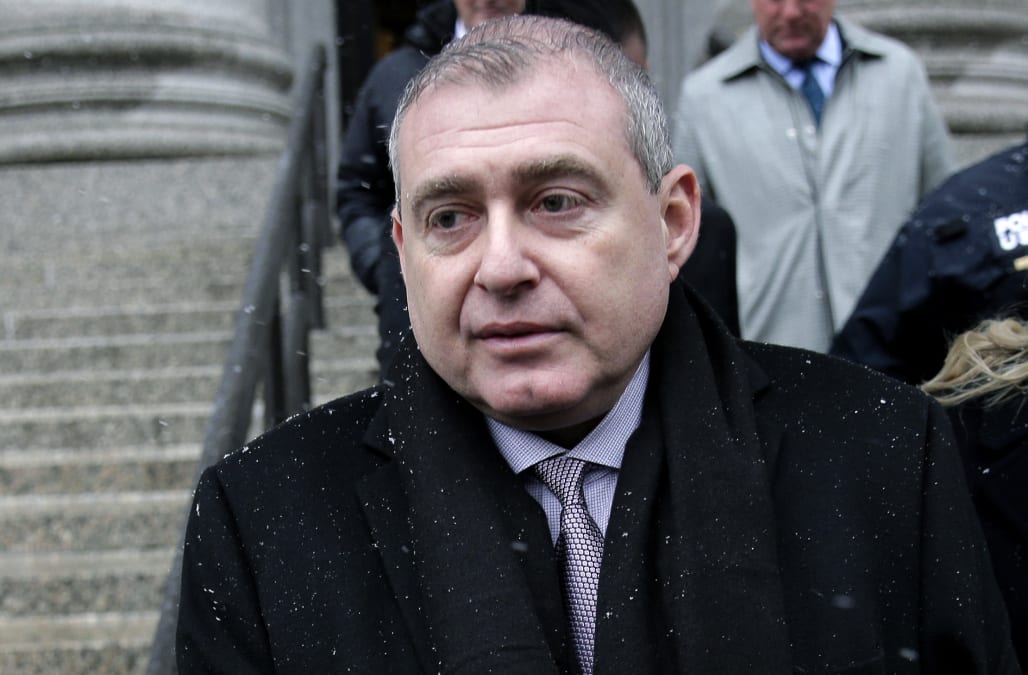 Rudy Giuliani associate Lev Parnas said he was giving media interviews about his role in President Trump’s attempts convince Ukrainian officials to announce an investigation into former Vice President Joe Biden because he wanted to protect himself from Attorney General William Barr.

Parnas made that claim in an interview with MSNBC host Rachel Maddow, the second part of which aired Thursday night.

Trump, Parnas said, was made more powerful “when he got William Barr.”

“They're trying to scare me into not talking,” Parnas said of officials in the Justice Department, adding that “My wife is scared. My kids are nervous."

“People are scared,” he said of Trump’s supporters. “Am I scared, yes.”

Parnas, who is under indictment on campaign finance charges in the Southern District of New York, which is overseen by Barr’s office, went on to describe Trump as a “cult leader.”

"I don’t think Trump is like organized crime,” Parnas said, “I think he’s a cult leader.”

Parnas, who is free on bond, described a tense meeting in jail with his former lawyer John Dowd, who also represented Trump. According to Parnas, Dowd and Kevin Downing visited Parnas in jail to try to talk him out of cooperating with the House impeachment inquiry.

“Were they telling you to sacrifice yourself to protect the President?” Maddow asked.

“That's the way I felt,” Parnas replied, adding that he told the two lawyers, "If you don't get out of here right now, something bad is going to happen." He then fired them. His current lawyer, Joseph Bondy, was at his side for the interview.

Parnas has turned over voluminous documents and cellphone records to House investigators pertaining to his role as a go-between in the efforts to pressure Ukraine to investigate Biden.

Trump, meanwhile, continued to assert that he did not know Parnas.

"I know nothing about him but I can tell you this, I don’t know him, I don’t believe I’ve ever spoken to him," Trump told reporters at the White House Thursday.

There are numerous photographs of Trump and members of his family with Parnas, and he has turned over to the House emails indicating that Trump personally signed off on Dowd taking on Parnas as a client.

Parnas also said that after spending months pressing Ukraine’s government to announce an investigation into Biden and his son Hunter, he has come to conclusion that such an investigation was not warranted.

"After analyzing all the evidence and sitting back and, what’s it called, really understanding what’s going on, I don’t think Vice President Biden did anything wrong,” Parnas said. “I think he was protecting our country and getting rid of probably a crooked attorney general."

A night earlier, Parnas described the direction Trump had given Giuliani, including linking the release of nearly $400 million in congressionally approved military aid to an announcement of an investigation of Biden. Parnas told Maddow that “everybody was in the loop,” including Vice President Mike Pence.