Donald Trump Jr.'s question about Democrats backfires: 'I hate to break it to you but ...' 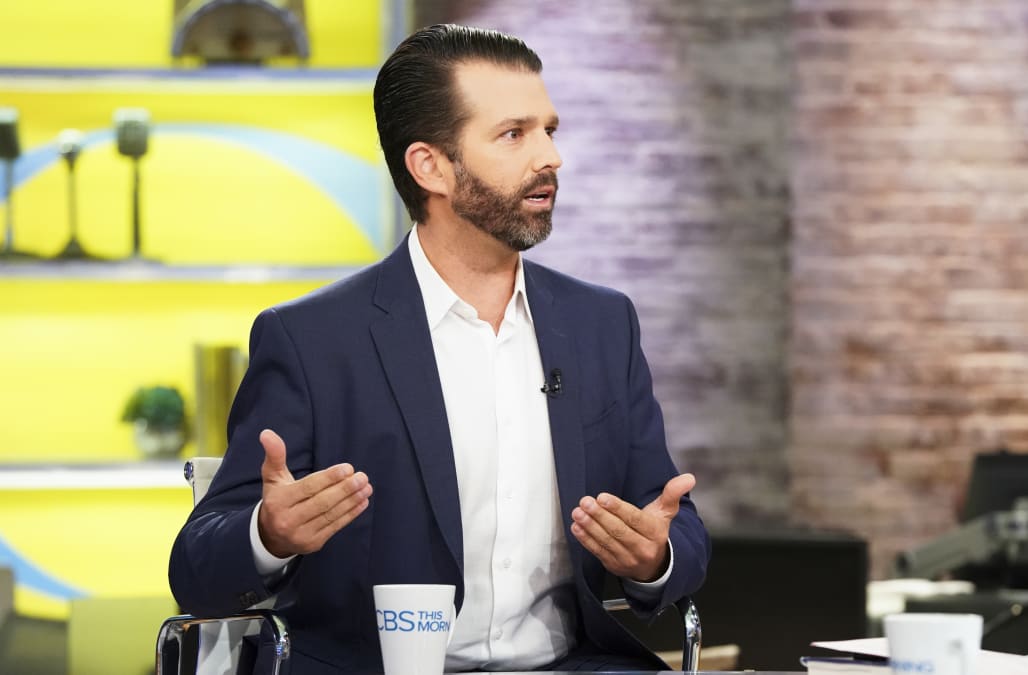 Donald Trump Jr. took to Twitter to slam Democrats, but the question he asked ended up backfiring in a big way.

"Today we saw [Donald Trump] stand up for America & the American working class & strike a great trade deal, while the #DoNothingDemocrats continue their 3 year smear campaign of a President that is finally getting real things done," he tweeted.

Today we saw @realDonaldTrump stand up for America & the American working class & strike a great trade deal, while the #DoNothingDemocrats continue their 3 year smear campaign of a President that is finally getting real things done.

Twitter was quick to answer, with many users reminding the president's son that his father was just impeached by the Democratic-controlled House over the Ukraine scandal. Trump is only the third president to be impeached by the House for "high crimes and misdemeanors," which one person commented, "was a pretty big accomplishment."

They kind of impeached your corrupt dad.

I’d say that was a pretty big accomplishment.

They impeached your dad.

Well, they permanently attached the word "Impeached" to your father's name.

Trump Jr. didn't respond to any of the commenters, but he did subsequently tweet that Democrats "fight for nothing other than to stop [Trump] from doing a great job & keeping his promises."

While @realDonaldTrump signs a historic trade deal with China the Democrats push for impeachment. While he renegotiated NAFTA they were pushing collusion while Trump fights for Americans, Dems fight for nothing other than to stop him from doing a great job & keeping his promises.

The House managers officially presented the articles of impeachment to the Senate on Thursday. Senate Majority Leader Mitch McConnell told reporters on Tuesday that the Senate impeachment trial will likely begin next week, CNN reported.