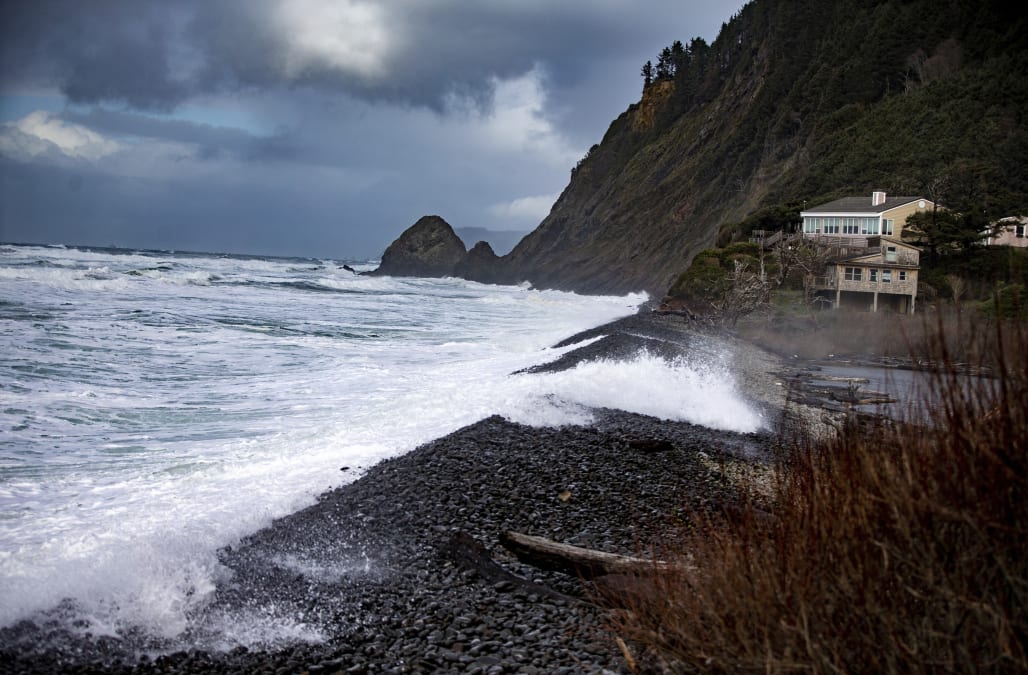 The arrival of king tides and their accompanying rogue waves led to tragic consequences in Oregon over the weekend when a father and two children were swept away.

One child died, one is still missing and the father, 47-year-old Jeremy Stiles, is recovering from hypothermia, according to the Oregonian.

Footage taken the same day elsewhere in Oregon shows how quickly “rogue” or “sneaker” waves can strike ― and how completely they can overwhelm bystanders:

“We were lucky in that it was mostly foam that came over the wall and up the ramp,” Gwendolyn Lahti wrote on YouTube. “Had it been mostly water, it could have been much worse.”

Footage the same day from near Eureka, Calif. shows three beachgoers being taken down by a rogue wave:

Marcella Ogata-Day, who filmed the wave, said everyone was OK.

But she warned people to be alert.

“Any one of us could be there on that bank near the parking lot checking out the high tide,” she wrote. “Any one of us can be walking along a beach on a nice sunny day and a surge comes up and pulls a dog, a friend, a family member unexpectedly. Awareness and understanding will help.”

The National Ocean Service has more on king tides ― aka perigean spring tide ― and when they’re next expected to arrive.

But rogue waves can strike nearly any time of year, making it important to always be alert when near the water.