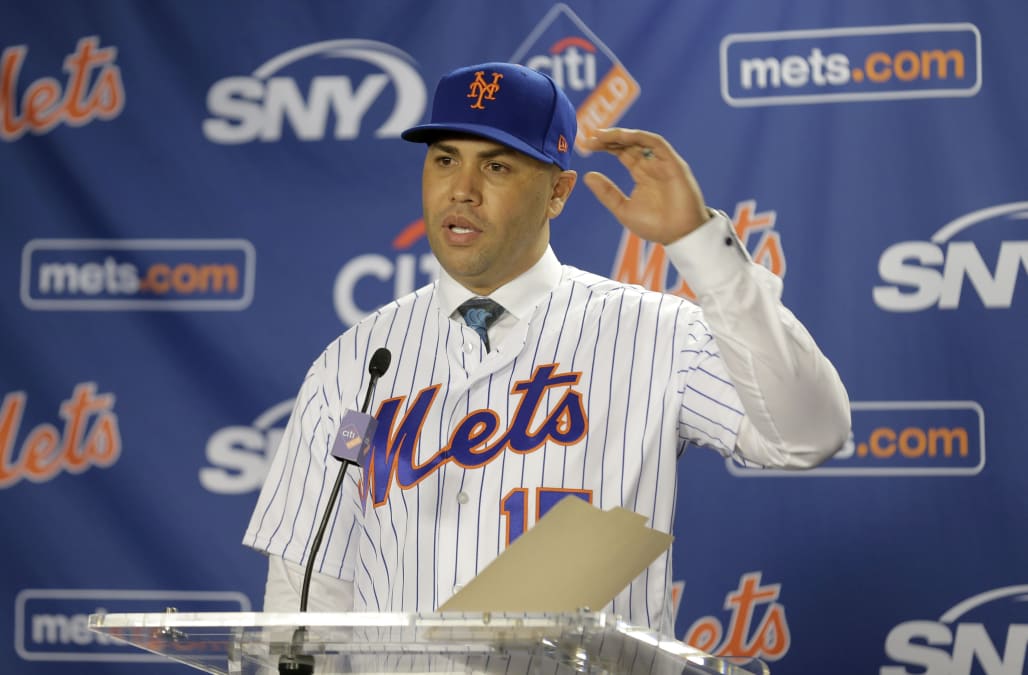 Carlos Beltran will never manage a game for the New York Mets.

Beltran and the Mets have decided to part ways after he was specifically named in Major League Baseball’s report as a key player in the Houston Astros sign-stealing scandal. Yahoo Sports’ Tim Brown reports that it’s a mutual decision between the Mets and the 42-year-old ex-outfielder:

Carlos Beltran has told the Mets it is best if he steps down. Looks like the direction this will take.

Beltran was an active player for the Astros in 2017 when they illegally stole and transmitted signs during the regular season and World Series. Like the other current and former players questioned during the investigation, Beltran will not face a punishment from the league.

Astros manager A.J. Hinch and general manager Jeff Luhnow were not so lucky. Both were suspended by the league and immediately fired by the Astros for their involvement. Alex Cora, who served as Astros’ bench coach in 2017 and led the Boston Red Sox to the 2018 World Series championship, parted ways with Boston on Tuesday.

Those dismissals set a precedent that had all eyes focused on the Mets over the last 48 hours.

Beltran was the first managerial hire by general manager Brodie Van Wagenen back in November. That he’s decided to cut ties with Beltran is a loud declaration that the Mets’ front office wants to steer clear of the sign-stealing scandal and the chaos that is sure to follow.

One name that immediately surfaced as a replacement is Mets coach Luis Rojas, a 38-year-old who has coached in the Mets’ system since 2011. Rojas was a candidate for the managerial job before the Mets’ chose Beltran. He was the Mets’ quality control coach in 2019 and is the son of Felipe Alou and brother of Moises Alou.