An arrest warrant has been issued for Odell Beckham Jr. on a battery charge after a viral video showed him smacking a cop's behind 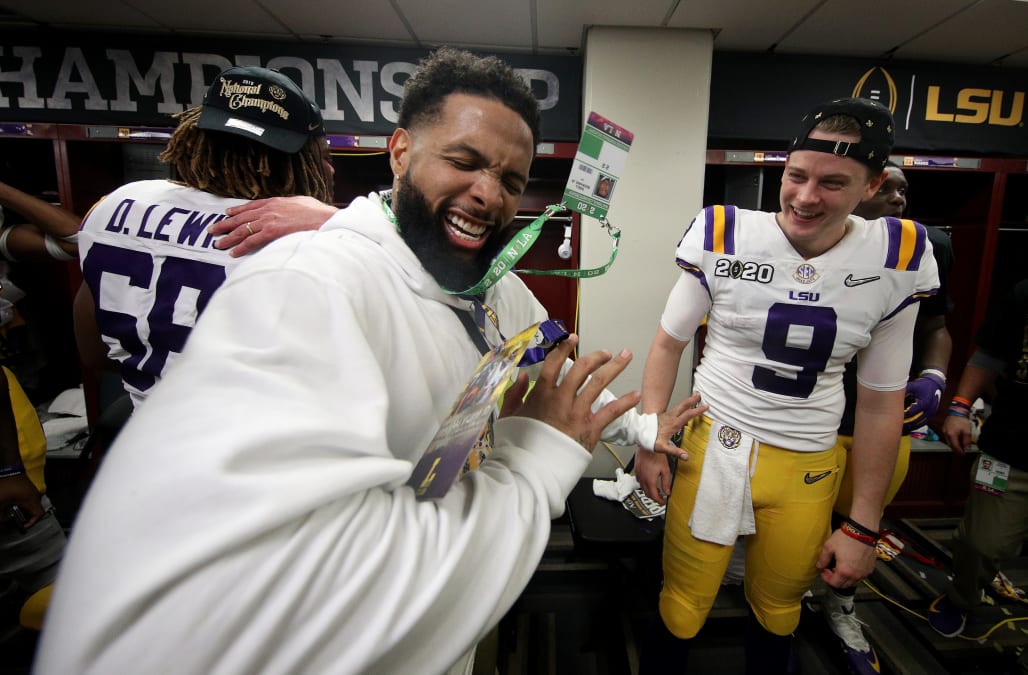 Beckham was accused of simple battery after a video showed him slapping the butt of an officer who was speaking to LSU guard Damien Lewis during the team's post-game locker room celebration.

OBJ wasn’t gonna let that officer spoil the fun.. told him to get the gat. 🤣 pic.twitter.com/sWoWj53r42

According to The Advocate's report, authorities originally sought a warrant for a misdemeanor sexual battery charge but a judge denied that request.

The Tigers celebrated their victory with post-game cigars in the locker room. According to reports after the game, an officer in the locker room had scolded the players for smoking, saying that those partaking in the victory cigars were subject to arrest.

Michael Casagrande fromal.com reported that players laughed off the demand, but the officer appeared to be serious about everyone stubbing out their cigars. When another cop tried to allow the team to continue celebrating by smoking the stogies, the original officer insisted on shutting down the unofficial cigar lounge.

"We are aware of the incident and have been in touch with Odell and his representatives on the matter. They are cooperating with the proper authorities to appropriately address the situation," the Cleveland Browns said in a statement on Thursday. Beckham has yet to issue a statement on the arrest warrant.

It's not the only trouble the Browns superstar receiver found himself in on Monday night.

Moments after the confetti fell, cameras seemingly caught Beckham handing money to two LSU wide receivers who are set to enter the NFL Draft this spring. While LSU initially denied that money was real, quarterback Joe Burrow later said it was legitimate, sparking an investigation into the matter.