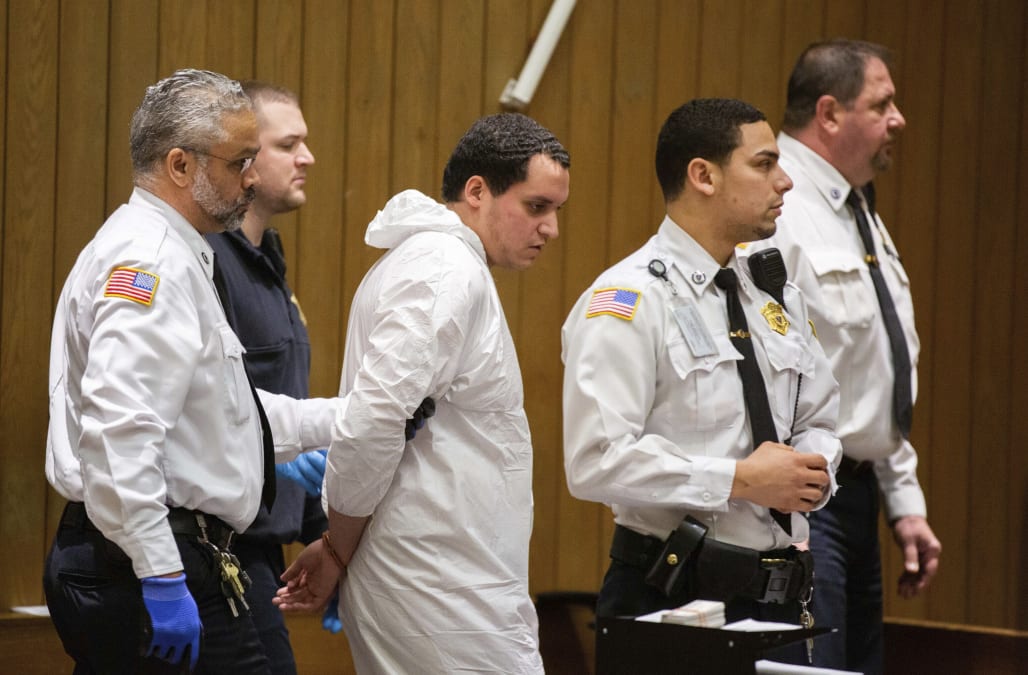 A Massachusetts girl was found safe, and a man was taken into custody Wednesday evening in connection to a kidnapping that sparked an hourslong Amber Alert.

Charlotte Moccia, 11, had just gotten off a school bus and was walking on a street toward her home in Springfield just before 1:30 p.m. on Wednesday when she was forced into the back of a blue Honda by a man later identified as Miguel Rodriguez, according to local and state police. A bystander, Julius Kenney, told NBC Boston that he and his wife were at home when he heard a girl yelling for help.

"I heard the girl screaming and [a man] throwing her in the back, and I did get a good look at the car," he said. "My wife saw most of it."

The kidnapping sparked an Amber Alert for the girl. The alert was canceled roughly six hours later after authorities found Rodriguez's car stopped in a work zone area along the Massachusetts Turnpike. Police said a driver called 911 to report seeing a car that matched the description in the Amber Alert.

Charlotte was in the car and had no visible signs of injury, the Massachusetts State Police said in a press release. She was taken to a hospital for evaluation.

Rodriguez, 24, of Springfield, was taken into custody. As of Thursday morning, charges were still pending.

Springfield Police Commissioner Cheryl Clapprood said at a news conference Wednesday shortly before 8 p.m. that police do not believe Rodriguez knew Charlotte. She also said there may have been a woman driving the car at the time of the kidnapping.

"What happened is, I think, every parent's worst nightmare," said Clapprood, who thanked the public for their help in finding the vehicle.

"The biggest factor I think in this was the assistance of the public. The tips coming in were amazing," she said. "Civilians spotted this car and helped us out immensely."