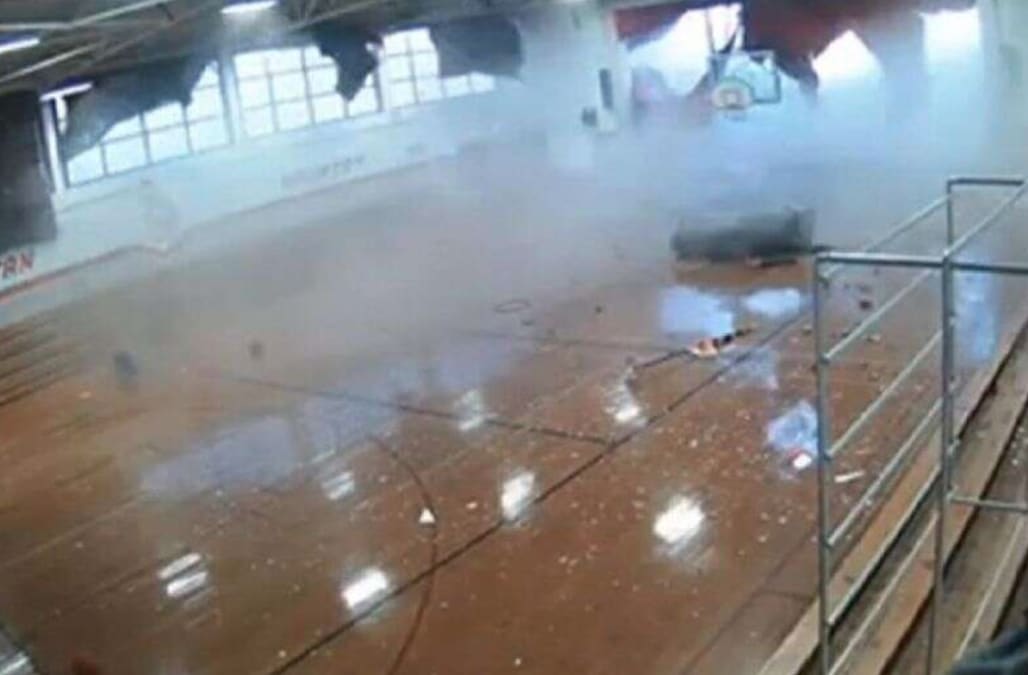 Three students were injured on Monday after a microburst — a column of sinking air — tore through their school's gym, leaving a hole in the roof and wall. More than a dozen students were playing in the gym at Union Intermediate School before hearing what sounded like an explosion and running for safety, according to CNN.

Watch the harrowing footage above.