Trump defends Bernie Sanders in his feud with Elizabeth Warren: 'I don't believe Bernie said that' 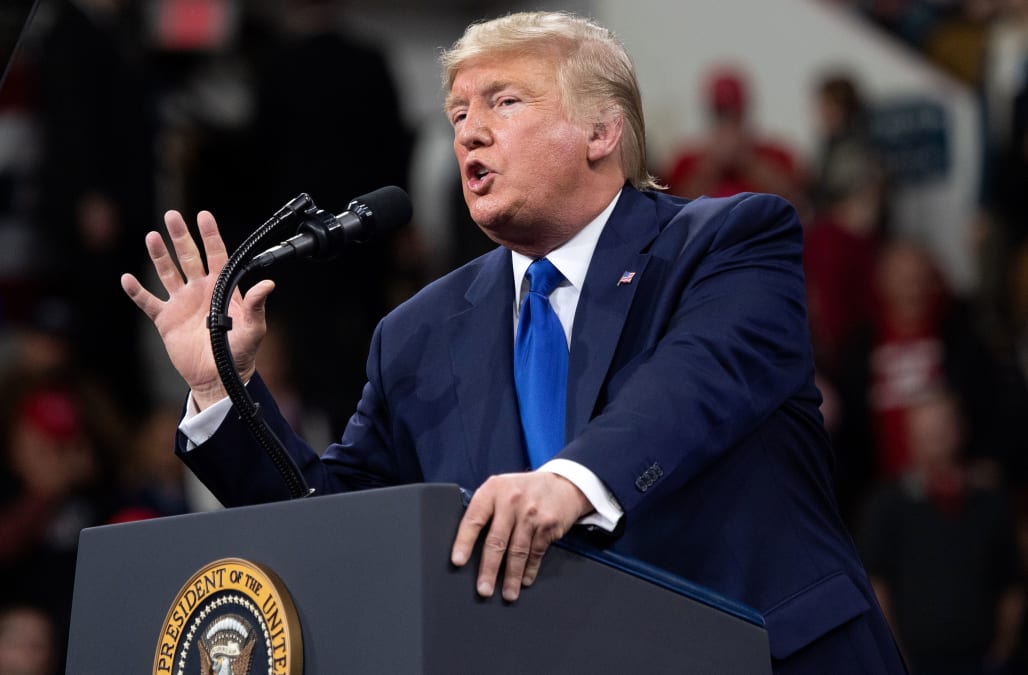 Warren said in a statement that Sanders told her that he didn’t believe a woman could become the Democratic presidential nominee. Speaking at a campaign rally in Milwaukee, Trump defended his potential opponent against the claim.

"I don't believe Bernie said that, I really don't," he continued. "It's not the kind of thing he would say."

Sanders has denied Warren's account of the 2018 meeting where he allegedly made the comments.

"It is ludicrous to believe that at the same meeting where Elizabeth Warren told me she was going to run for president, I would tell her that a woman couldn't win," Sanders said in a statement to CNN.

"What I did say that night was that Donald Trump is a sexist, a racist, and a liar who would weaponize whatever he could," Sanders continued. "Do I believe a woman can win in 2020? Of course! After all, Hillary Clinton beat Donald Trump by 3 million votes in 2016."

Although Trump uncharacteristically sided with Sanders, he wasn't safe from the president's attacks. Trump warned rallygoers that "Bernie is surging" in the polls before criticizing Democrats for the "impeachment hoax," NBC News reported.

More from Aol.com:
Here are the winners and losers of the 7th Democratic primary debate in Iowa
Tom Steyer gets his big moment by awkwardly interrupting Bernie Sanders' and Elizabeth Warren's post-debate exchange
3 key takeaways from the first Democratic debate of the year