'This Is Us' star Mandy Moore campaigns for Pete Buttigieg: 'I’m so inspired by him' 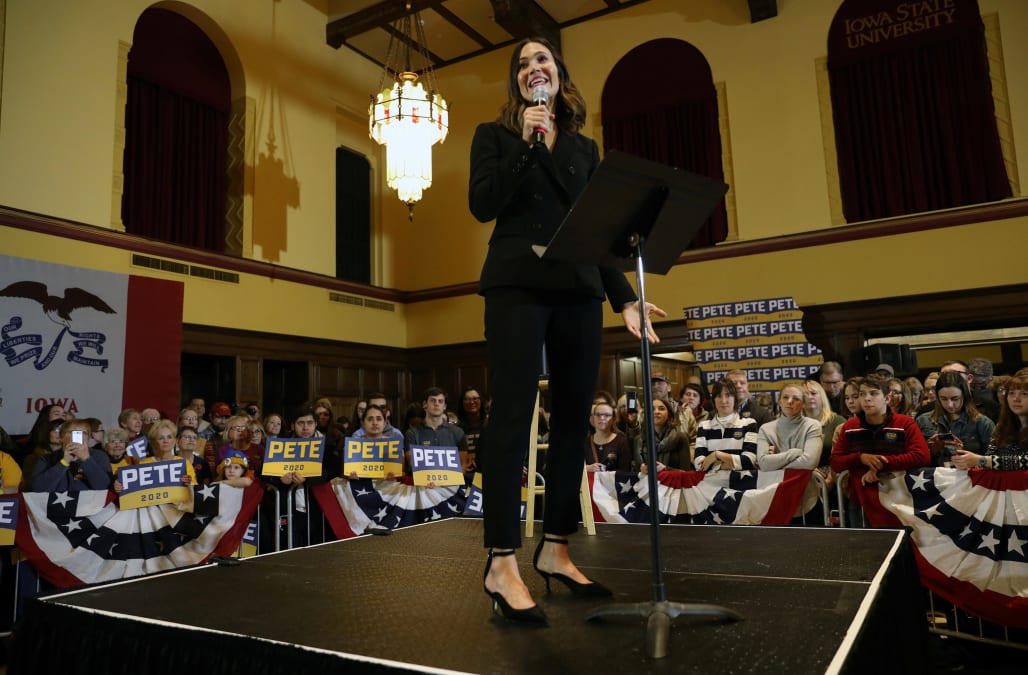 Mandy Moore, who has mostly stayed silent on politics, joined Mayor Pete Buttigieg to help campaign at a town hall in Iowa this week.

The "This Is Us" star told the Des Moines Register that Buttigieg, who she has supported since she first heard about him, made her realize "there was no way I could sort of sit on the sidelines anymore."

"I just believe in him so much," Moore said of Buttigieg. "I’m so inspired by him. I feel like he is such a hopeful candidate. What he represents ... I felt like him, in particular, there was no way I could sort of sit on the sidelines anymore. This is such a consequential election, period.”

About to go onstage with this guy! @PeteButtigiegpic.twitter.com/aylr8w3Bjx

Buttigieg hugged Moore on the town hall stage after being introduced. The South Bend, Ind. Mayor admitted he is a fan "This Is Us."

Moore said she and the cast of the hit NBC series do discuss politics, and she was excited to tell her co-stars about campaigning for the Democratic candidate. She was with the cast at the Critics' Choice Awards, where the show was nominated for seven awards, including best drama series, just the night before.

"Politics is something that I’ve always been fascinated by, and sort of, not sort of publicly vocal about," she told the Register. "So to actually be here, for a candidate … and a campaign I’m so passionate about, to be on the ground and get the behind-the-scenes glimpse of sort of the inner workings of a campaign, is so interesting."

The actress plans to continue to help out at events and be "as helpful to the campaign as possible," she said.

More from Aol.com:
Trump defends Bernie Sanders in his feud with Elizabeth Warren: 'I don't believe Bernie said that'
Here are the winners and losers of the 7th Democratic primary debate in Iowa
Tom Steyer gets his big moment by awkwardly interrupting Bernie Sanders' and Elizabeth Warren's post-debate exchange