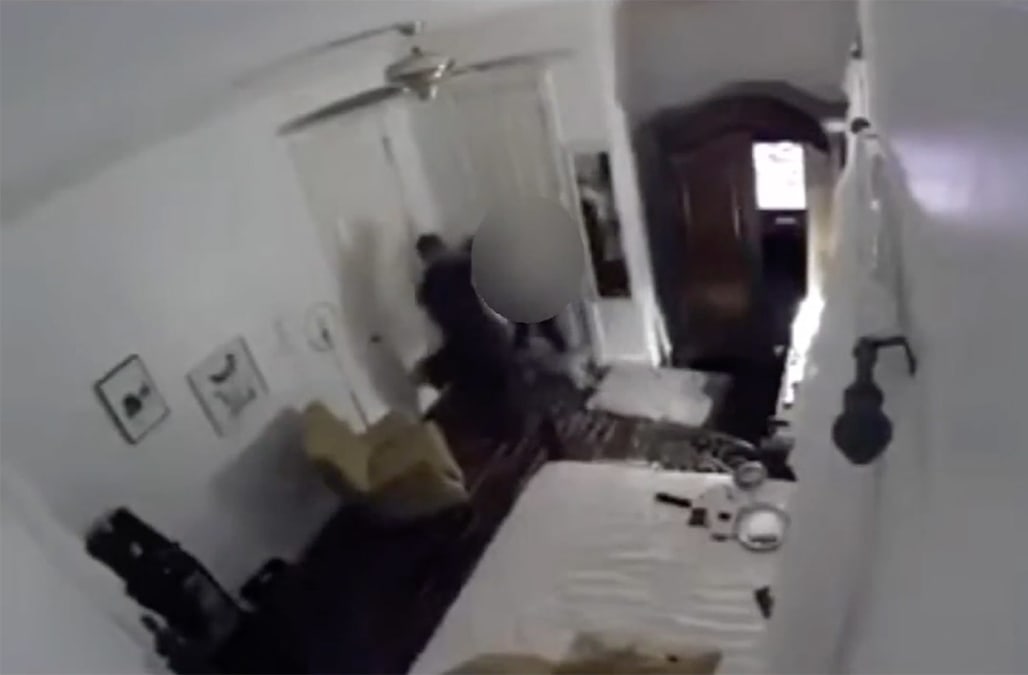 WARNING: This article contains graphic content that may be unsettling for some readers.

After no one believed a Florida girl’s claims of violent physical abuse by her dad, she set up cameras to catch him in the act.

The 14-year-old, who had been reporting abuse for years, finally took matters into her own hands last month. After the unnamed teen turned in the footage from hidden cameras in her room over to Okaloosa police, Damon Richard Becnel, 47, was arrested Jan. 2 on charges of child abuse and animal cruelty, NBC News reported.

In videos shared with WEAR by the teen's mother, Becnel head-butts his daughter and threatens to kill the dogs.

After hitting the dog, the man grabs it by the mouth, then the throat, and throws it to the ground.

"I'm going to kill the dog," he's heard saying in the video as the teen pleads, "Stop, please stop."

The girl jumps on the man's back to stop him and he then "grabs the victim by the hair and pushes the victim’s head toward the bed, which makes contact with the bed frame/or post," an arrest warrant obtained by People states.

After the teen is seen "cowering in the corner," the man head-butts her so hard that her "head can be heard bouncing off the wall behind her," according to the warrant.

One woman, who asked not to be identified because she previously worked with the Becnel family, helped create a Facebook group to help get justice for the teen. The woman told WEAR that Becnel had displayed some of this behavior in the past and she doesn't want this case "brushed under the rug."

"He committed acts against two of the most innocent creatures this earth has graced us with, a child and a puppy," the woman told WEAR. "That's what I think everyone is up in arms about. I think it needs to be handled the right way or it's going to be really bad."

The girl's parents filed for divorce in 2005 and have been engaged in a child custody dispute, The Destin Log reported. The man has posted a $4,000 bond on the two charges and is scheduled to address them in court on Feb. 4, WEAR reported.

More from Aol.com:
Airline worker harasses passenger after stealing her number and following her onto plane: 'There’s no way out'
At least 8 wounded in stabbing spree in downtown Colorado Springs
Police: 3 juveniles, 2 adults wounded in Colorado shooting