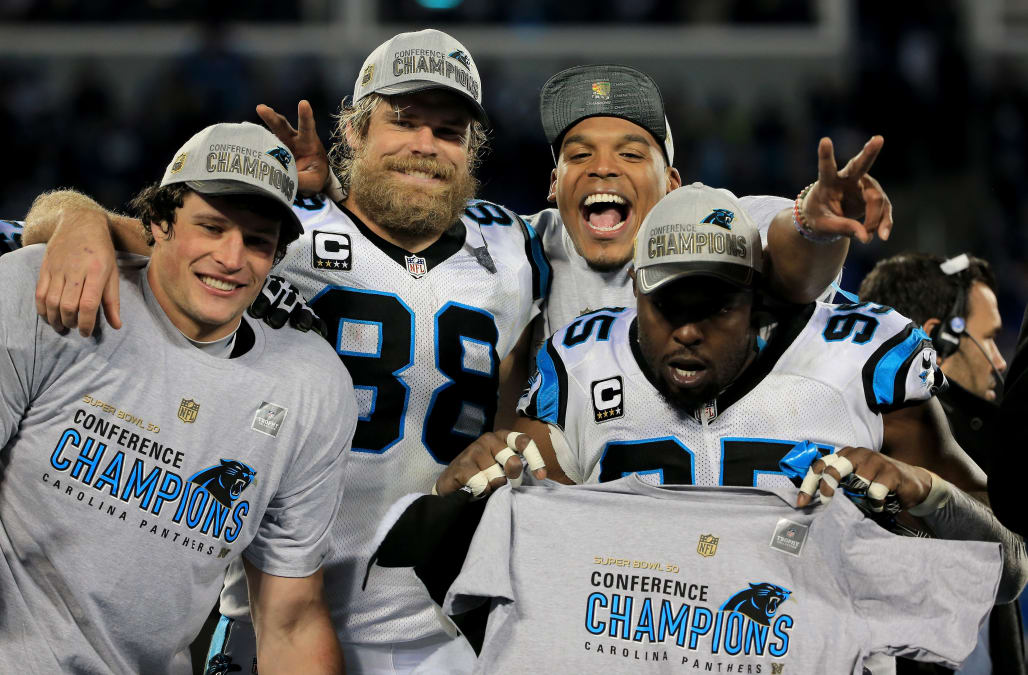 Luke Kuechly, the Carolina Panthers’ perennial All-Pro linebacker, announced his retirement from the NFL on Tuesday in a video released by the team.

At 28 years old, Kuechly’s retirement comes sooner than anyone around the NFL was expecting. In eight seasons with the Panthers, Kuechly racked up 1,092 career tackles, 75 tackles for loss 66 pass deflections and 18 interceptions.

“In my heart, I know it’s the right thing to do.” pic.twitter.com/mSDyJ0iEMw

“It’s never the right time to step away, but now is the right time for me,” Kuechly said. “It’s a tough decision, I’ve thought about it a lot and I think now is the right chance for me to move on. It makes me sad because I love playing this game. I’ve played it since I was a little kid and it’s my favorite thing in the world to do.”

Kuechly becomes the latest in a group of NFL stars to recently retire earlier than expected, joining the likes of Andrew Luck, Rob Gronkowski, Calvin Johnson, Patrick Willis and Marshawn Lynch (though that last one obviously didn’t stick).

The Panthers drafted Kuechly with the ninth overall pick in the 2012 NFL draft after a decorated career at Boston College. They were immediately rewarded with one of the best middle linebackers in football, not to mention a vocal leader.

Through his decorated career, Kuechly was a seven-time Pro Bowler, five-time first-team All Pro, 2013 NFL Defensive Player of the Year and 2012 NFL Defensive Rookie of the Year. Kuechly never posted fewer than 100 tackles in a season, and helped lead the Panthers to the Super Bowl in 2015.

The Panthers indicated those numbers are plenty to make him a team legend:

There will only be one 59 pic.twitter.com/jWv8w6TCo1

Why did Luke Kuechly retire?

The only reason Kuechly gave for his sudden retirement was that he seemed to feel he had lost a step, a bit of a surprise considering he was a second-team All Pro this season.

“There’s only one way to play this game since I was a little kid: play fast, play physical and play strong,” Kuechly said, holding back tears. “At this point, I don’t know if I’m able to do that anymore. That’s the part that is most difficult. I still want to play, but I don’t think it’s the right decision.”

Kuechly wasn’t without injury troubles on the field, suffering three concussions in as many years between 2015 and 2017 while also requiring multiple surgeries on his right shoulder.

Replacing Kuechly at this stage of his career, still seemingly in his prime, will be difficult for the Panthers. Especially this offseason.

Kuechly’s retirement yet another upheaval for Panthers

With Kuechly gone, the Panthers lose one of their biggest locker room leaders at a time of transition. The team fired head coach Ron Rivera this season after nine years in Carolina and replaced him with Baylor head coach Matt Rhule.

After reaching double-digit wins three times in the span of five years, the Panthers finished 5-11 this season. The team faces a tough question at quarterback after Cam Newton’s numerous recent injuries, a situation that carries even more intrigue after the hiring of LSU passing game coordinator Joe Brady as offensive coordinator.

Kuechly went out of his way to say the coaching change didn’t influence his decision.

“This decision has nothing to do with new coaches and Coach Rhule,” Kuechly said. “He’s going to do a fantastic job, his track record’s proven. For me, now is the right opportunity to move in a different direction.”

More from Yahoo Sports:
Antonio Gates announces retirement, will stay with Chargers in public-facing role
Terrell Owens on not making NFL's all-time team: 'I’m a bit pissed off. It’s disrespectful'
The Chiefs were choking. A fan did what he had to do.