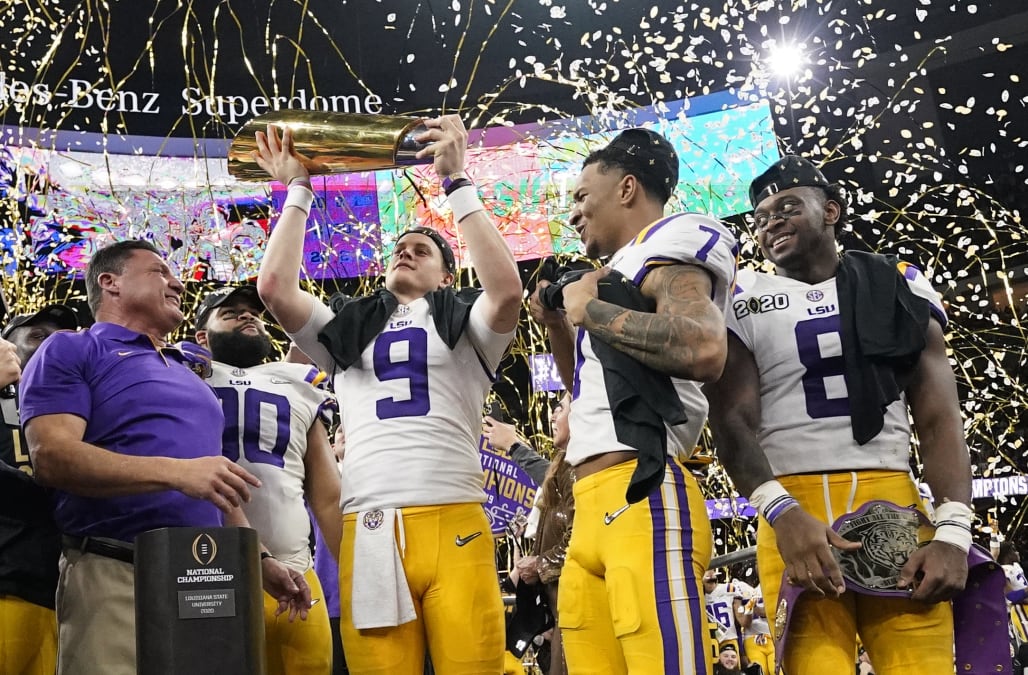 The Bayou Bengals will visit President Donald Trump and the White House on Friday, according to The Advocate.

Trump himself was in attendance at the Superdome to watch LSU top Clemson on Monday, and received a mostly favorable response from the crowd. The White House invite was confirmed for the Tigers just two days later.

This will be the fourth time Trump has hosted the College Football Playoff champions at the White House, though we’ll see if he repeats the fast food menu he served Clemson last year, or at least adds some Popeyes.

The fast food went on to become a regular feature for college champions, with the Baylor women’s basketball champions and North Dakota State FCS champions getting the McDonald’s and Burger King-heavy spread. No menu has been announced for this visit, per The Advocate.

One notable aspect about this LSU team in particular visiting the White House is the political controversy that emerged when head coach Ed Orgeron made an appearance endorsing incumbent Louisiana governor John Bel Edwards in April 2019.

Edwards, a pro-life Democrat that Trump personally campaigned against while calling him a “radical liberal,” would later win re-election.

Numerous members of the Republican party, including Sen. John Kennedy (R-La), claimed Orgeron’s appearance was a conflict of interest because Edwards was technically his boss. Democrats countered that it was Orgeron’s first amendment right to endorse who he wants and that there is a history of coaches making such appearances.