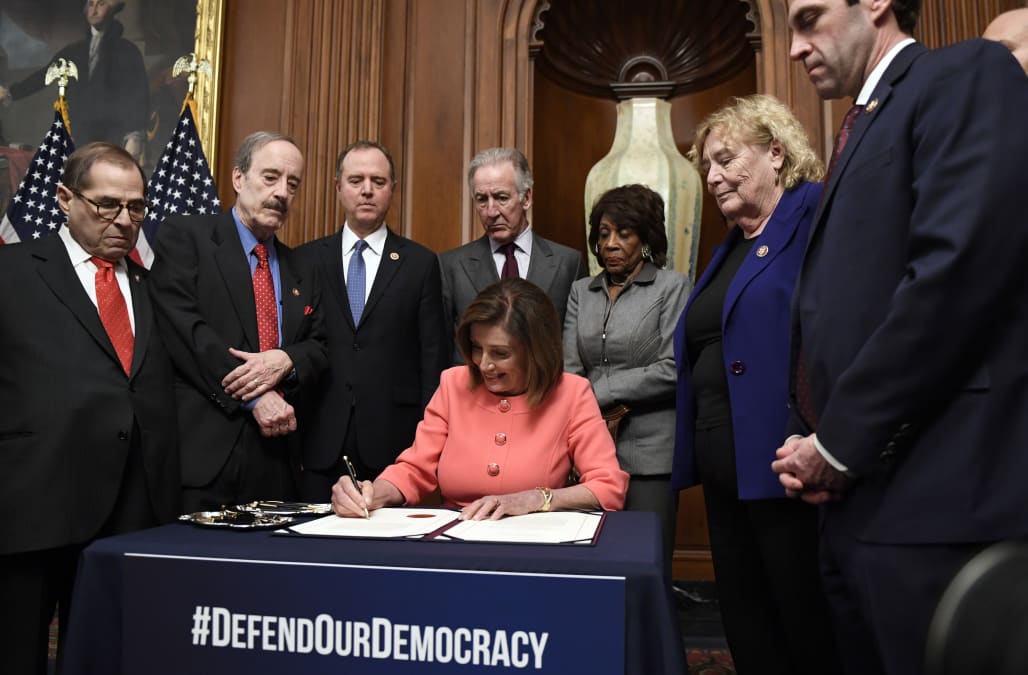 House Speaker Nancy Pelosi has sent impeachment articles to the Senate, weeks after the House voted to impeach President Donald Trump. The move kicks off a formal trial against the president.

House Democrats had been engaged in a lengthy standoff with Senate Republicans over procedural issues. Pelosi insisted that Senate Majority Leader Mitch McConnell lay out the rules for the trial before she would transmit the articles.

"We need to see the arena in which we are sending our managers. Is that too much to ask?" Pelosi said.

"There will be no haggling with the House over Senate procedure," McConnell said.

President Trump is the third president in American history to be impeached.