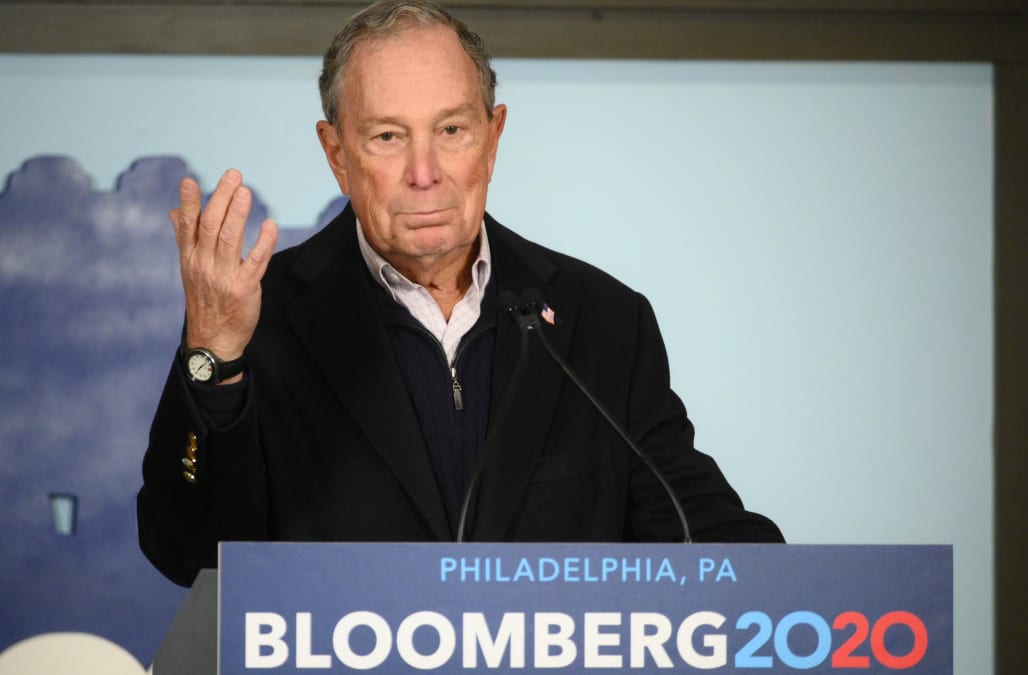 Michael Bloomberg's campaign tweeted such bizarre things during the debate last night that people thought the account had been hacked. His campaign, however, confirmed that it wasn't.

The former New York Mayor wasn't on stage at the seventh Democratic presidential debate in Iowa on Tuesday, but he instead tried to appeal to voters with a strange mix of tweets about everything from meatballs to Lady Gaga.

The tweets started off normal enough, sharing "interesting facts" about the candidate.

Like Bruce Wayne, Mike is a cosmopolitan philanthropist. As far as whether Mike dons a disguise to fight crime at night, we are legally not allowed to say. #BloombergFacts#DemDebate

Things started to take a strange turn when supporters were asked to test their political knowledge and "SPOT THE MEATBALL THAT LOOKS LIKE MIKE" along with a photo of meatballs, one of which had Bloomberg's face on it.

Test your political knowledge:
SPOT THE MEATBALL THAT LOOKS LIKE MIKE. pic.twitter.com/CkzdgwpzdI

Mike has never taken a penny in campaign donations, but did once accept a Bed, Bath & Beyond coupon because he needed @Swiffer refills. #BloombergFacts#DemDebate

"Mike," as he is apparently referred to by staffers, dished out some hot takes on pizza.

And some sick burns on Trump.

One of the more interesting facts among the seemingly hundreds is that Bloomberg "can telepathically communicate with dolphins."

Another interesting fact? He plans on singing "Shallow" with Lady Gaga in lieu of an inaugural address, if elected. The world witnessing such an event is potentially a very good reason to elect Bloomberg.

In lieu of an inaugural address, Mike plans on singing “Shallow” with Lady Gaga. #BloombergFacts#DemDebate

The fun and games stopped when Bloomberg tweeted a clip of President Trump at a rally in Wisconson, a battleground state that is impactful in the fate of the 2020 election.

"This is not a joke," Bloomberg tweeted.

Now that my team @mike2020 has your attention, I think it's important that you see what @realDonaldTrump said to voters in Wisconsin tonight.

This is not a joke.https://t.co/ktFPQCIeqepic.twitter.com/74GoaKId1z

Meanwhile, Mike Bloomberg is not on the stage AND it seems his Twitter account was hacked: https://t.co/lq2Sh1ScY7

But Bloomberg campaign spokeswoman Gail Slayen told CNN the campaign was just "trying something fun." Apparently the campaign even warned supporters with an email saying it would be tweeting out "fun stuff."

"The debate is tonight. And since Mike isn't taking donations, he won't be on stage. But we'll be watching and tweeting stuff. Fun stuff. The very best stuff. Some say it's the best stuff in the world," CNN reported the email said. "Join us on the Team Bloomberg 2020 Twitter account if you'd like to follow along. We'd love for you to be a part of the fun."

More from Aol.com:
'This Is Us' star Mandy Moore campaigns for Pete Buttigieg: 'I’m so inspired by him'
Dave Chappelle endorses 2020 presidential candidate: 'Let’s do this for our kids'
Trump defends Bernie Sanders in his feud with Elizabeth Warren: 'I don't believe Bernie said that'