Lev Parnas implicates Trump on the eve of Senate trial 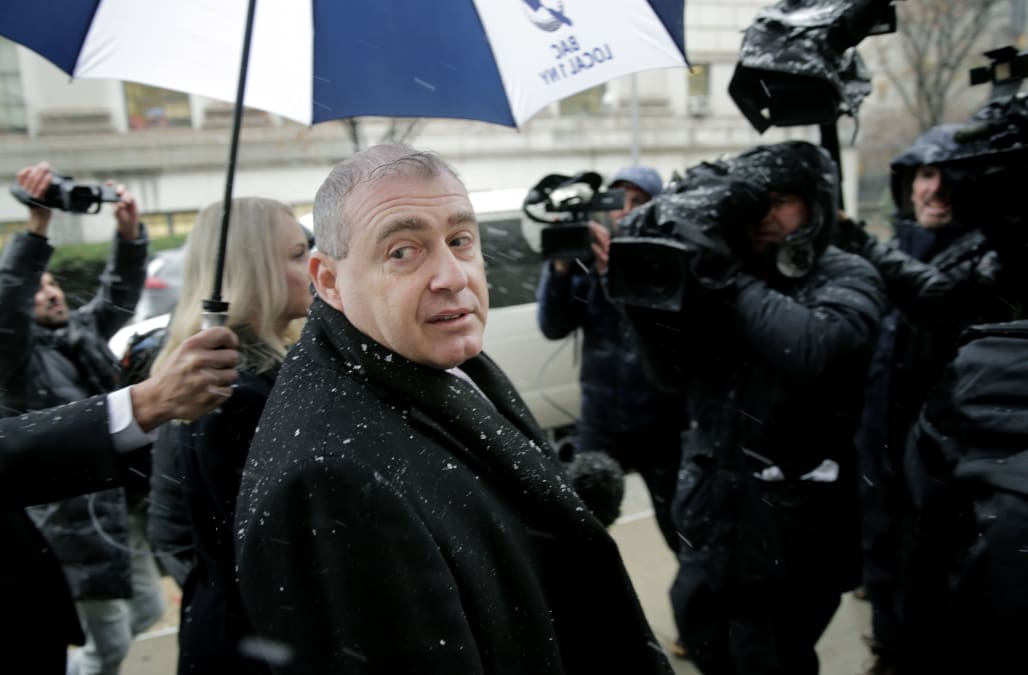 Lev Parnas, a key player in President Trump’s efforts to obtain a Ukrainian investigation of former Vice President Joe Biden and his son Hunter, gave a bombshell interview to MSNBC Wednesday that undercut the president’s defense just hours before the Senate was scheduled to begin his impeachment trial.

“It was all about Joe Biden, Hunter Biden and also Rudy had a personal thing with the Manafort stuff,” Parnas said of the efforts to convince Ukraine’s government to announce an investigation of the Bidens, “but it was never about corruption, it was strictly about Burisma, which included Hunter Biden and Joe Biden.”

Parnas, a Soviet-born U.S. citizen who has been indicted by the Southern District of New York on campaign finance violations, turned over notes, text messages and other information to House investigators Wednesday. In his interview with Rachel Maddow, Parnas said he came forward because “I want to get the truth out because I think it’s important to the country, it’s important to me.”

Trump has sought to distance himself from Parnas and Igor Fruman, both of whom worked with Rudy Giuliani, Trump’s lawyer, on the efforts to pressure Ukrainian President Volodymyr Zelensky to announce an investigation of the Bidens, and on the campaign to oust U.S. Ambassador Marie Yovanovitch.

“I don’t know those gentlemen,” Trump said in October about Parnas and Fruman, despite the fact that the men had been photographed together numerous times.

“He lied,” Parnas said, adding, “He knew exactly who we were.”

Parnas said the president was fully aware that he was working with Giuliani to secure Zelensky’s cooperation in an effort to tarnish the reputation of Biden, the leading Democratic candidate to run against Trump this year.

"Trump knew exactly what was going on,” Parnas said, adding he “wouldn't do anything without consent of Rudy Giuliani or the president.”

Maddow asked Parnas about a handwritten note made during a phone conversation with Giuliani that he turned over to House investigators that included the line: “get Zalensky [sic] to announce that the Biden case will be investigated.”

“That was always the main objective," Parnas said of Trump’s motive for pressuring Ukraine’s government.

Parnas and Fruman, who has also been indicted, were given access to Ukrainian officials that Parnas, a Florida businessman with no diplomatic credentials or official post, said he would not have received otherwise.

"Why would President Zelensky’s inner circle, or Minister Avakov, or all these people, or President Poroshenko, meet with me?” Parnas told Maddow. “Who am I? They were told to meet with me. And that’s the secret that they’re trying to keep. I was on the ground doing their work.”

The materials turned over to the House this week included text messages Parnas exchanged with a Trump campaign hanger-on named Robert Hyde. The messages referenced efforts to oust Yovanovitch, who was viewed as an obstacle to the deal Giuliani hoped to strike with Ukraine. Some of the messages had what appeared to be sinister overtones, implying that Yovanovitch was being followed and might be in danger, but Parnas downplayed that possibility to Maddow, saying he was only stringing Hyde along.

Parnas also told Maddow that Attorney General William Barr was aware of the efforts launched by Trump and Giuliani to discredit the Mueller investigation and procure an investigation of the Bidens.

“Mr. Barr had to have known everything," Parnas said, adding that he was in the room when Giuliani and others spoke with the attorney general.