Jimmy Garoppolo says torn ACL was a 'blessing in disguise' 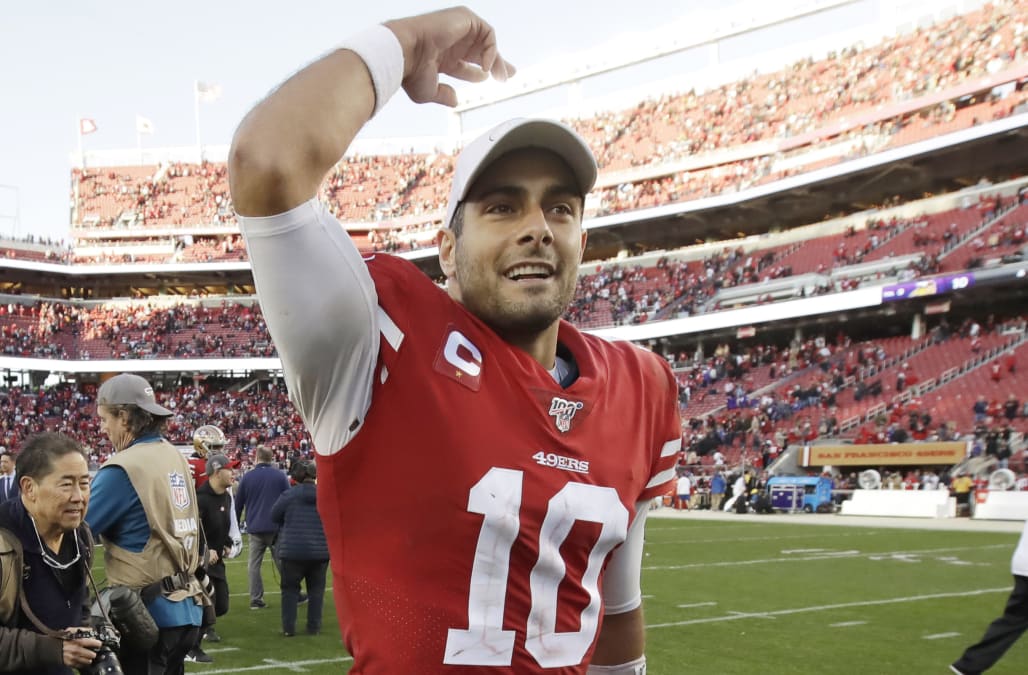 The San Francisco 49ers took the NFL by surprise in 2019. After going just 4-12 in 2018, the team rebounded in a major way, winning 13 games are earning the No. 1 seed in the NFC. With a win over the Green Bay Packers on Sunday, the 49ers would be Super Bowl bound. It would make one heck of a Cinderella story.

It didn’t have to be that way, of course. The 49ers could have rose to prominence a year earlier, but the team lost quarterback Jimmy Garoppolo to a season-ending ACL injury in Week 3. That injury may have robbed 49ers fans of another dominant season.

But Garoppolo doesn’t see it that way. Considering how well things have gone this season, the 28-year-old quarterback views his torn ACL as a “blessing in disguise,” according to NFL.com.

"Things have a way of working out," Garoppolo said Wednesday. "I always told myself it was a blessing in disguise, the ACL.

"We got (Nick) Bosa out of it. That's a pretty good trade-off, I guess. But yeah, things have a way of working out I guess. This ride is crazy."

He makes some compelling points. While the team struggled in 2018, it wasn’t for nothing. The 49ers earned the No. 2 pick in the draft, and selected standout pass rusher Nick Bosa. The 22-year-old Bosa has played like a star during his rookie season, racking up 9 sacks. He’s a significant reason the 49ers’ defense has taken a major step forward in 2019.

On top of that, Garoppolo finally stayed healthy. He played more than 6 games for the first time in his career and excelled, putting up 27 touchdowns against 13 interceptions.

Given all that, it’s fair to say things have worked out Garoppolo and the 49ers thus far. Based on how the next few weeks go, Garoppolo could have even more blessings to count.

Winning the Super Bowl a year after overcoming a catastrophic injury would be quite the turnaround.