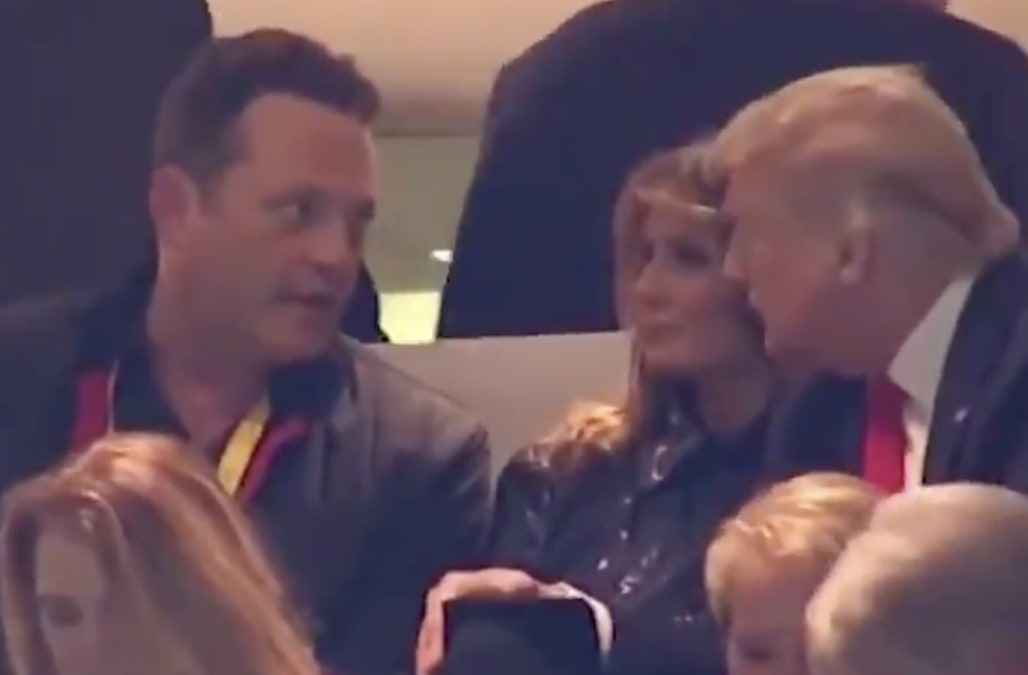 Vince Vaughn was seen chatting with President Trump and first lady Melania Trump at the national championship game on Monday in New Orleans.

In a 30-second video posted on Twitter by former Daily Beast writer Timothy Burke, the actor is seen sitting next to Melania and talking to the president before shaking his hand and walking away.

Since the video was captured in the Superdome, which was blasting Niel Diamond's "Sweet Caroline" as LSU beat Clemson 42-25, no one has any idea what the pair talked about.

I'm very sorry to have to share this video with you. All of it, every part of it. pic.twitter.com/ELMbDHZbZq

However, we do know they did not show up to the game together. A rep for Vaughn told People the actor and Trump "met this evening at the game briefly."

The 30-second moment is causing a firestorm on Twitter, as some are upset that Vaughn would even take the time to talk to the president.

"I’m not angry about Vince Vaughn, just profoundly disappointed. And I want nothing more to do with him. Once upon a time, I found him quite entertaining. Not anymore," one person tweeted.

Others are having trouble seeing the issue with their conversation.

"In recognition of the hate Vince Vaughn is getting for being civilized with the President, I’ll be watching Wedding Crashers today," someone else tweeted.

Vaughn is a libertarian and publicly supported Sen. Rand Paul in the 2016 election. In 2008 and 2012, he backed former presidential candidate Ron Paul.

The "Wedding Crashers" actor isn't the first celebrity to stir controversy for chatting with someone at a sporting event. Last year, Ellen DeGeneres came under fire for sitting and chatting with former President George W. Bush at a Dallas Cowboys game.

The talk show host defended sitting with Bush on her show at the time, saying that they are "friends."

"In fact, I'm friends with a lot of people who don't share the same beliefs that I have," she said. "We're all different, and I think that we've forgotten that that's okay that we're all different."

More from Aol.com:
Trump: "Doesn't really matter" if there was an imminent threat from Soleimani
Trump claims he ‘saved Pre-Existing Conditions in your Healthcare.’ How?
Trump trying to reopen talks with North Korea's Kim Jong Un: Report