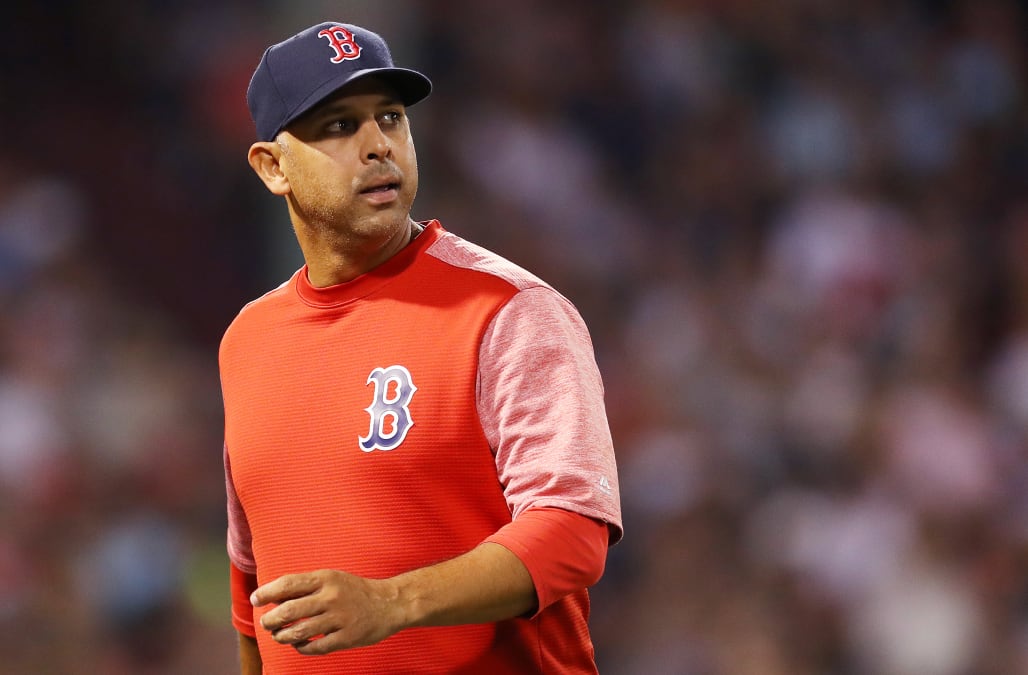 Alex Cora, who in 2018 led the Boston Red Sox to a World Series championship and on Monday was found by Major League Baseball to have played an integral part in the Houston Astros sign-stealing scandal as their bench coach, on Tuesday was let go by the Red Sox.

The team announced the parting as a mutual agreement. Cora was under contract through 2021.

“We agreed today that parting ways was the best thing for the organization,” Cora said in a statement. “I do not want to be a distraction to the Red Sox as they move forward.”

The club said, “This is a sad day for us. Alex is a special person and a beloved member of the Red Sox. We are grateful for his impact on our franchise. We will miss his passion, his energy and his significant contributions to the communities of New England and Puerto Rico.”

The decision comes as MLB initiates an investigation into alleged illegal sign stealing by the Red Sox during the 2018 season, under Cora’s watch. Any discipline would amount to a second strike against the Red Sox, who in 2017 were fined for stealing signs by using an Apple Watch. Commissioner Rob Manfred warned teams then that further technology-driven incidents would bring severe penalties.

What appeared to be a promising managerial career began to fray in the aftermath of the Astros investigation, in which Cora, as Astros bench coach in 2017, was found to have ordered the installation of an illegal monitor near the Astros’ dugout and assisted players in the systematic stealing of signs through technological means at Minute Maid Park. Upon conclusion of its investigation into the Astros, the league undertook a second investigation, this into the 2018 Red Sox, who were accused of using video rooms to study and decode catchers’ signs, which is against league policy.

In his statement summarizing and issuing discipline for the Astros, which included suspensions of a year for general manager Jeff Luhnow and a season for manager A.J. Hinch (owner Jim Crane subsequently fired them both), Manfred delayed his decision on Cora’s fate.

The statement read: “Cora was involved in developing both the banging scheme and utilizing the replay review room to decode and transmit signs. Cora participated in both schemes, and through his active participation, implicitly condoned the players’ conduct. I will withhold determining the appropriate level of discipline for Cora until after the [Department of Investigations] completes its investigation of the allegations that the Red Sox engaged in impermissible electronic sign stealing in 2018 while Cora was the manager.”

Well-liked in a game in which he spent 14 years as a player, three years as a television analyst and four as a coach or manager, Cora also has been a steady advocate for his native Puerto Rico. Following the Red Sox’s World Series championship, he did not accompany the team to the White House, citing the government’s response to Hurricane Maria, which devastated much of Puerto Rico in September 2017.

Going into the 2020 season, he was one of six men of color to hold managerial positions. Another, fellow Puerto Rico native Carlos Beltran, the new manager of the New York Mets, was the only player to be named in the league’s report on the Astros and illegal sign stealing. The league declined to penalize players for their roles. Beltran retired after the 2017 season.

Cora’s absence in Boston further scrambles the dynamic of a team that fired its general manager, Dave Dombrowski, in September, less than a year after winning the World Series. Chaim Bloom, formerly of the Tampa Bay Rays, was hired to replace Dombrowski at the end of October. He took over a team that had underachieved in 2019 and carried the largest payroll in the game. There were rumors he might choose to trim salaries by trading outfielder Mookie Betts, who would be a free agent after the 2020 season, and left-hander David Price, who has had four mixed seasons in Boston and is due another $96 million over the next three seasons.

Ron Roenicke, who managed the Milwaukee Brewers for 4 ½ seasons, serves as Red Sox bench coach and could be considered to replace Cora.