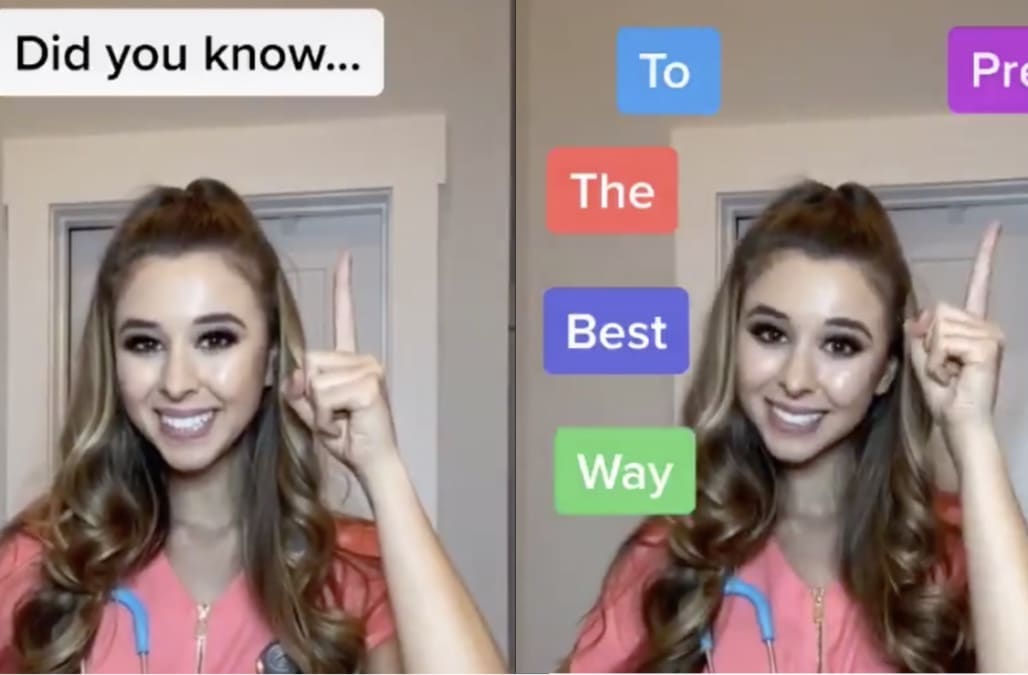 A nurse with a massive social media following is facing backlash after posting a video that many criticized as promoting a “dangerous” way to prevent sexually transmitted diseases.

The woman, who is known as "Nurse Holly" to her 1.7 million followers on TikTok, released a clip recommending the "best way" to prevent sexually transmitted diseases.

In her video, Nurse Holly — who has not publically shared her last name — can be seen wearing a pink nurse’s uniform while dancing and pointing to a series of words, which spell out one simple message.

"The best way to prevent STDs is waiting for sex until marriage. Just the truth," her video states.

Holly’s clip, which has since been deleted, has been shared widely on other social media platforms, where many have been critical of her advice.

if i go to get tested and the nurse tell me i should have waited till marriage SOMEONE is getting knocked tf out pic.twitter.com/cVnNENVIBi

"If I go to get tested and the nurse tells me I should have waited till marriage SOMEONE is getting knocked [the f***] out," one user tweeted after sharing the video.

Others chose to respond with videos of their own, condemning Nurse Holly’s abstinence-first message as “irresponsible” and suggesting their own medical advice instead.

"So tired of nurses acting a fool on their large platforms," one Twitter user wrote, along with a video that mirrors Nurse Holly’s clip while openly criticizing it. "Promoting irresponsible and biased rhetoric regarding public health in an effort to go viral is so low and so so dangerous. Abstinence teaching does not equate to safe sex."

So tired of nurses acting a fool on their large platforms. Promoting irresponsible and biased rhetoric regarding public health in an effort to go viral is so low and so so dangerous. Abstinence teaching does not equate to safe sex. So here’s my response 🤷🏻‍♀️ pic.twitter.com/vTlX5KbvCK

Another video, featuring a woman dancing while explaining that people aged 12 and older can see a doctor for STD treatment and pregnancy tests without their parents present, also went viral following Nurse Holly’s controversial video.

That clip, posted by TikTok user @eatroamheal, has now been viewed more than 10 million times on Twitter alone.

I really felt like this needed to be shared. pic.twitter.com/sZHmZOJRoQ

After removing the clip from TikTok, Nurse Holly addressed the controversy publicly, telling BuzzFeed News that she made her clip for the young girls who follow her, so they can understand "that there can be benefits of saving sexuality for one partner."

"I understand that my voice will not be accepted by many as it’s an unpopular view," she added. "This video was simply created with the intention of helping little girls see that saving sex for one partner may have certain benefits."